Short supplies of citrus and grapes, lots of opportunities for China

The citrus season was in full swing back in March, but not without a few bumps in the road. Although the market in Spain was described as 'commercially acceptable', the country was faced with low supplies. The expected short season in Spain gave hope to South African citrus growers that they might be able to benefit from the decreased supply on the EU market. 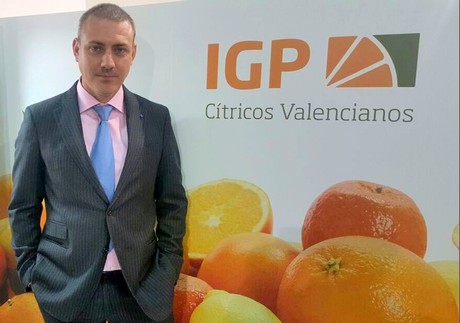 "Demand has been very intermittent, especially in November and December, when we thought the goods would reach the market more easily and at higher prices," he points out. "During this last stretch of the season, prices still fail to reflect the reality in terms of product availability, even though the prices currently paid at origin for the fruit are high." pointed out José Enrique from IGP Cítricos Valencianos.

Despite the better prices paid, producers have suffered the impact of the great shortage of fruit, down by 30%; this has not allowed them to increase their profit margins by much, as they have remained slightly above production costs. "It has been a far from superb year for citrus growers."

South African citrus growers were positive at their prospects in the EU market, although they also said that it was still to early to predict the season at the beginning of March, growers were hopeful that the introduction of many newly planted orchards into production would help volumes. 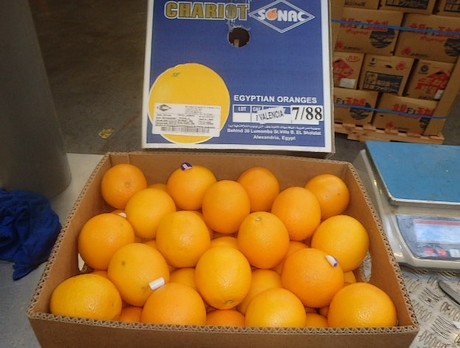 Many Mediterranean countries were also plagued by a difficult citrus market.

According to Joey Deen from Dutch importer Denimpex, "citrus production in the entire Mediterranean region is lower, this goes for both Spain, Italy, Greece, Morocco and Egypt. Denimpex hasn't played a role in importing Egyptian Navels this year."

"We found the prices too high, as there were still a lot of Greek product on the market that were considerably cheaper. This is why we are only doing Valencia oranges this season," said Joey.

"The demand is increasing at the moment, Greece is almost empty and this is mainly causing more demand in the eastern European countries and so more sales. When Spain is empty, people will have to switch to Egypt, as South Africa is expected to be late and have less available due to the drought."

A Chinese importer shared at the time that they saw opportunities in the highly competitive citrus market.

Charleston Xiong on a visit to Good Life, a dragon fruit grower in Vietnam.

“The current citrus import market is very competitive. There are large supplies of overseas oranges available, coming from the US, Egypt and Spain, and the current economy is not performing very well. I believe, however, that these harsh conditions pose opportunities for growth,” says Charleston Xiong of Nan Feng Green Tree Import and Export. The company is large producer and exporter of baby mandarin, which season runs from September to December. Last year, Nan Feng Green Tree has launched an import branch that is directly sourcing fresh fruit globally.

“The production and import of citrus fruit is our main business, and we want to expand our production. However, I believe there are opportunities on the fruit import market. The current market is very competitive and the economic situation in China, and abroad, is not good. The circumstances to survive as a business are difficult, and only professional companies will be able to survive. Businesses that cannot deliver a stable supply of good quality products will not make it. This gives us the opportunity to grow.”

China strengthens EU position
A report was brought out in March, stating that The People's Republic of China is now among the ten largest suppliers of vegetables to the European Union (EU), although this is little more than an anecdote, because its volume of sales represents only 1.35 percent of the total, while vegetable sales made to the EU by the first three countries on the ranking, the Netherlands, Spain and France, account for 51.48 percent of the total.

At one point the conference was interrupted by the announcement that Mission Produce, Lantao and Pagoda will a launch a joint-venture to supply ready-to-eat avocados to China.

The conference was launched by a joint presentation on the current state of the fresh produce industry by Cathy Burns and Bryan Silbermann. This was followed by a presentation by Mabel Zhuang that outlined the growth of the Chinese fresh fruit import market. Tim York, CEO of Markon, headed a panel on food safety. On the panel, Keith Refsnider, the Global Food Safety Program Director at Driscoll’s, explained how the company has dealt with the introduction and implementation of food safety and hygiene best practises among its workers in China.

The Market Tour organised by the event was attended by a number of international guests that represented growers, importers and exporters, and logistics service providers. This included, among others, The Wonderful Company, Melissa’s, Sun World International, Chucho Produce, ZZ2 and T&G.

'Off season' difficult for grapes
Unfavourable weather conditions in Chile meant tight supplies and high prices and had US and EU importers competing for supplies in March.

"We didn't have any problems while the South African season was still on-going, but now the off-season has become really tough, mainly because Chile, on which we usually rely at this time of the year, has been shipping more and more to the United States, to the detriment of the European market, as the prices paid by the U.S. are much higher. Furthermore, Chileans are increasing their direct exports to the UK without going through the port of Rotterdam," explains Miriam Cutillas, from Spanish importer Uvasdoce.

The supply shortage gave India's grape season a flying start. However, the country is still working on improving quality in order to meet European standards. The Thompson Seedless is the most important variety, a grape that is popular in the European market and which Indian producers have managed to secure their position.

More about the grape situation during that time can be read in our Global Grape Market report from March.