Divisions of Greenyard Foods second and fifth in Europe

On November 24th Nokilo and Pinguin, divisions of Greenyard Foods, celebrated their anniversaries. In recent years both companies have become major players in the canned- and frozen food industry. The evening was filled with invited guests from the four companies that fall under Greenyard Foods, the other two being Univeg and Peatinvest. The chairman and CEO from Veiling Haspengouw was also present, Univeg has been working together with Veiling Haspengouw since last year. 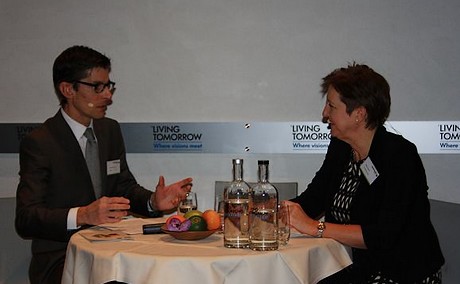 The guests were welcomed by the evening's host, Oliver Schalbroeck. He discussed the history of Noliko and Pinguin together with Marleen Varsen, CEO of Greenyard Foods. 50 years ago the companies started working on their growth almost simultaneously. Marleen Vaesen said that the founder of Noliko, Jan Spaas, came up with the idea of starting a cannery for vegetables. "Jan went in search of capital, secured 80 shareholders and started Noliko. On the other side of the country the Dejonghe brothers wanted to start a freezer plant at almost the same time. They had been in the Netherlands and wanted to introduce this in Belgium. They were the very first ones in Flanders with a freezer plant. The name 'Pinguin' was coined while they were enjoying a drink. The Dejonghe family wanted to choose between a polar bear and a penguin, and the penguin won." 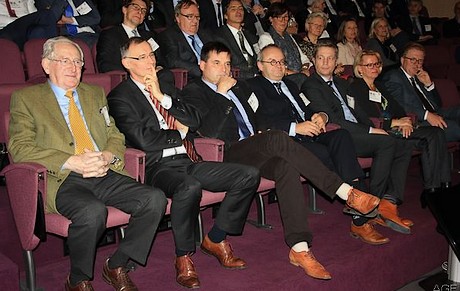 Top two and top five
Currently, Hans Luts is the Managing Director at Pinguin and Dominiek Stinckens fills this role at Noliko. Noliko has a turnover of more than 222 million Euro and belongs to the European top five. Pinguin is number two in frozen vegetables with a turnover of more than 400 million Euro a year. Pinguin sells their products in 80 markets and on five continents. Marleen: "Pinguin's first harvest was 125 tons of frozen spinach. Today, the plant in Westrozebeke, Belgium produces 80,000 tons of frozen vegetables a year. Noliko started with canned peas and now has the largest cannery in Europe, with a covered factory area of 34 acres." Pinguin and Noliko's growth was not always without problems; but every business has difficult times. You are a lot stronger after you get through those tough times," says Marleen. "You can see that in the success of these businesses." 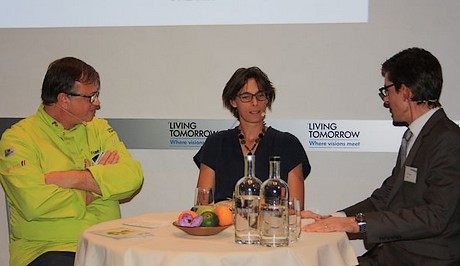 Quality
There are weekly audits carried out by external companies to ensure the quality of the products, "We produce private labels. Stores are of course concerned about the guarantee of quality. This is why they regularly come check things out." According to Marleen, another important element of success is their consistent customer focus, "At both Pinguin and Noliko the customer is at the center. In addition, we continue to invest in our factories, which has contributed to our success. Sustainability is another important part of our business. We live in and with nature so it is crucial that as a company we respect nature and deal with it in a sustainable way. These are the key elements of growth." 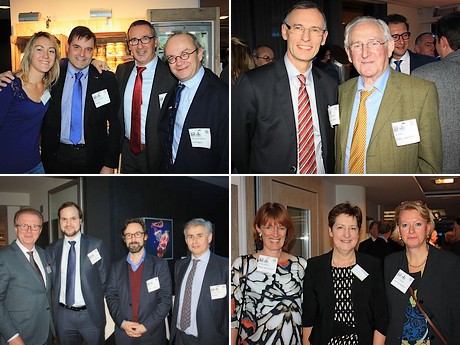 Future
The CEO is positive about the future for both companies, "We have all the elements we need to continue growing. This year we made a very important step by merging with Univeg and Peatinvest." Greenyard Foods mission was repeated multiple times throughout the night, both by Marleen Vaesen and Hein Deprez, "Helping people lead a healthier life by letting them enjoy fruits and vegetables at every moment of the day in an easy, fast and delicious way, and doing this all with respect for nature."
Many people were involved in the success of both companies, "Employees and management have worked passionately for years to achieve growth." Marleen thanked many people, including the founders of the companies, Herwig and Koen Dejonghe and Jan Spaas, "I also want to say a special thank you to Hein and Veerle Deprez. They joined Pinguin in 2006. Hein is an entrepreneur and the driving force behind the group. His passion and vision is to thank for our quick and continued growth." All the growers and consumers were also thanked. Attention was also given to the current Managaging Directors of Pinguin and Noliko, Hans Luts and Dominiek Stinckens respectively.

Frank Fol and Tia Hellebaut
Tia Hellebaut won the gold medal in the high jump in the 2008 Olympic games. She met Frank Fol when he became her nutrition coach. Frank has created a diet and cooked for Belgian athletes during the Olympic games on two occasions, "With his healthy dishes, Frank ensured that I was well coached on nutrition and received great meals. He made different meals for each athlete, depending on what their sport was. My favorite was the soup."

After the presentations guests were able to network and enjoy delicious dishes made by vegetable chef Frank Fol.