We initially expected the demand to be high, given the lack of oranges on the market, but sales remain sluggish despite the winter temperatures. “The market is now more balanced. We are ending the season of oranges from countries in the southern hemisphere, like South Africa, which are now replaced by oranges from the northern hemisphere, mainly from Spain and Portugal,” explains Mourad Ben Salem, manager of MedEssor based on the Rungis market. “This season is characterized by a lack of supply on the market, which generates relatively high prices. But the demand remains low despite the more limited offer.” 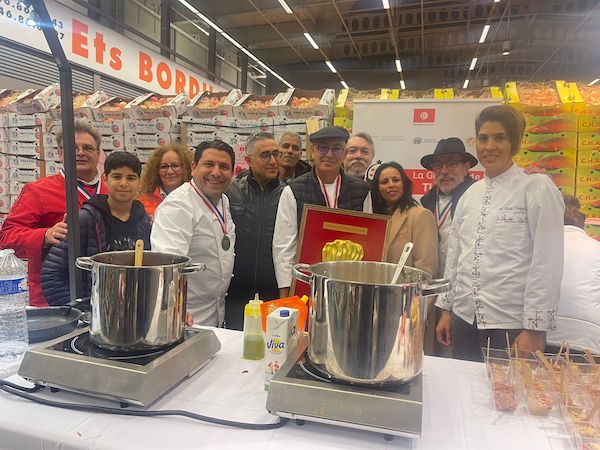 High prices vs. low consumption
The current gloomy and inflationary context is certainly not favorable for consumption, and the high prices do not encourage the demand either. “The Portuguese oranges are sold at 0.90 to 1.20 euro/kg [0.95 to 1.26 USD/kg] and the Spanish ones at 0.50 to 1 euro/kg [0.53 to 1.05 USD/kg]. Such relatively high prices tend to slow down sales. In reality, we are in a bit of a vicious circle. The harvests are smaller and producers are faced with increasing production costs, so they really want to better value their goods. We therefore buy less but at a higher price, and we also need to pass these increases onto our clients if we want to keep our margins. Our clients react the same way we do and prefer to buy less, even if it means increasing the margins in the store.

"In this context of a fluctuating market, there are no forecasts for purchases, which are made on a day-to-day basis. The current uncertainty has affected the purchasing power, and we now end up having to compensate for the increase in costs with high margins rather than by selling volumes.”

This is a generalized observation for the entire sector, since the situation is the same for many other fruit and vegetables. “Last year, for example, we were selling two to three truckloads of persimmons each week. Today, we are down to two to three pallets a week.”

Expected decrease of 30 to 40% in volumes for the Maltese oranges from Tunisia
The volumes may be lacking but the quality of the Portuguese oranges definitely meets the expectations. “The oranges are very juicy, sweet and with a beautiful color. We are also very pleased with the Spanish oranges, although they still lack a bit of color. And of course, as always, we look forward to the famous Maltese from Tunisia. Like the other Mediterranean oranges, the volumes will be more limited this year.” The first Maltese from Tunisia will arrive around the 10th of January. We currently estimate a decrease of 30 to 40% for the 2023 harvest, compared to the previous year. 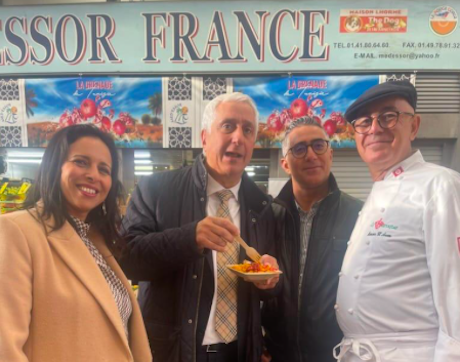 The pomegranate of Tunisia promoted on November 18th
Besides the Maltese of Tunisia, MedEssor is also trying to develop the pomegranate of Tunisia. To do this, the wholesaler organized an event with Gifruits on November 18th to promote the product and show the many ways to cook this fruit. “It was really a nice day of tastings with several chefs from the French Cooking Academy, as well as the Tunisian Academy. They presented warm and cold dishes with scallops, shrimp or couscous to show that the pomegranate can be cooked in many ways. 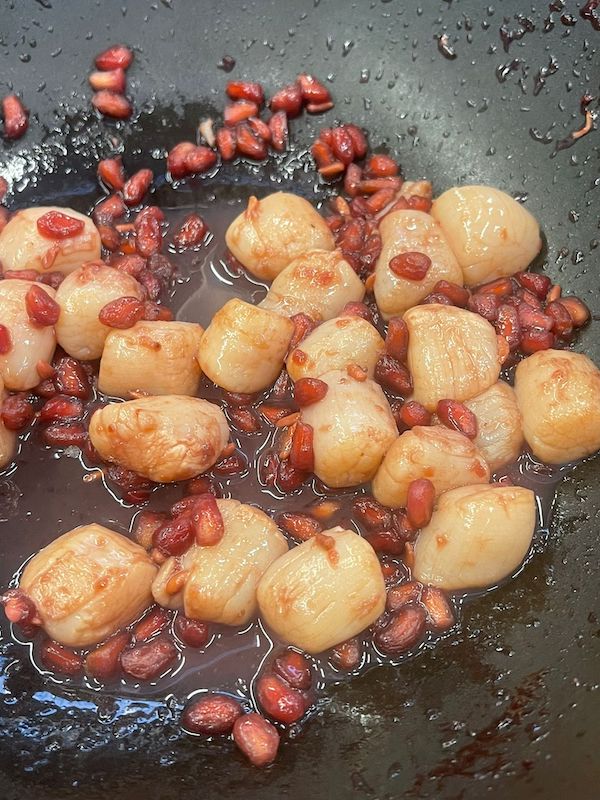 Many operators came to Rungis, colleagues and clients, and even Stéphane Layani paid us a visit. The goal was really to promote the Tunisian origin, which is less well known than the Spanish one but deserves to be known for its interesting taste quality. We have planted a lot and hope to develop the French market in the coming years, especially since the pomegranate has really been enjoying an excellent reputation, becoming part of the consumption habits of the French.”