Blueberries are considered a superfood due to their high content of antioxidants, vitamin C, potassium, and fiber

Chilean blueberries, a superfood consolidating in the world

In recent decades, Chile has become an exporter of a huge variety of foods that currently reach more than 170 markets, complying with demanding production standards and world quality, thanks to a strong collaboration between public institutions and the private sector. Chile is a reliable, sustainable supplier. Its agricultural sector has a strong respect for tradition and origin, with thousands of people in the different phases of production that have a special bond with their land and territory.

Chile is currently the leading exporter of fruits in the southern hemisphere, with special leadership in cherries and plums. The country also has a huge range of fruits in its export portfolio, including blueberries, a fruit that it started to cultivate for commercial purposes in the mid-1980s. This crop started to expand at a greater degree in the 1990s, with a large number of varieties adapted to the geographical conditions of the central and southern areas of the country.

In fact, with a length of more than 4,000 kilometers, the country has a wide range of agricultural conditions that are favorable for this crop. According to expert analysis, the planted area increased by 4,000 hectares in ten years (+30%), while exports of fresh blueberries increased by 23%, reaching a maximum of 117,000 tons in the 2020/21 season.

This has allowed the country to position itself as one of the world's leading exporters of fresh blueberries. Chile achieved a shipping record during the 2020/2021 season, with a 6% increase in volume compared to the previous season. Varietal replacement and the new pre-harvest and post-harvest technologies implemented have influenced this increase. 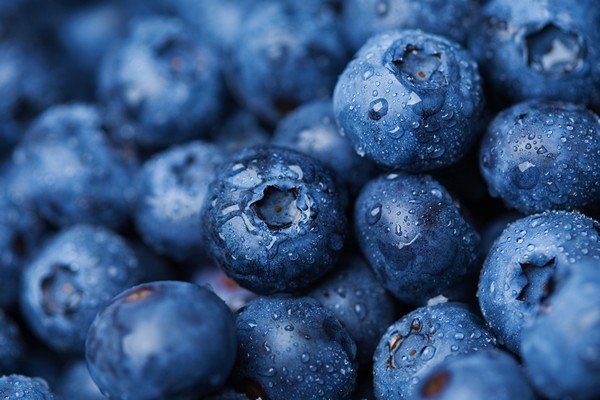 The global blueberry market is quickly growing. According to a report by Rabobank on planetary trends for blueberries, the main producing countries are striving to increase and improve their supply, while destinations increase and sophisticate their consumption. The report also projects production increases in Peru and Mexico. The same projections suggest that global blueberry exports could exceed one million tons in the 2025/2026 campaign, well above the nearly 750,000 tons exported in the 2021/2022 campaign.

“According to the unit of analysis of the Dutch financial institution, per capita consumption in the US could exceed 1.5 kg per person per year and by 2027 the EU-27 and China could have a cumulative growth of nearly 100% and 200% over 2021 levels, respectively.”

Chile exports its blueberry production between November and early April. This season's production is expected to be very similar to the 2021/2022 campaign. In parallel, Chilean producers have been improving the varieties so that the fruit better expresses its flavor and sweetness. This has also meant leaving some of the previous varieties for frozen fruit production and other industrial uses.

Europe is the second most important market for Chilean organic blueberries, with a 20% share in the 2020/21 season, which meant the volume exported to this market increased by 17% over the 2019/20 season. In total, the country shipped 4,100 tons, i.e. about 600 tons more than in the 2019/20 season. This is also thanks to the equivalence agreement between Chile and the EU on the equivalence of standards for the certification of organic products. Today, fresh blueberries reach markets such as the Netherlands, Germany, Spain, Italy, and France, among others.

Under the Association Agreement between Chile and the European Union, Chilean blueberries enter the market duty-free and, from a phytosanitary point of view, only require proper inspection.