South African grapes in the Far East: “We never know what to expect from Peru” 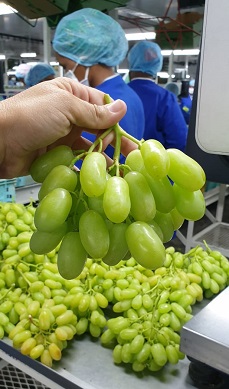 The European grape market is empty, as the Peruvians have sent more to the USA, but there is still the chance that Peru could crowd South Africa in the Far East.

“The amount of product that Peru has been putting on the market has strongly grown over the past decade,” explains Leon de Kock, CEO of Grape Alliance.

“Where before they’d sporadically cause us some headaches in the Far East, they have now become a real force in the market, for a very long period of the window, and they have good varieties.”

The competition between Peru and South Africa is less direct in Europe, for which grapes are mostly packed in 500g punnets, than in the Far East which receives grapes in 4.5kg cartons (in South Africa’s case) and 8.2kg cartons (in Peru’s case).

In fact,” he continues, “they can keep you out of your market segment for an entire season. They’ve become formidable competition.”

Problem is, it’s difficult to tell if it will again happen this year. 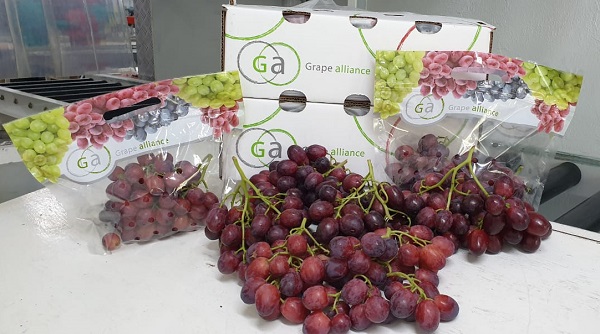 Early window owned by Namibia
The European market is empty as a result of around 40% less Peruvian and Brazilian grapes. “Vessels are moving fine, not too many problems there. I think sales will do well when we arrive in the market in week 49. The market is good and in my opinion, it will remain good until week 2 or 3,” he says.

“Namibia looks very good and pretty much everyone’s packing,” he says. “The berry sizing looks right on par, no surprises there. The season isn’t really early, it’s nicely on time.”

The early window (weeks 45 to 48) consists mostly of Namibian grapes this season.

Exports from Limpopo are currently reduced due to recent rain and hail. Grapes now harvested are more earmarked for local sales. The impact on the later cultivars should be less, he reckons.

Meanwhile, a shift to more sought-after mid- and late-season cultivars means that the Orange River now peaks about three weeks later, by around week 51.

"In my opinion, the European market will remain good until week 2 or 3"

Euro-USDollar parity has massive impact
“The South African Rand exchange rate is fairly ok. For us to have a fair season, we need a currency exchange rate of around R18,50 on the Euro. We’re not quite there yet.”

The equal strength of the Euro and the US Doller is having a massive impact on exporters’ books and it’s placing an increase of 8% on a shipping bill at the moment.

“Everyone’s shipping bills are in dollars but,” he points out, ”we’re paying for it with fruit we sell in Euros.”

A small mercy is that shipping rates are not up, although rates have a long way to go to reach pre-pandemic levels.

The economic impact of shipping rates on the viability of grape businesses cannot be underestimated: “Worldwide the grape industry is to a large degree on its knees, and to a big extent that has been because of logistics, vessels that were late and so forth. I think we need a bit more relief before we can say we’re winning this battle.”