More than 150 people attended Australia's first phytosanitary irradiation forum in Melbourne today, with the aim of ensuring that the treatment continues to be developed effectively to protect and grow Australia’s horticultural industry.

Phytosanitary irradiation use in Australia has grown significantly over the past year, with over 55 Australian-grown crops using it to reach domestic and export markets. Steritech's Fresh Produce Business Manager Ben Reilly says it is important to maintain perspective because there is often a mix-up of perception and opinion versus reality and science, and

"We really need to separate biosecurity and consumer marketing because they are two very different things," he said. "We should certainly focus on the benefits and make our end goal to deliver a better product to the market as opposed to approaching it in a negative way by looking at the challenges. A lot of the research and opinions are generated from market assessments and consumer research that were never conducted where a consumer purchased or had even seen irradiated products. What we are seeing is commercial sales are directly answering that and saying that there is definitely a demand for it. So, the advice is to make people aware of the actual successful retailing around the world. We also need to provide easy access to information for the proactive consumers who are interested." 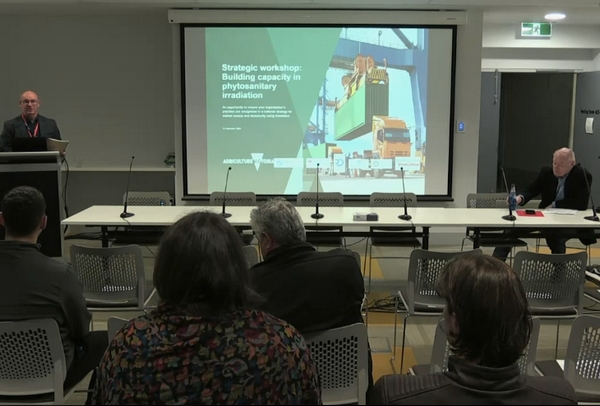 This half day workshop, hosted by Agriculture Victoria, was held in Melbourne with the option of in-person or online attendance. Mr Reilly says it was important to give attendees the opportunity to join a broad group of stakeholders from retail, industry, research, and government organisations.

"Everyone is here today for two reasons. The first one is to get consumers better produce, and secondly because we want to reduce the spread of pests that could prevent us from growing great fruit in Australia and trading it with the rest of the world," Mr Reilly explained. We need to ensure food standards are developed in our trading partner markets; some already have them and we need to focus on trade protocols with those markets. On the commercial side, we need to focus on the treatment facility access, and luckily Australia has two world-leading irradiation facilities for fresh produce. The first fresh produce whole-pallet irradiator was built in Brisbane in 2002, and Australia led the way with the first x-ray whole pallet facility in Melbourne. So, in Australia, we are fortunate to have all three 'hard barriers' addressed. We are one of the leaders in food standards, we have a great generic food standard. It can be a bit cumbersome with labelling requirements, particularly given the treatment is often done after packaging." 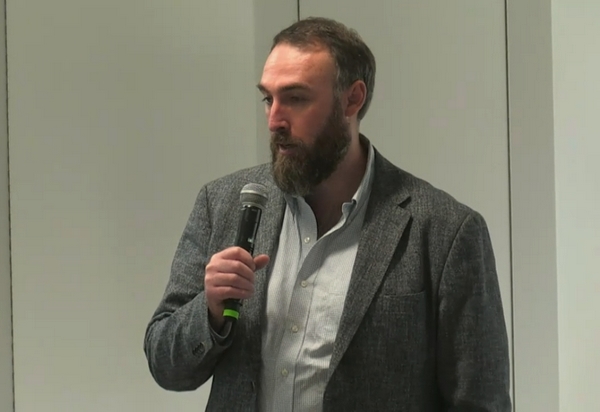 Steritech is also looking to work with advocates across the industry to spread the message of successful retailing stories globally. Mr Reilly says growers, producers, wholesalers, and government agencies all have a role to play in the team effort of communication that focuses on the benefits, rather than just the science behind the treatment itself.

"We are seeing sales growth, and we would not be seeing that growth without acceptance and consumer demand," he said. "We are seeing real trade data actually disprove the consumer resistance claims. A tremendous example of where the labelling requirements have been flipped is down in Tasmania, where the retail stores are importing 55 different crops to fill independent retail shelves. Rather than labelling every shelf or piece of fruit, we can label our produce sections, using technology and QR Codes. They are focussing on a positive message to address the needs of the audience/consumer. They are talking about what they are protecting; they are protecting Tasmania from fruit flies, using a chemical-free x-ray treatment. But it is not presented as an overload but a positive spin."