Frost could have major effect on apple season

Freezing temperatures in Poland have resulted in damaged crops. Although the extent of the damage is still unknown, it is certain the Polish farmers will lose some of the produce. The frost has effected apples and all kinds of soft fruit. It will take a couple of months to fully understand the consequences of the unfortunate weather conditions.

“There is some damage to the blueberry plants for sure. In some parts of the country the temperature dropped to minus 7 or 8 degrees Celsius,” said Dominika Kozarzweska, president of blueberry exporter Polskie Jagody. “The weather has been bad all week, all over the country, so precautionary measures were taken, like putting on the overhead or using the sprinklers, but of course this doesn’t mean all damage has been prevented. However in terms of how much damage has been done; it’s a little too early to assess. It could be anything in the range between 10 per cent and 40 per cent.”

“Our apple orchards are located in Grójec, Warka, Biala Rawska region. The frost/temperature has been totally various in these regions. In Warka, the lowest temperature was around -7 degrees Celsius, in the Grojec region temperatures varied from 0 to -5, while in Biala Rawska the temperature was around -2,5 degrees,” said Emilia Lewandowska, sales manager for Fruit-Group. “Sometimes in one region there were even differences between villages, so the temperature of frost was strongly diversified. It’s too early to speculate about the fruit, volume of the crop and percentage of destroyed flowers. For sure something was destroyed by this frost, but the volume of this consequences will become known in future months.” 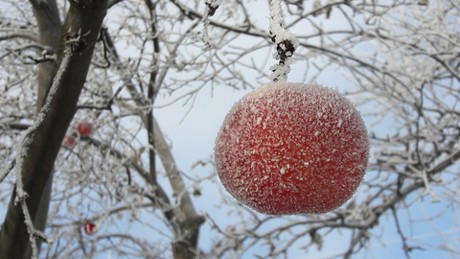 The apple exporter Sarafruit seems to have gotten away unscathed, says Mohamed Marawan: “The farms of Sarafruit are located in the Eastern part of Poland, they name it ‘Green lungs of Poland’. The name of the city is Bialystok, near the Russian border. The region is used to colder weather, as it’s continental weather. The cold stays here longer than in the rest of Poland, the vegetation of the trees there starts later, so it is not the same as the middle and south part of Poland. I don’t know what the effects of the frost will be in the middle and Southern part of Poland, but in our area everything is fine.”

Marcin Swiatek claims the damages for the apples of Bialski Owoc Sp. don’t seem to be that big: “Our farms are located in the central and south eastern part of Poland. Although the last few days have seen some frost, from what I hear it’s not the apples that have the biggest problems. The larger damage will have been done to the farms that grow cherries and other faster flowering fruits. Of course some apples will have a little damage, but we will have to see. So far we’re not too worried yet.” 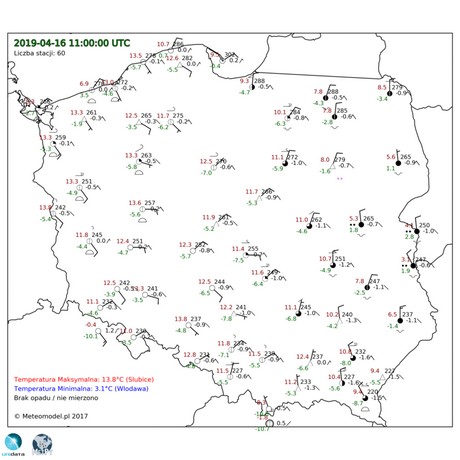 We’re located in the southern Mazovia region, to be more precise we have our apple orchads in the commune of Wilga and Sobienie Jeziory (mostly Wilga). The amount of frost depends on the place where the orchard is located, whether it is on a hill, in the lowland, whether the area is warmer or colder, etc. but the temperatures fluctuated between -2 and -4 at a height of 2 meters, even to -5, -6 at the ground. It’s hard to say what the results will be right now, I think we’ll see more in the next few days," says Dominika Koc, quality and export manager for apple exporter WilSad Ltd. "Most of growers in our region were using a frost protection system, which is installed in most orchards. In these orchards there is practically no damage. The problem lies in the orchards where there’s no such system installed, but also this situation is very diverse and depends on the location of the orchard. At the moment, we can say that the biggest damage of blooms is in the varieties from the group of Jonagold and Idared but we will determine their scale in a few days."

It's hard to say when there will be more information on the damages, but it is expected the consequences on the total Polish crops will be known in a couple of months.