Cape Town consumers have greeted the caviar, or finger, limes on the shelves at Constantia Pick n Pay with incredible enthusiasm, says citrus food technologist Rebecca Fifield, and there’d be more if a freak summer storm hadn’t reduced the crop.

“They sell out within a day of reaching store and we’ve had many enquiries about them. Some customers want to place orders for them too.” 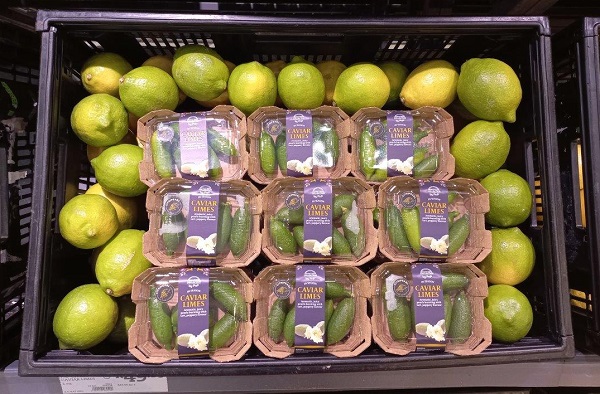 The caviar limes are packed in paperboard punnets with a lid and label, both containing recycled materials while the punnet can be fully recycled (photos supplied by Pick n Pay)

Caviar limes will be available from December to May “but we may be lucky and the season is longer,” she remarks.

She considers the TV series Master Chef to probably have played a role in introducing South Africans to caviar limes. 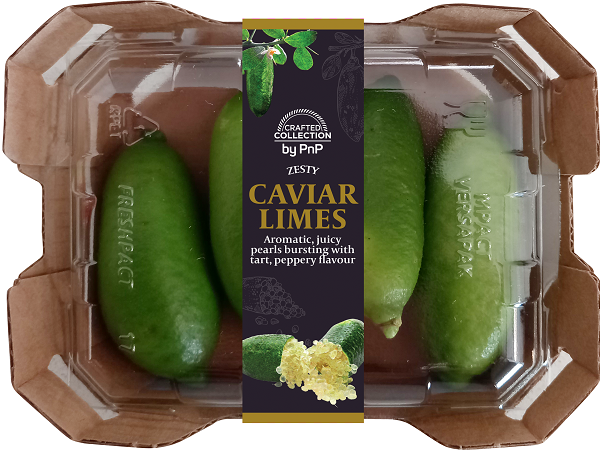 Rebecca had long wanted Pick n Pay to be able to offer the Australian citrus fruit which, as far as she knows, has not been available in South African retail before.

“For years I’ve been looking for finger/caviar limes and not many people knew anything about them. The only possibility of seeing them was through importing at huge expense.”

After last year’s FreshPlaza article on Pick n Pay’s Pink Tiger lemons, another citrus novelty that Pick n Pay sought out, she was contacted by the owners of CitriPearl™. 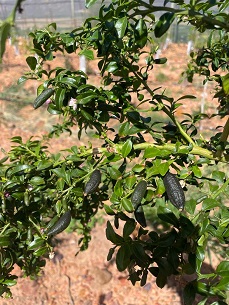 "CitriPearl™ had been growing caviar limes in the Western Cape, perfecting their growing techniques and they're trialling other exciting varieties."

“The volumes are very small at the moment because just before launch the main production area was hit by freak summer storms and most of the crop was destroyed,” Rebecca says.

“We planned on sending product to a lot more stores but for now it is just Constantia in Cape Town. The volumes are slowly but surely growing and as they do, they will be sent to more stores.”

The pearls of the caviar lime can be eaten raw or cooked (which doesn’t affect its texture) and it freezes well.

“There are so many uses for them in food. They’re amazing in cocktails, G&T’s, champagne, sprinkled on salads, in chicken and meat dishes and of course with seafood dishes. The aroma and flavour is something that you must experience for yourself. The lime is of course there but they’re also peppery and burst with juiciness in your mouth.”