Benicarlo's artichoke campaign is taking shape. The harvest began two weeks ago with a slight decrease in the production of the Blanca de Benicarló variety (a native variety), despite the increase in the planted area. 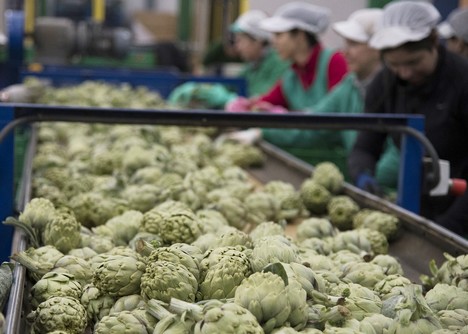 "We've been harvesting artichokes for the fresh market since the beginning of November," stated Carlos Miravet, Benihort's vegetables' commercial manager. "Despite having expanded the area by 5 to 10% over the previous year, so far production has been somewhat lower than last year on the same dates because the rains affected some plantations of the Blanca de Benicarló variety. Fortunately, the arrival of the cold is greatly improving the quality of the product. The production volume is also recovering," he added. 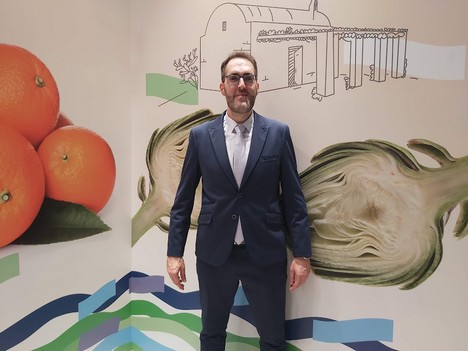 Regarding the marketing of the artichoke, Carlos Miravet said the market's demand was 'heavy' so far. "Normally, in the first weeks of the campaign, there is still little product available and prices are usually higher, which contributes to increasing the campaign's average. However, this year we are facing a calmer market, which puts pressure on sales prices. As a result, they are lower than in the previous campaigns. Production costs have skyrocketed and producers need to sell at higher prices in order to cover these costs. 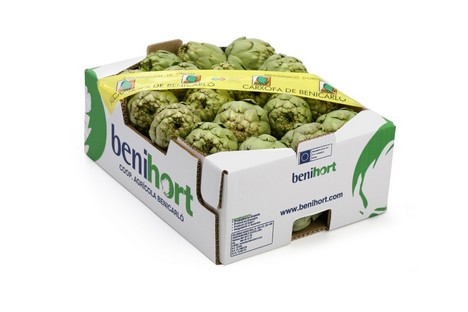 The cooperative expects to produce 4 to 5 million kilos of artichokes, including its Protected Designation of Origin Alcachofa de Benicarló variety, and its hybrid varieties, such as the Green Queen variety, which has a very long shelf life.

"There's no doubt that most people identify us as an artichoke company. We focus on direct sales to the main wholesale markets in Spain and, to a lesser extent, we export to France, Italy, and Germany. We hope that our fresh artichoke campaign will last until May, with our quality parameters set by the DO artichoke regulatory board. From then on, we focus more on the industry.”