In the Netherlands, the carrot trade is anything but busy. "The market's still as dead as a doornail," says Paul van der Linde, who buys and sells these vegetables at Van der Linde. He does not expect that to change in the coming month, either. "Things will only change if it gets bitterly cold soon, else it'll remain quiet for a while."

"Harvesting's still in full swing in Eastern Europe. That situation's well known. To avoid high energy costs, growers are trying to keep their crops in the field as long as possible. So those countries are totally off the market, and we need them for our washed carrots. Belgian companies still seem to have quite a bit of work; not so in the Netherlands. It's uncharacteristically quiet."

But, there's no pressure on prices, adds Paul: "Those are holding up well, purely because expectations are sky-high. Just last week, local growers quoted €0.24 for off-land carrots. But it should be added that very little trade is being done. That all has to happen in the second half of the season." 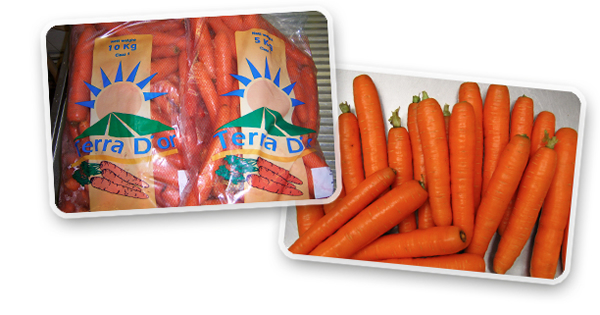 "The carrots' quality is problematic again this year. There are plenty of batches with ring rot. Those of us in the carrot world are getting somewhat used to that by now, but most other players will discover that again in the coming time. Neither will it be a top year. Last year we washed 750 kg batches; this year, it's not more than 600 kg boxes. Yields were good this year, and there are lots of small carrots, so C-sized ones will be scarce," Paul concludes.