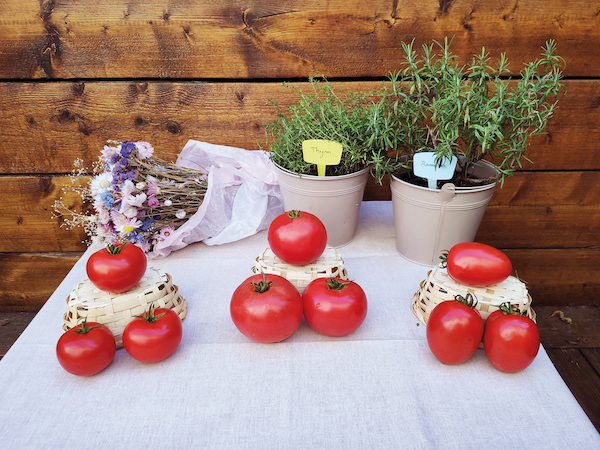 Mildew: a destructive and contagious disease
Tomato mildew is caused by the Phytophthora Infestans pathogen. It is one of the most destructive and contagious diseases producers are faced with today. It is especially present on field tomato crops which are subject to humid conditions (summer rain, fog, high hygrometry). In the summer of 2021, the abundant rainfall and exceptional coolness were very favorable to the development of mildew in France, which led to a drastic drop in yields in some areas. “Overall, mildew is found in crops two years out of three on average,” explains Alicia Dufour, head of R&D tomatoes at Voltz Maraîchage. 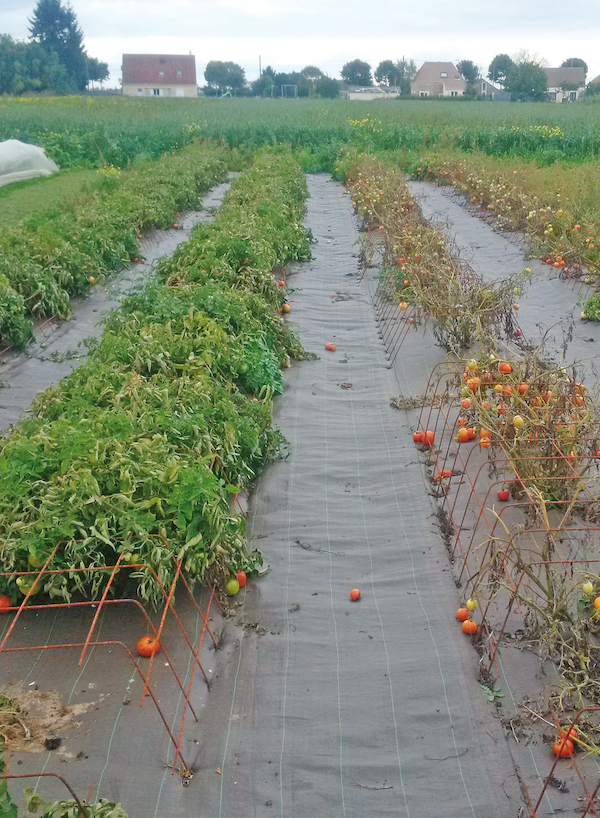 A range developed upon request from producers
“Some of our clients have asked us to develop a range of field tomatoes that would be tolerant to mildew. The pressure is so strong for some producers that switching to tolerant varieties is indeed the best strategy to fight against mildew.” For more than four years, Voltz Maraîchage has therefore focused its research on varieties that are tolerant to this pathogen. “The weather conditions of the year 2021 have helped us obtain a very fine selection of the most resistant varieties while preserving the taste criteria.”

The first feedback has been rather positive. “The producers are pleased with the varieties, which allow them to sell in bulk or with a higher margin. Some producers place these field varieties so that they can be harvested when their covered production comes to an end. The productivity and vigor of these varieties have also been highlighted.” 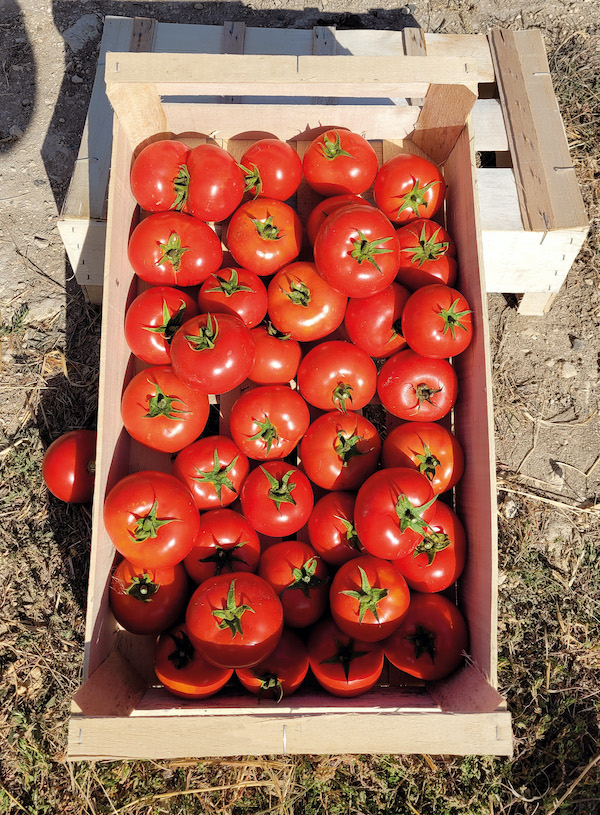 Field tomatoes with similar cultivation and marketing to covered tomatoes
The Tolériantes tomatoes are cultivated like the other open-field determinate varieties. Unlike indeterminate covered tomatoes, they are selected to thrive outdoors without draining or staking on string. “The plants can still be staked with concrete grids of 50 cm in height. This helps support the fruit clusters and facilitates the harvest, which is unbundled and manual. These three varieties are not comparable to the industrial tomato varieties, which have a completely different typology and can be harvested mechanically. The three varieties were selected for their similarity to greenhouse tomatoes in terms of cultivation and marketing.”

Varieties that do not require shelters or greenhouses
The fact that these three varieties are determinate and grown in open fields allows farmers to “reduce their production costs,” and it “eliminates the need for shelters or greenhouses.” Their yields are also similar to those of other varieties with similar calibers. “The difference is their tolerance to mildew. If the disease presents a threat, these three varieties will be able to develop a yield similar to a year without the disease, contrary to the non-tolerant varieties. The Galadiant F1 is a very vigorous variety that develops an excellent leaf cover to protect the fruit from the burning sun, especially during summers like we had this year.”