Panettone made with red onions from Tropea

The sweetness of Cipolla Rossa di Tropea Calabria IGP is combined with the genuineness of organic extra-virgin olive oil obtained by the local Ottobrantica cultivar used instead of butter, which makes the dough even softer and aromatic. 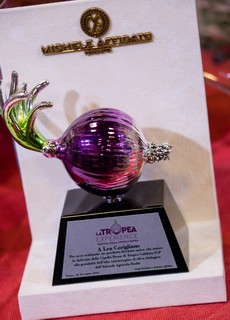 "It is a new taste experience which we wanted to promote by revisiting the traditional recipe of Panettone, the typical Christmas sweet bread boasting an added value: the identity of Calabria productions," reports Giuseppe Laria, president of Consorzio Cipolla Rossa di Tropea Calabria IGP, as he expresses his satisfaction for the success obtained by this gastronomic experiment which also aims at promoting the consumption of regional products. 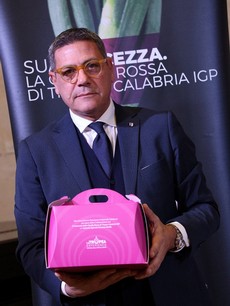 La Tropea Experience panettone was recently presented in Tropea on the occasion of the lighting up of the Christmas Village, which was also attended by Mayor Giovanni Macrì.

"Panettone is now available in a thousand versions - sweet, savory, both following traditional and gourmet recipes - while red onions from Tropea confirm themselves as an essential ingredient of the Mediterranean diet, capable of exporting the Calabrian identity outside the regional border," adds Daniele Cipollina (in the photo), marketing director of Consorzio Cipolla Rossa di Tropea Calabria IGP. 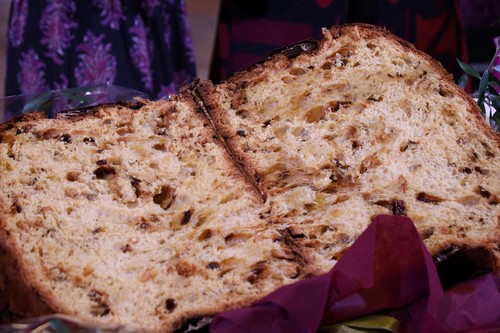