Stagnating to declining acreage for open ground vegetables in Hesse

Stefan Nauheimer, vegetable production advisor from the Hesse State Agricultural Office, gave a presentation on vegetable production in Hesse at the 57th Autumn Conference of German vegetable growers. He presented the current figures of the cultivated acreage as well as the number of farms in Hesse, with their corresponding crops. 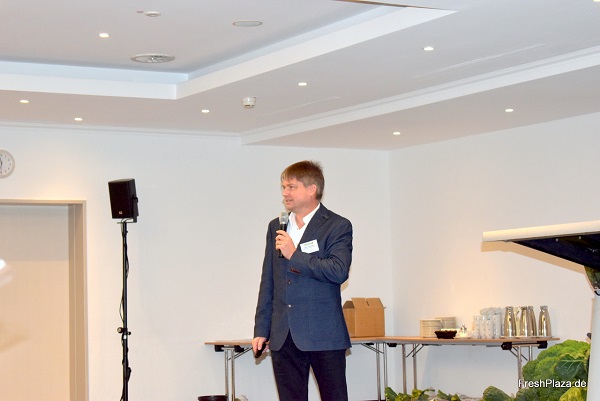 7,500 hectares of open ground vegetable production
There are currently around 16,300 farms in Hesse, of which 1/3 are full-time and 2/3 are part-time. There is, however, a downward trend here. About 767,500 hectares are used for agriculture, of which 63 percent is arable land and 37 percent grassland. Of this, about 124,000 hectares are used for organic cultivation, which corresponds to about 16.2 percent of the agricultural land.

Open ground vegetable cultivation in Hesse is practiced on 7,500 hectares, with 6,670 hectares in the Darmstadt administrative district alone. The remaining areas are distributed among the administrative districts of Giessen and Kassel. The number of farms growing outdoor vegetables was still 408 in 2012 and 337 in 2021, and the area under cultivation is currently stagnating, Nauheimer said.

Asparagus, table onions and beans
Vegetable production in greenhouses and foil tunnels is at about 30 hectares, distributed among 83 farms in 2021, compared to 90 farms with 44 hectares in 2012. Concrete increases are not really available, but there are efforts to raise the number again, says the vegetable production consultant.

Organic production on 483 hectares
In total, there are 56 farms in Hesse that operate a completely organic production on 483 hectares. The main crops are root and cabbage vegetables on 152 hectares, including carrots on 74 hectares, edible onions on 40 hectares and beet on 21 hectares. Crops such as edible pumpkins, beans and other vegetables are grown on the remaining land.

Fully organic productions in protected cultivation are at a total of 8.5 hectares distributed among 33 farms with crops such as lamb's lettuce, lettuce, peppers, cucumbers, tomatoes and other vegetables. About a quarter of the protected vegetable crops in Hesse are grown organically.

The Hessian Ried - an important groundwater reservoir
The main cultivation area is the Hessian Ried. Vegetable cultivation in greenhouses and foil tunnels in Hesse is on the decline. There is a tendency to start with new concepts such as solidarity farming. It is true that farms are being set up very quickly, and that they are closing down again very quickly. In and of itself, however, there are no major new start-ups to report.

The Hessian Ried has an area of approximately 1,100 square meters and is located in the northern part of the Upper Rhine Graben. It is an important groundwater reservoir and has a great importance for the regional water supply of the Rhine-Main conurbation with intensive land use. It is considered an important business location with about 800,000 inhabitants.

The most important marketing channels include the producer organization OGZ from Griesheim, the Frischezentrum Frankfurt, the Pfalzmarkt in Mutterstadt, the OGA/OGV Nordbaden in Bruchsal and various vegetable wholesale markets in Mainz, Mannheim and Heidelberg, as well as food retailers, wholesalers and direct marketing.