A drop of 10% for processed tomatoes in Italy

The tenth edition of Anicav's public assembly, The Red Thread of Tomatoes, titled 'Competitive Strategies to Support a Leading Supply Chain,' was held on 26 October 2022, in Parma, Italy. Protagonists of the annual meeting were the results of a campaign conducted under the banner of difficulties and price increases, and a series of proposals for action to protect the entire supply chain, to be submitted to the attention of the new Italian government. 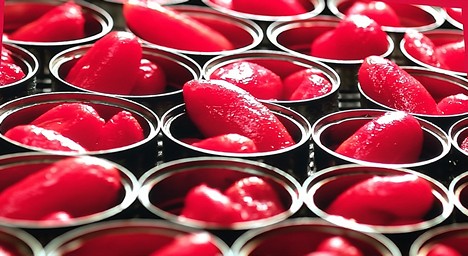 "We imagined that this processing campaign would be characterized by great difficulties, but the reality has been far worse than our expectations. As repeatedly reported in recent months, the sector has literally been undergoing an uncontrolled increase in production costs. In particular, the high cost of energy has been a really difficult blow to absorb, for a highly seasonal-based system like ours. The incidence of this expense on the company's income statement has grown exponentially, from 4 percent to 22 percent. This is a complex situation, to say the least, and one that needs the full attention of the new government. Our hope is that this is a contingent situation and not a structural one, although the elements at our disposal are indicating that we have quite a few concerns for the future,” commented Giovanni De Angelis, general director of ANICAV. 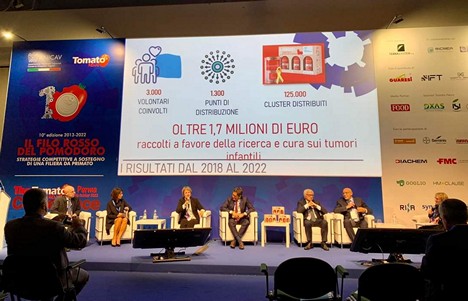 Good agricultural yields in both production basins, despite the drought and high temperatures that caused quite a few difficulties, especially in the early part of the harvest. On the industrial front, there has been a deterioration, with the need to use greater quantities of raw material to be able to guarantee high quality standards. 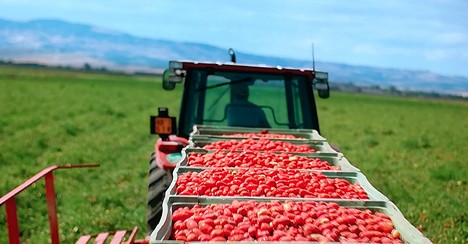 This is part of a general situation of decrease at European (-17.6 percent) and global (-4.9 percent) scales, with Spain and Portugal collectively reducing production by 29 percent. The exception was China, which, with 6.2 million tons, showed an increase of 29.2 percent, following a decline in 2021.

Italy, which is the world's third largest processed tomato supplier after the U.S. and not far behind China, and the first producer of by-products destined directly to final consumption, accounts for 14.8 percent of world production (equivalent to 37.3 million tons) and 56.5 percent of European processed tomatoes, with a total turnover of 4 billion euros.

"Competitive strategies to support a record-breaking supply chain was the leitmotif of the day," says Marco Serafini, president of ANICAV. "It is necessary for our sector, which represents, in terms of quality and size, an example of excellency in the Italian agrifood industry, to take a strategic position in the development of the sector's policies and to make its voice be heard. This is why we decided it was essential to define a programmatic agenda, one that would be shared with all parts of the supply chain, from farmers to retailers, and which would then be submitted to the new government. The critical issues of the sector and the solutions to overcome them should be highlighted, with the aim of safeguarding and relaunching a supply chain that has always represented a symbol of made-in-Italy food in the world." 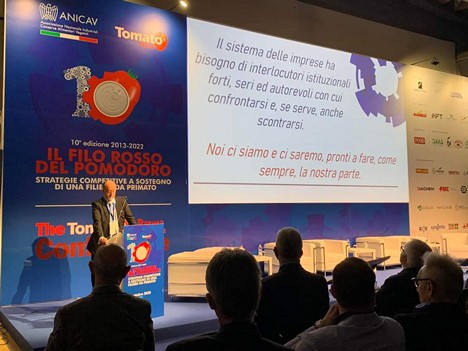 "Funds are needed for interventions that support the industrial system and the entire sector, with the aim of improving agricultural production, ethical and environmental sustainability," concluded President Serafini. "The PNRR, in particular, may represent an opportunity to support and implement important infrastructural interventions that concern the flooding in the two production basins, in order to deal with water supply problems, sustainable mobility, the port system to support internationalization, and the improvement of the living and working conditions of farm workers. Our hope is that the new government, which will have to lead the country in a particular and critical historical moment, can give concrete answers to our companies. We are there and we will be there, ready to do, as always, our part."

A series of proposals for action emerged from the round table, which featured the main players in the tomato processing industry, which should be integrated into a policy agenda to be shared with the entire supply chain.

What also emerged was the need to initiate an analysis of agricultural production costs in the different areas of the country, to understand whether problems of organizational and managerial inefficiency are being encountered; the need for a redefinition of the area of competence and the operational model underlying inter-professional relations; the growing difficulty in recruiting seasonal labor and the lack of specialized technical profiles; the importance of investing in research and development and in promotion, enhancement and protection activities; and the need for business support.

"Great attention to our Filo Rosso!" - exclaimed the director De Angelis. "An edition with a record participation that confirms and recognizes our event as an important moment of meeting and comparison for the entire supply chain of processing tomatoes. During the morning session, what became clear was the need to act in a systemic way in order to affirm the centrality of our sector in the panorama of the Italian agri-food industry, recognizing Anicav's role in representing the entire supply chain. The Tomato new conference, hosted in the afternoon session of our red thread, provided an overview of world production with a focus on countries in the Mediterranean area, China and California." 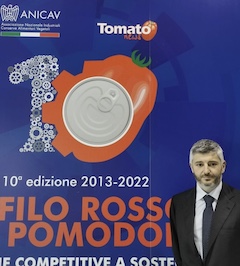 canning company of the same name. "Unity of purpose and common vision on the issue of sustainability remains one of the most important goals of companies today. In other words, sustainability in its true meaning, and that includes both the environmental and the social and economic aspects, with a view to growing businesses and society. In this sense, an important role is played by the large-scale retail trade, meaning that it should really reward those products with specifically designed packaging and therefore low environmental impact. Very often, environmentally friendly products appear with less appeal than those with attractive, high-performance impact packaging that, however, have nothing sustainable about them. Another food for thought concerns the protection of the national product, which should be valued first and foremost for the quality of the raw material, while at the same time showing respect for the know-how and different characteristics of the various tomato-producing regions of Italy." 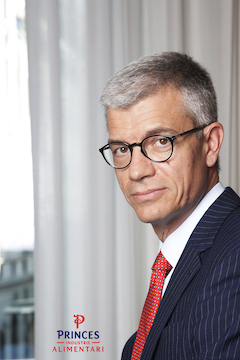 on the position in the context of the Anicav Filo Rosso event. "The future of the processing tomato sector is linked to the ability to enhance the tomato supply chain as a whole, involving all players."

"Only this can allow to overcome the size limits of companies and internal divisions, in a joint effort to present Italian tomatoes not only as the best in the world, but also the most sustainable."

Umberto Todisco, president of A.P.O.M. (Association of Southern Fruit and Vegetable Producers) and creator of the Rare Bontà brand.

"In Parma, what has emerged is the problematic nature that grips the sector in this particular historical moment, where price increases in every factor of the production chain and the impact of climate chang 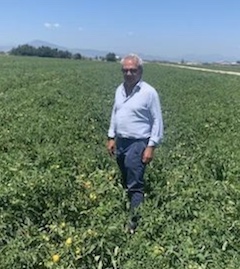 e on production weigh heavily. A policy discussion with the corresponding Ministry is hoped to support the resilience of enterprises. In any case, this is a sector that in the last decade has evolved with a view to an ethical, sustainable and transparent supply chain from all points of view: from the environmental to the economic, with positive effects on the environment and working conditions. What is needed now is a common vision, supported by greater shared synergies between the two processing tomato supply chains of northern and southern Italy."