Today is the third day of Fruit Attraction. Although the crowds vary significantly per hall, some Dutch exhibitors did not find the trade show to be overly busy. The question is what today, the usually quieter last day, will bring. The Belgian exhibitors praised the friendly atmosphere and visitors to the event.

This country's stallholders are particularly concerned about the energy crisis; its volatility makes it challenging to plan ahead. Belgium's greenhouse vegetable and strawberry supplies will be limited this winter. Other countries are, thus, keen to take up that slack, say Belgian exporters. The top fruit market seems to be more balanced after a problematic start.

A large Polish pavillion hosted quite a few Polish apples exporters. They stated they had seen much more traffic than last year and were very pleased things seemed to be returning to normal. Well, except the new normal has very high storing costs due to the energy prices. The prices of the apples can't rise too much, as the exporters would price themselves out of the market. 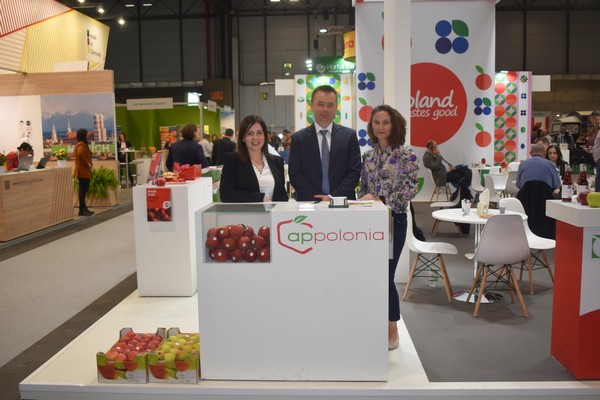 The German exhibitors and visitors are well pleased with Fruit Attraction 2022, with some even saying it is now on par with Fruit Logistica. Here too, the energy crisis and high transport costs continue to occupy people's minds and offer plenty of discussion topics.

French exhibitors also spoke of a busy day in Hall 4. According to them, it was a better edition than last year. Masks were no longer required, which helped the exchanges between people. Innatis introduced a new 100% organic yellow apple club variety called Lubee. More on this later. 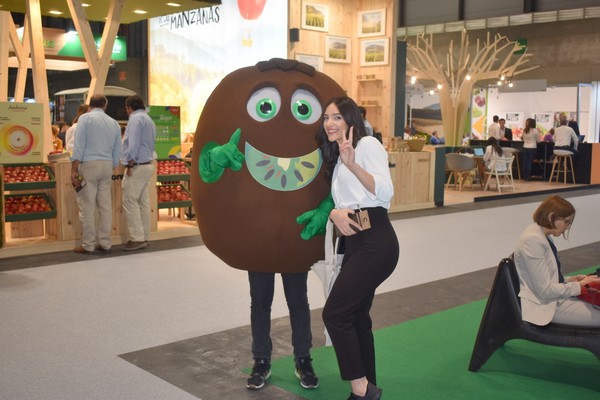 Spanish exhibitors confirmed the tomato acreage increase in Almería, especially for the types that, until now, were produced in Central Europe. The orange season starts in a few weeks and is viewed with optimism, despite far lower volumes in Andalusia. Due to the lack of water, sizes - as with other summer fruits - will be smaller than in previous years. This year, Spanish strawberry growers are mainly concerned with the lack of water and cold weather.

Also notable is the increased supply of different kinds of processed products, from ready-to-eat to cooking kits. The potato sector also again presented new varieties for both the industry and the fresh market. The Spanish delegates are delighted with the event, with one exotics specialist stating that this year's fair is even better than those held before the pandemic.

The Moldovan exhibitors are seeing considerable demand from Indian buyers. Although that market is not entirely open yet, exporters are ready to start shipping. There is a good flow of shipments to various countries in the Gulf region. Stone fruit producers In Moldova normally extend their sales season by refrigerating their products. However, they are now selling as fast as they can to reduce costs. That country's apple growers do not have that luxury and will have to store their apples. They will, thus, have to balance apple prices. If those are too high, they could lose demand. 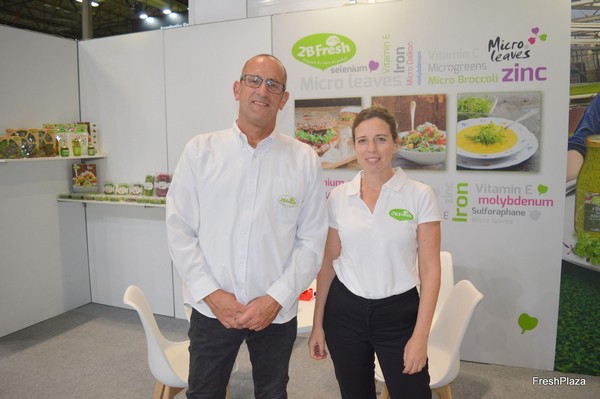 Exhibitors from Israel, the USA and South America commented that Day 2 was even busier for them. The Grapa team from Israel say they had good meetings, new clients as well as tastings of their new Arra table grape varieties were offered to all who passed by their stand. Although they had a full programme of meetings, they made time for visitors who streamed past to taste, chat and find out more information about the new varieties.

South American countries like Ecuador, Colombia, Panama to name a few continued to offer tastings of the freshest exotic and tropical fruit they export across the world. Many companies representatives from South America commented their main aim is to increase exports to Europe where they see an increased demand for exotics and tropical fruit, avocados, ginger and roots as well as different kinds of berries grown conventionally or organically. The focus on certifications, meeting sustainability targets as well as securing exports to provide decent work and incomes for people across the many rural areas in South America were discussed in many meetings with European clients. 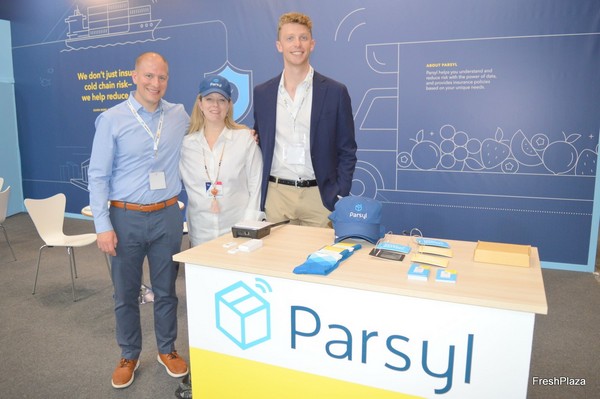 The American companies like Parsyl, who offer data driven perishable produce freight insurance as well as the data loggers to help companies manage their cold chain risks better say they had a busy second day with lots of interest from Europe and the rest of the world. A sweet potato grower from North Carolina in the US commented that they see bigger demand for their product in Europe.

Due to the many public holidays in Israel not many companies were present. Those who were present say they had a lot of interest in the micro greens, netting and new crates technology from Israel.

A photo report of the trade show will follow tomorrow.

Below, you can find the digital versions.

Click here to see an overview of all the exhibitors.