It was nice and busy at the Fruit Attraction trade show in Madrid, Spain, yesterday. The "Spanish" halls, in particular, were bustling. Most people usually visit the event today. The Dutch participants concluded Tuesday with a networking reception organized by the ambassador of the Netherlands to Spain, Roel Nieuwenkamp, in the Holland Fresh Group pavilion. Luis Planas, Spain's Minister of Agriculture, Food, and Fisheries, also visited the fair.

There was much talk about the challenges everyone is facing. These seem to have inhibited major innovations that were otherwise often introduced during the fair. Due to the reduced winter crop in the Netherlands, Turkish growers see great tomato export opportunities. They have planned many meetings with Dutch companies. Egypt had fewer booths than usual, but those that were there were busy. Some French exporters said they had already spoken to more customers on the event's first morning than during the entire fair last year. 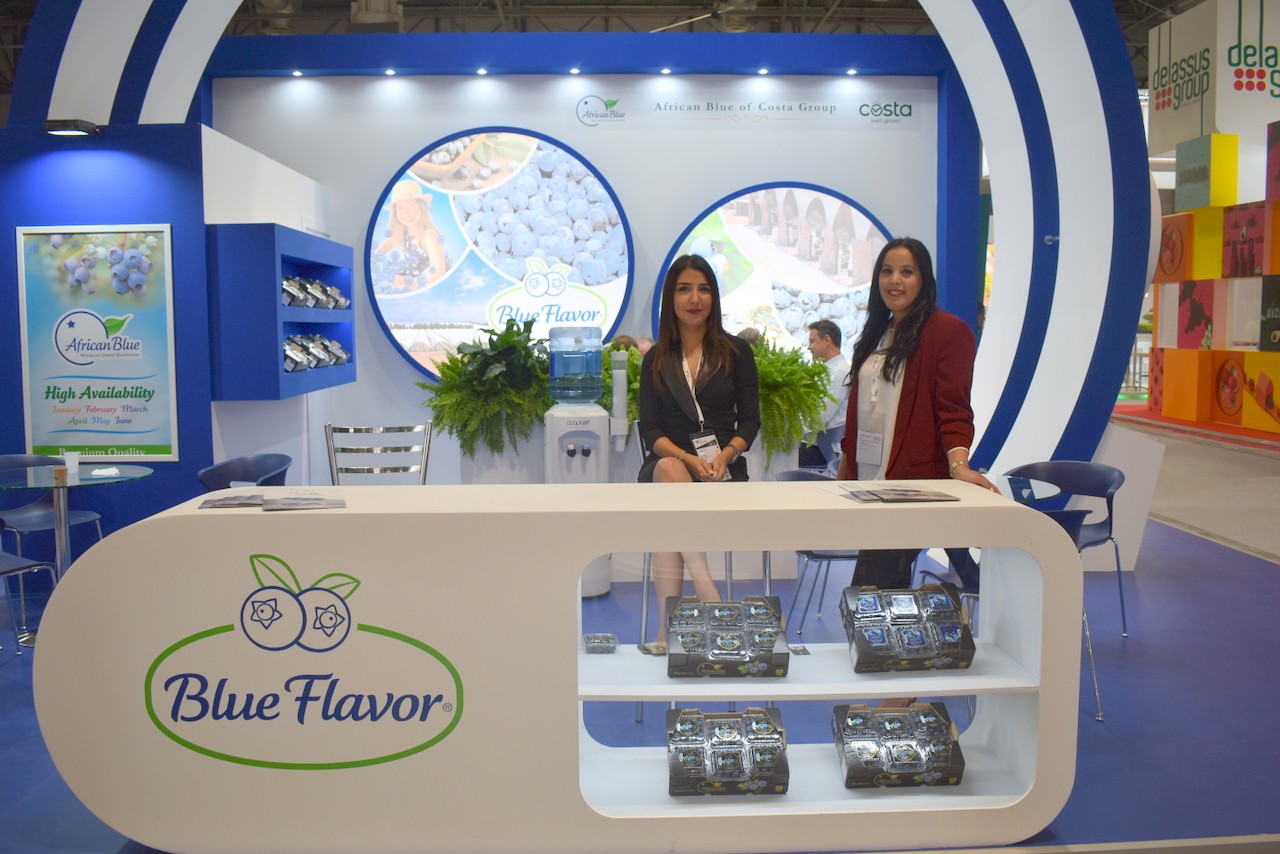 The lovely ladies at the African Blue stand. They showcased the blueberries from Morocco.

Yesterday, we reported on the palpable tension the Dutch energy crisis is causing at the trade show. Everyone is trying to tie up their trade for the coming winter season. The Spanish, however, do not seem eager to lock in prices. They, too, face substantially higher costs. Plus, that sector has an acute water shortage.

Growers in Huelva, for example, have already slashed their water use by 15% and fear another 15% cut if it does not rain. There is, thus, great concern about water supplies for the coming seasons, and the drought has affected many crops. Persimmons (-55%) and avocados (-60 to -70%) have been hit particularly hard. There is also talk of ten to 15% less citrus.

Labor shortages, too, remain an issue. Machine manufacturers are investing heavily in automation and robotics. Also, there are concerns that, aside from cost increases, inflation is affecting consumer spending. As a staple food, fruits and vegetables still generally enjoy steady sales. However, the pricier and, especially, organic products seem to be becoming the first victims of this decreased spending. 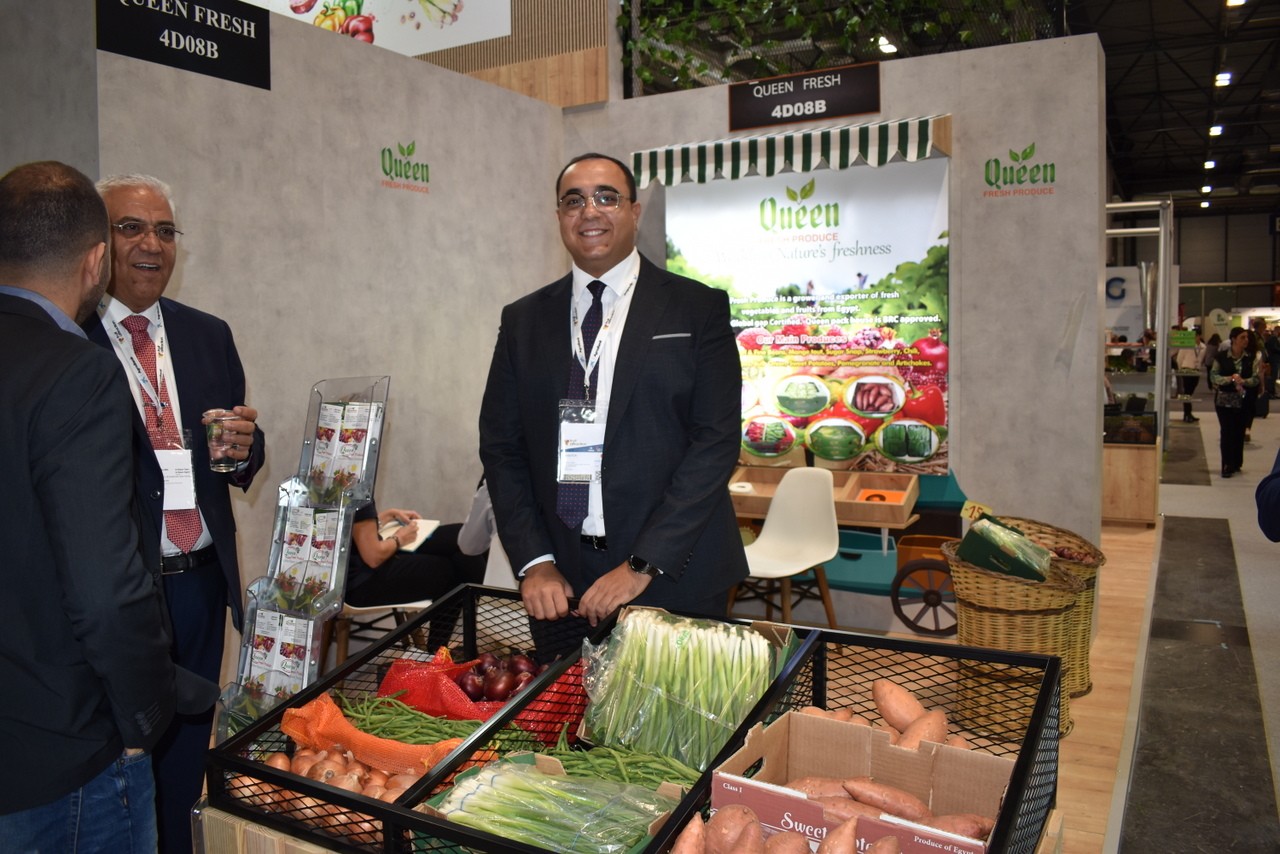 Fruit Attraction has gained a valuable place on the global fruit and vegetable trade calendar. Exhibitors from South America were, thus, also well represented. Ecuador had a larger pavilion than last year, with plenty of exotic and tropical fruits. Their most important meeting was that of the Latam banana growers with European retail.

According to the Ecuadorian Banana Association AEBE, that went well and got everyone on the same page regarding achieving more sustainable banana prices. Aldi representatives explained why they, and Lidl, agreed to pay Fair Trade framework-related prices.

Brazil's ambassador to Spain visited his country's companies exhibiting at the fair. Panama also had a pavilion with many exotics producers. The country plans to export red pitahaya for the first time early next year. The Dominican Republic pavilion, organized by ProDominicana, featured several exotic fruit producers attending the show for the first time. 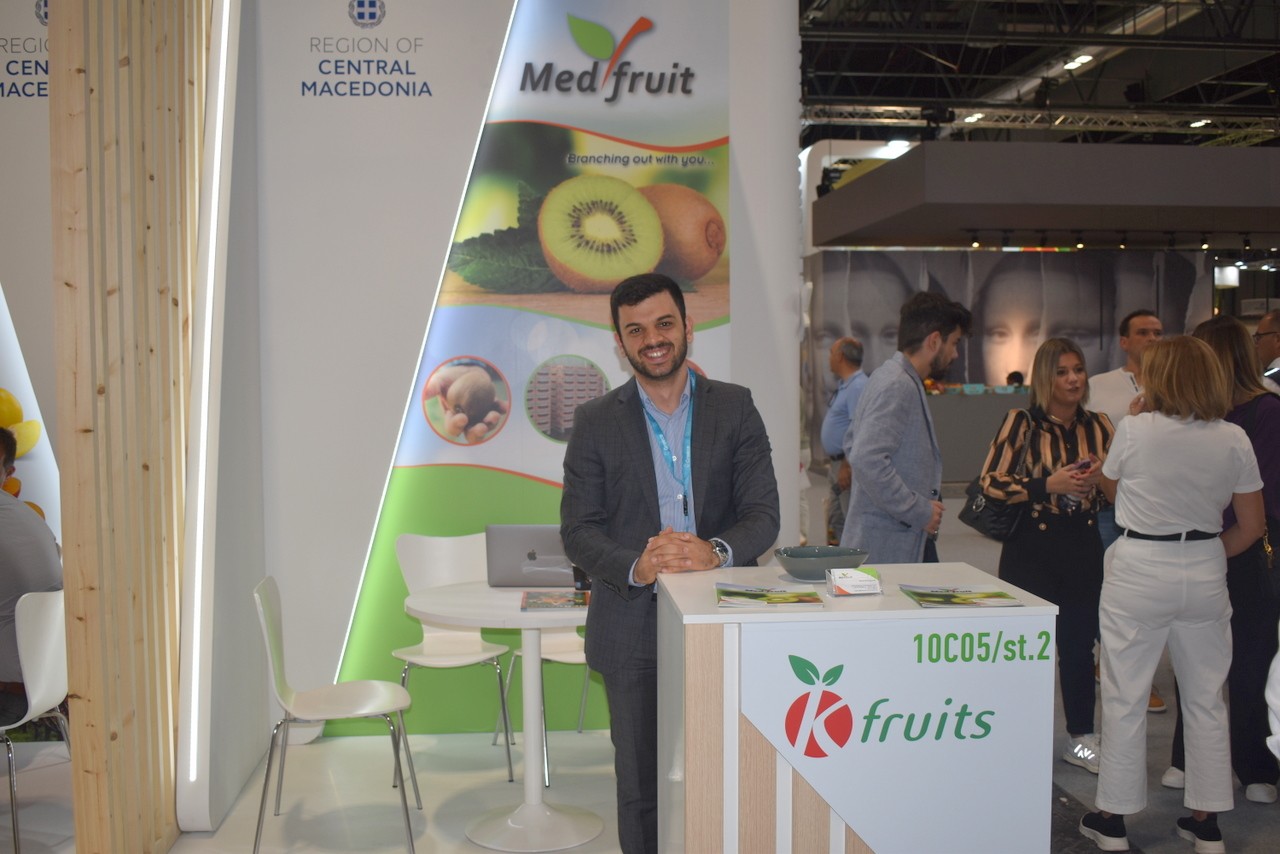 Pavlov Kontogiannis, of Greek kiwi exporter medfruit. Their harvest starts near the end of October.

Fruit Attraction's timing is perfect for many worldwide clients. The Spanish greenhouse vegetable, citrus, and persimmon season are just starting, and for the South Africans, for example, it is ideal to already make arrangements for the new grape season. 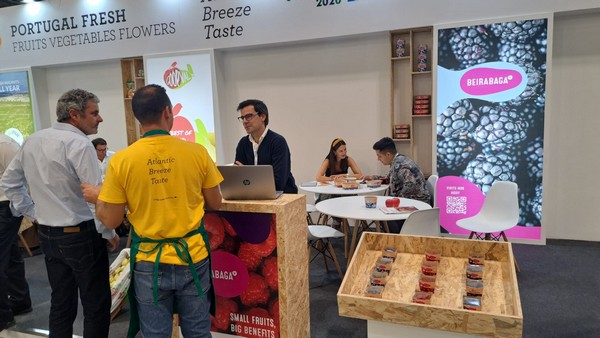 The Portuguese had a large stand with multiple companies, showcasing kiwi's, bananas, apples and walnuts, among other produce. The biggest worry for growers and exporters is the water supply, which is in danger.

Hall 6 is where most South American countries and companies had big and impressive stands.

Ecuador had a country pavilion that covered several blocks of floor space, bigger than last year. Here they had exotic and tropical fruit on display and to taste. Pre-arranged meetings were the order of the day.
The most important meeting for them was the Latam meeting of banana producers with European retail. According to Ecuadorian Banana Association AEBE the meeting went well to get everyone on the same page for the need to get more sustainable banana prices. Aldi representatives spoke to explain why they, together with Lidl, agreed to pay Fair Trade framework related prices.

The Brazilian Ambassador to Spain Orlando Leite Ribeiro visited their stand. He addressed a large group of small Brazilian producers and exporters who are visiting the show for the first time.

There were also many first time companies with their own stands at the exhibition. Tropicals del Valle, the Costa Rican pineapple producer was one of them. Panama also had a country stand with many first time producers of exotics. The country also had red dragon fruit on display, which they plan to export for the first time from early next year. 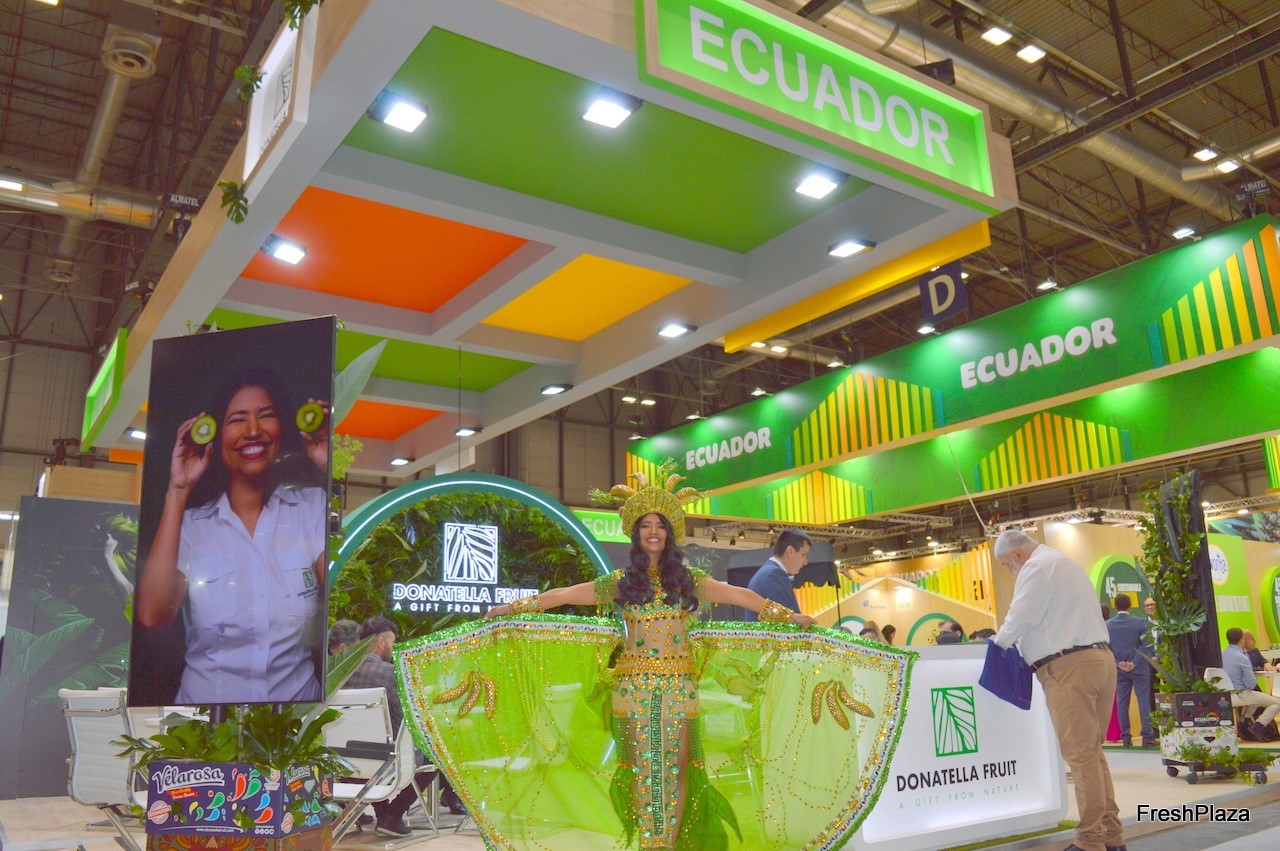 The Dominican Republic's country pavilion arranged by ProDominicana had several exotic fruit producers who attended the show for the first time.

Brazil, Costa Rica, Peru, Chile had equally brisk activity with many commenting they had a good start and day connecting with old customers and new clients.

Below, you can find the digital versions.

Click here for an overview of all the exhibitors.