Italian season Rojo Brillante persimmon is about to start

After last year's great success in the Italian market, this week marks the start of the second Rojo Brillante persimmon season for Gallicchio Frutta, a company that was founded in the month of May last year and is run by young entrepreneur Francesca Gallicchio. 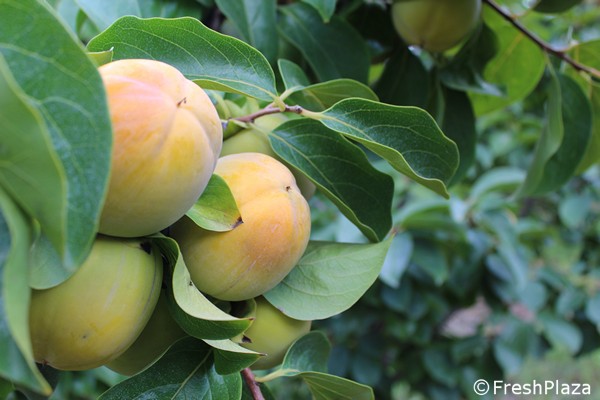 "By the end of this week we can already deliver the first fruits," said the owner of this company from Scanzano Jonico, a village in the southern Italian province of Matera. Some lots are almost ready to be harvested. The fruit on the trees has a weight that fluctuates between 270 and 400 grams and the average yield per hectare is slightly lower than last year due to the heat and also some hail during the summer.

"However, this situation does not worry us much, because in the end we still expect to put 30% more fruit on the market, over 700 tons in total. After all, some new plots are coming into production and new partner growers have also joined." 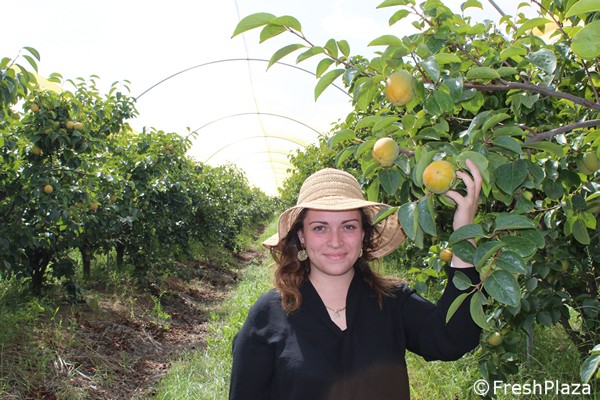 Francesca Gallicchio among the persimmon trees

We asked Francesca what she expects from this new season, which is starting in the middle of an international economic crisis that is creating a lot of uncertainty in the trade. "The season seems to be going in the right direction. We see a lot of enthusiasm among buyers, orders are already coming in. We have again made new contacts with customers from Sicily, Apulia and northern Italy. What is new this year is that our persimmons are being exported to Germany, Malta, France, Poland and Scotland. However, the unknown factor remains the energy cost. Traders are afraid of not being able to fully recover it, especially those who want to extend the season until the end of February." 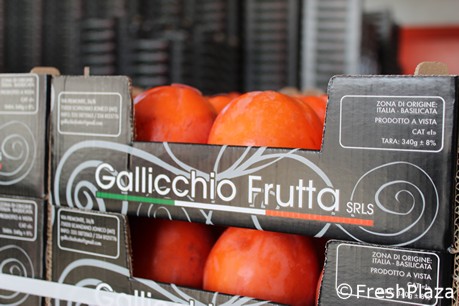 "We believe in it already! Kaki is our flagship crop. In fact, we recently completed a second chamber where the tannins are extracted from the persimmons. We hope everyone plays their part and doesn't speculate with the product, because that does nothing but block the market," she concluded.