Things looked anything but rosy for the onion sector this year, as Heinz Düpmann, Managing Director of Düpmann & Co., knows. "There was a very poor harvest this year, as a result of which we expect harvest losses of 20-25%, with heavy losses probably also occurring throughout Europe. On the one hand, this is due to the fact that 5-10% less has already been grown from the outset, which applies to varying degrees to the Netherlands, Spain, Germany and Poland. On the other hand, the onion sector is of course also affected by the crises that continue to exist." 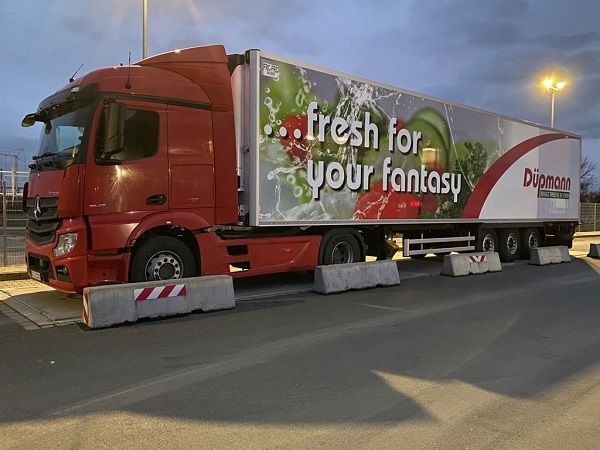 Contract cancellations, but good summer season
"We also had to deal with higher price demands despite contracts, from abroad, as suppliers simply could no longer afford it financially. After all, they had generally hoped for more sales. Even in the meat industry, which we also supply, prices are extremely high, while the barbecue season got off to a noticeably weaker start than in previous years. Then again, we have certainly been able to achieve some sales in some areas. But the summer went well in its own right, even if some prices were not realizable."

According to Düpmann, heat-related damage to onions, among other things, is currently the biggest problem. "I don't think many are yet aware that the current situation is just a taste of what's to come."

No favorable alternatives in sight
That being said, 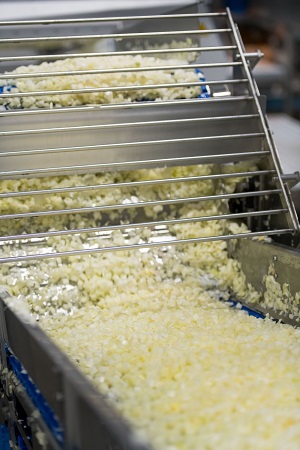 Düpmann said he has learned that 300,000 fewer tons of onions are expected in the Netherlands. "I am aware of companies that are buying onions from Egypt this year. In turn, some customers have switched from frozen goods from Poland to dried onions from India. We ourselves are sourcing onions from China. What is certain is that there are currently no cheap alternatives."

In 2019, volumes could still be sourced from Kazakhstan, Uzbekistan and Ukraine. However, in view of the war, Ukraine itself is among Poland's buyers this year. "Onions are, after all, traded internationally. In bad years, people like to turn to goods from China or Egypt. However, the container costs are considerably higher compared to 2019, which means that China is by no means an attractive player now. However, this is necessary in order to be able to guarantee a certain planning quantity with a corresponding price certainty," says Düpmann.

In some cases up to 40-50% lower yields in Poland
Düpmann knows that 95% of frozen onions are sourced from Poland. But, he says, there is a fear of "running into the void" in Poland in November. "At the moment, onions and some problem lots are still available until the end of October. But then comes the big hole with seed onions, of which yields in Poland are now down by up to 40-50%. Then, from November, the big poker starts. Moreover, these are very small caliber onions, which in turn are very costly to peel. Availability is visibly getting thinner." Therefore, not only bottlenecks, but downright failures are expected.

Cohesion between suppliers and customers
Düpmann has had to 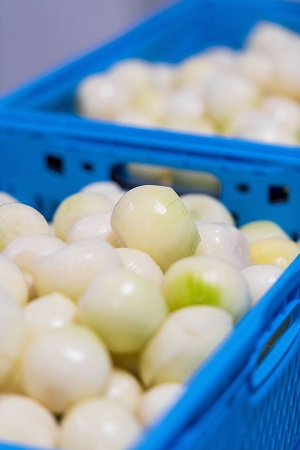 increase its own sales prices by 40%, which its customers accept for lack of good alternatives, but also out of solidarity with each other. "In difficult years, the cohesion between suppliers and customers is better than it already was. After all, this crisis can also only be overcome together," says Düpmann.

Although demand is stable, he said, there is definitely uncertainty about the near future. Many customers of ours already have to resort to their own reserves. Crises are nothing new in the onion industry per se, but this year, various problems are now coming together."

Appeal to politicians
"We basically have a new risk on the table every week. If you look at the gas levy, you have to say that we are not getting reasonable framework conditions on the part of politicians and the entire SME sector is almost being left in the lurch. Politicians certainly can't find answers to everything. However, it would have been possible to react earlier with regard to the nuclear power plants. Because the current situation simply leads to too much uncertainty."

Apart from the problem with onions, peppers have also been badly affected, if you look at the major crop failures in Spain and Turkey, for example, Düpmann notes.