Concerningly, exports of frozen fries from Belgium and the Netherlands have more than doubled in the quarter ending July 2022.  These exports will be arriving presently, given shipping lead-times. 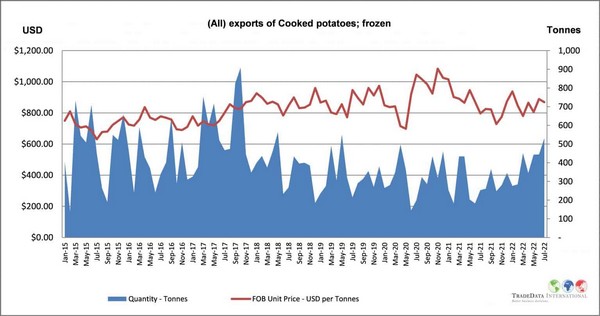 Also of concern is the export price to New Zealand according to potatoesnz.co.nz, observed in graph above, is relatively flat at around USD $850 per tonne. This is in contrast to all other global markets, where it can be observed prices have increased significantly to around USD $1,000 per tonne to offset inflation as below. 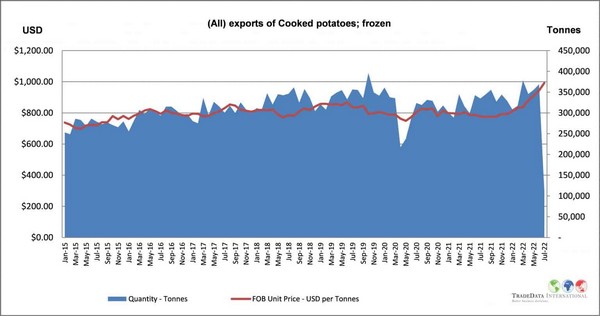 What does this mean for the New Zealand industry?

On a more positive note, there are encouraging signs for the New Zealand industry with continued improved export performance.  Note, commentary is based on volume except where stated.

Strong total export growth of 28% latest quarter and 21% annual growth by volume.  Value growth behind volume growth at 26% on quarter and 18% annual indicates NZ frozen potato exports continue to be more competitive than year ago or product mix has changed.
Strong export growth to the Asian markets continues to be a positive theme summarised in table below. 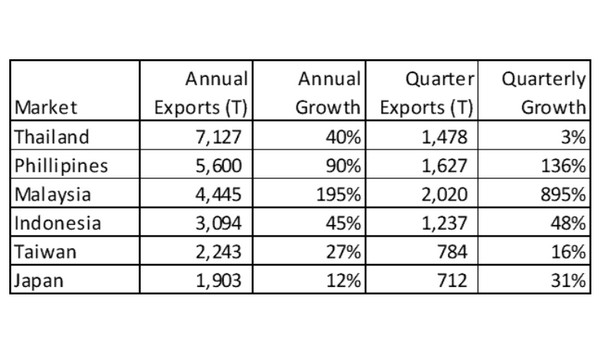