In the 2021/22 season, Morocco's total horticultural product exports increased by 13%.

Agriculture is a real economic and social engine for the Sus-Masa region, which has undergone strong development, promoted by the Green Morocco Plan. The region, whose capital is Agadir, is considered the largest horticultural and citrus production area in the country. The activity accounts for 17.3% of the regional GDP, according to official data, and 9% at a national level. Moreover, according to data shared by the Moroccan Ministry of Agriculture, the agricultural acreage in use stands at 453,445 hectares. Of these, 174,862 hectares are irrigated and more than 108,000 hectares are equipped with drip irrigation systems. 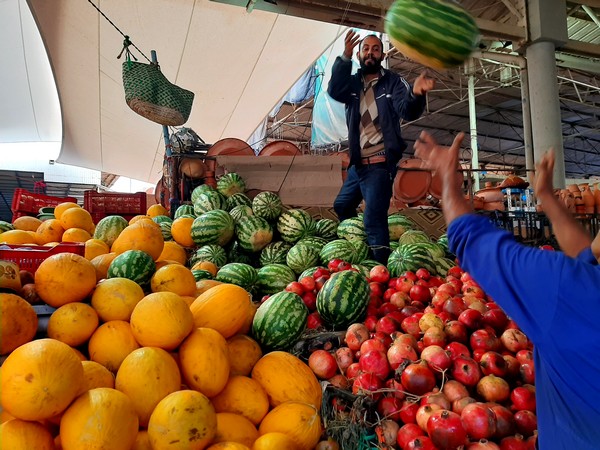 FreshPlaza took a walk around Agadir's Souk el Had souk and saw its wide range of fruit and vegetables. Pictured here is a stall with watermelons, melons and pomegranates.

In the framework of the Green Morocco Plan 2008-2018 - which has been followed by the ambitious Génération Green strategy - agricultural activity in the region has increased more than considerably. Between the launch of the plan in 2008 and its completion in 2019, the area cultivated with vegetables in the Sus-Massa region grew by 44%, from 15,454 hectares to 22,300 hectares (6,860 hectares of tomatoes and 3,000 hectares of green beans), including 13,385 hectares in greenhouses. In the same period, the production grew by 29% and reached 1.527 million tons. Of these, 990,000 tons were intended for export (78% of all national horticultural product exports). 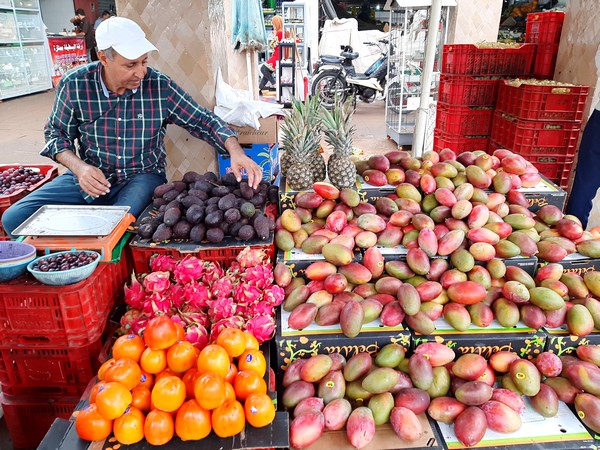 As for citrus, the acreage expanded by 14% in that period and exceeded 40,300 hectares in 2019. Of these, 52% corresponded to small citrus fruits. The volume produced increased by a remarkable 41%, to 907,000 tons, according to data provided by the Ministry of Agriculture on its website. 450,000 tons were exported, so the area accounted for 74% of the national citrus exports. 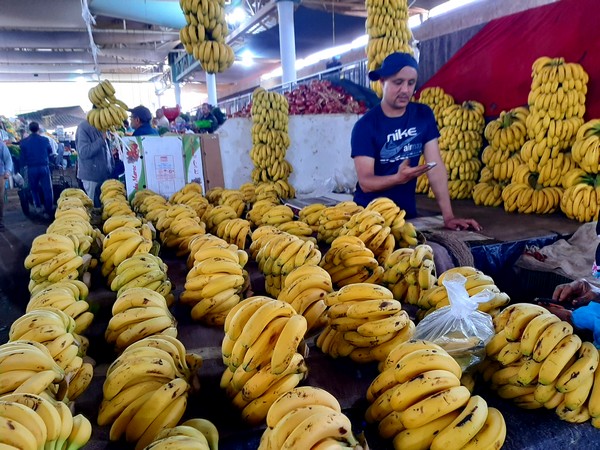 Banana stall at the Souk el Had souk in Agadir.

As a result of this agricultural expansion and greater technification, Moroccan fruit and vegetable exports have also increased. In the 2021/22 season, from September 1, 2021 to August 31, 2022, "despite a difficult international context," horticultural product exports reached a volume of 1,607,000 tons; 13% more than in the 2020-2021 campaign. As for tomatoes, "flagship product of the horticultural sector," the volume exported reached 670,000 tons, 19% more than in the previous campaign. Berry exports also recorded a remarkable growth, with a volume totaling 125,400 tons, 18% more than in the previous season. 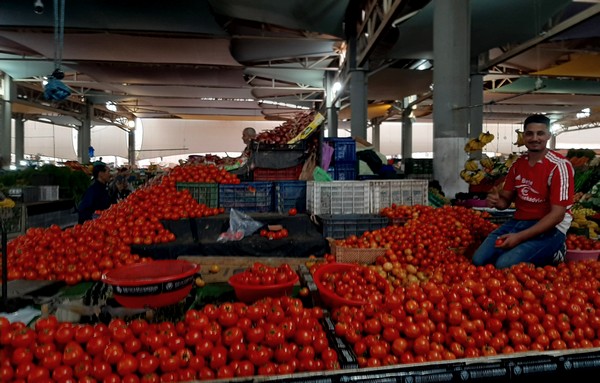 Tomatoes at the Souk el Had souk in Agadir.

"This concerns all citrus fruits intended for export. The export volume of small citrus fruits reached 629,300 tons, which is 40% more than in the previous season. As for oranges, exports registered a 42% growth compared to the previous season. This growth affected all destinations, with a remarkable increase in the American market (x 3) and the African market (x 2.2)."

Moroccan oranges, mandarins and lemons at the Souk el Had souk in Agadir. 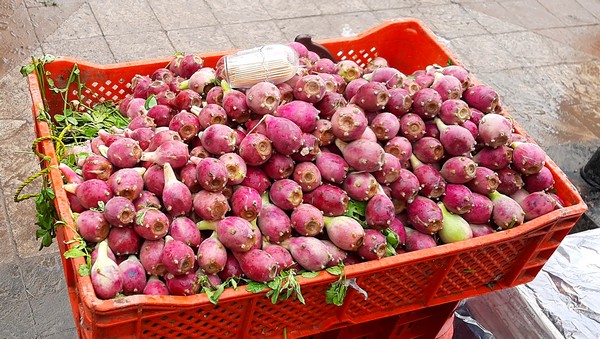 Small pink-fleshed prickly pears at the Souk el Had souk.