"Shipping fees are coming down, which is a stimulus for export trade"

"Price of fresh has pears doubled since last year"

The pear harvest is already past the half-way mark. Pear farmers were not eager to grow pears this year, so the production volumes of many pear varieties declined, which pushed the price up. Moreover, the shipping fees are gradually coming down, which stimulates overseas demand. 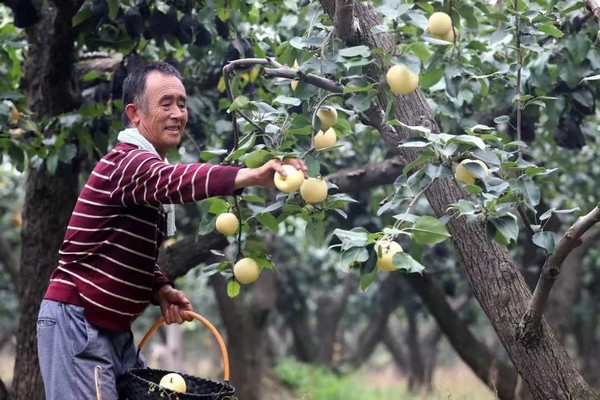 Li Xixi first spoke of the harvest conditions. "Pear farmers abandoned and even cut down some of the pear trees this year, which caused the production volume of Hebei pears to decline by 10%-15% this season. Several large export companies had difficulty purchasing pears from farmers this year because the farmers were reluctant to sell while the price was still relatively low.

"Farmers cut down pear trees because the purchase price was low last year, and so they lost faith in pear production. Moreover, harvesting and selling, or cutting down trees, all required labor, and there was a labor shortage. Some farmers simply abandoned their pear trees," said Li Xixi. "In April and May of 2022 the price of pears began to rise. A few farmers then began to cultivate their abandoned trees again, and others stopped cutting down their trees." 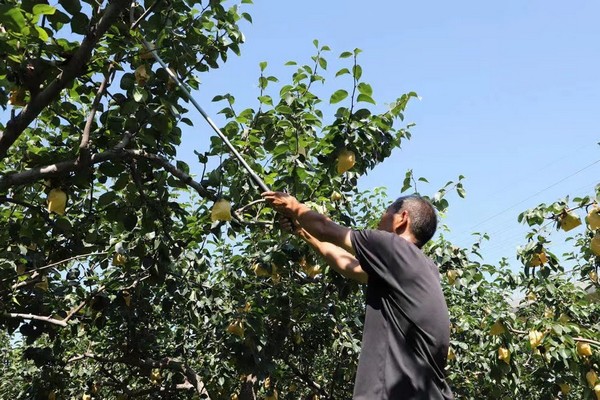 "In addition, market demand was rather strong during the harvest season, so distributors were harvesting and selling at the same time, and fewer pears were entered in storage compared to previous years. As for the price, this season the price has been high and shows no sign of coming down. Regardless of variety, Imperial Crown pears or Ya pears, the prices are up by 40%-70% compared to last season." 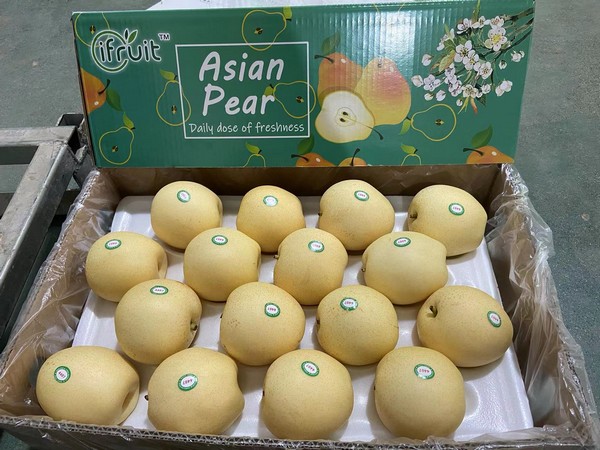 Conditions in the pear market are improving. "There are three reasons for this development. First, temperatures were rather low in spring, and rainfall was frequent, which delayed the harvest season by 5-10 days. The late harvest created a gap between the end of the previous sales season and the start of the new season, which stimulated demand. Second, international shipping fees are slowly coming down. The lower cost price of transport stimulates overseas demand. Third, Mid-Autumn Festival [10 September, 2022] is a period when fruit sales go up as people give each other premium fruit products as festive gifts. The sales volumes of Autumn Moon pears in gift boxes or Crispy pears both increased."

Pear export is currently stable and market demand is more or less the same as last season. "Overseas clients expressed worries over the high purchase price of pears early in the harvest season, but the drop in shipping fees has evened out the retail price of pears. The impact of high purchase prices on export is limited," said Li Xixi. "The gift boxes of pears are also very popular with overseas clients. Some of our overseas clients already made plans in the first half of the year for Christmas and New Year sales." 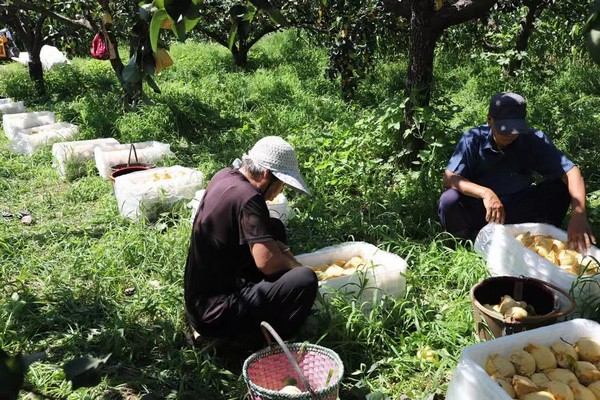 When talking about predictions for the next few weeks, Li Xixi said: "The growing delivery volumes of apples and oranges will put pressure on the retail price of pears. The domestic fruit market has suffered from extreme weather conditions this year. Lemons and honey pomelo are smaller this year and their production volumes are limited. The production volume of Xinjiang Fragrant pears is reduced because hailstones damaged the pears. That is why the price of fruit is somewhat higher this year. However, the product quality of pears is good this year and the BRIX levels high, so even when the price is high, domestic consumers will still buy pears."

Li Xixi also shared their view on the industry. "I think that only a profitable market can guarantee high product quality, stable production volumes, and confidence in the pear industry. Low prices will discourage farmers from growing pears or managing their pear trees to raise product quality. There is no way to develop a sustainable industry under such conditions. The overall surface area devoted to pear plantation shrinks every year. We hope to help farmers mechanize pear plantation, which can help farmers overcome the labor shortage, and stimulates the healthy development of China's pear industry."