"Spanish grapes have been able to establish themselves rapidly, certainly in recent years"

While the Spanish stone fruit campaign is slowly drawing to a close, the European grape season is now in full swing. "Increasingly better produce is now hitting the market with the first arrivals of Turkish Sultana grapes. The Italian season got off to a bumpy start, but is now picking up speed quickly, as the summer holidays have ended," says Matthias Reichelt, managing director of Karl Balcer Fruchtgroßhandel Co. KG at the wholesale market in Hannover.

Greek and Spanish grapes complete the seasonal grape range of the traditional company. "Greek Thomson are in demand, but scarce. Spanish grapes have been able to establish themselves quickly, especially in recent years, and are clearly gaining in importance," says Reichelt, who has been offering Spanish goods for a good two weeks. "Spain starts later compared to Italy, but they are represented on the market with high-performance varieties right into November. The focus is on low-seed grapes, such as Crimson and Arra." 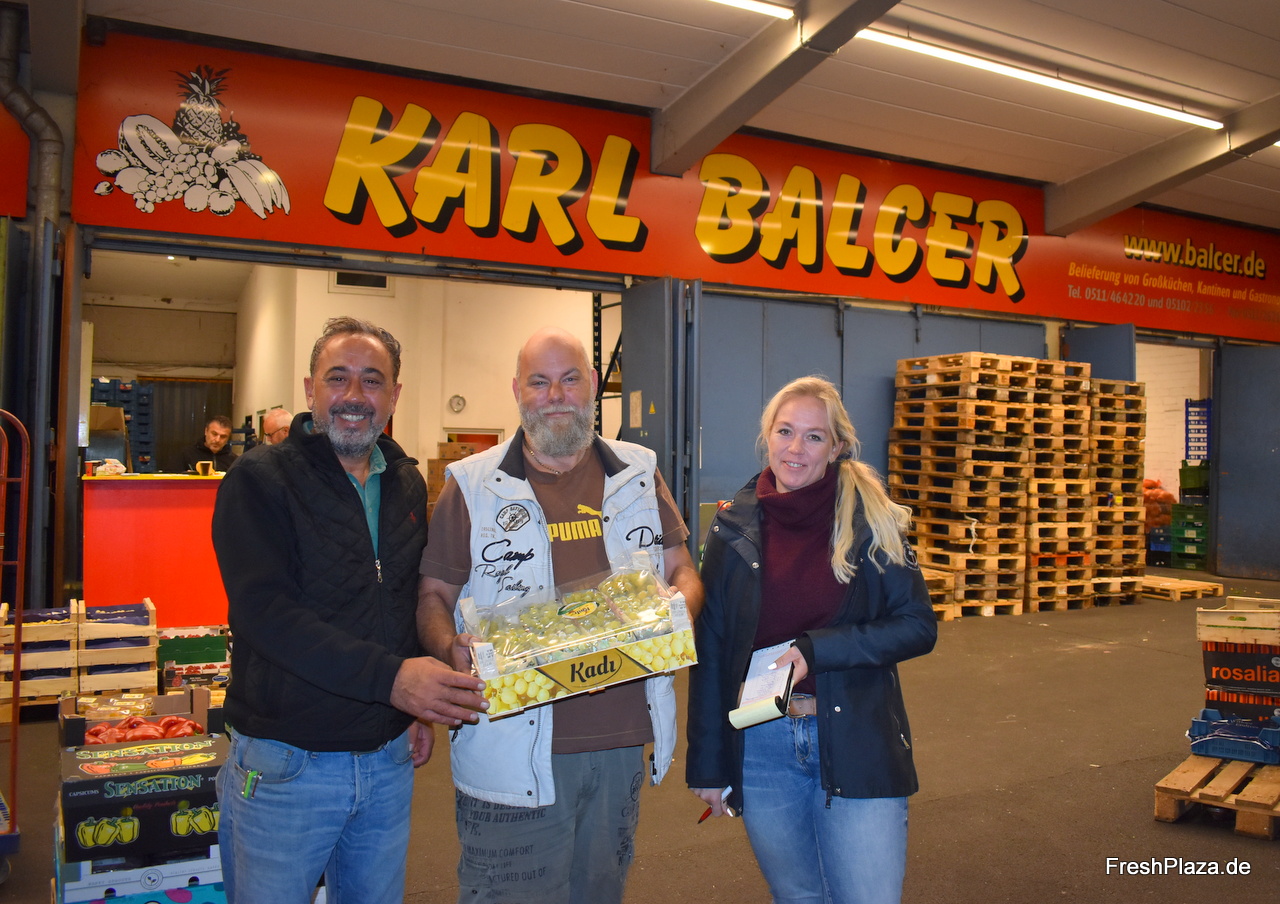 Spain authoritative in European melon cultivation
In contrast to the grape season, the European melon campaign has been rather slow so far, Reichelt continues. "We have had to cope with significant shortages of Spanish melons, which has been problematic to some extent, especially for varieties that are only grown in Spain, such as Galia. The lack of alternatives has shown us once again how decisive Spain is in today's European melon cultivation," Reichelt describes, pointing to the imminent arrival of the first overseas goods.

Karl Balcer Fruchtgroßhandel & Co. has been based at the local wholesale market in Hannover for many years and is mainly dedicated to supplying regional catering businesses. Reichelt: "We strive to offer regional goods wherever possible: Fruit is less available in our catchment area, but vegetables and salads we can largely source from regional growers. Meanwhile, convenience goods are becoming increasingly popular with our customers. We now offer seasonal sliced Hokkaido, for example."