"We started with one wrapping machine and now we are up to four."

"During the last few years, as part of the company's investment in new machinery, we also chose GNA's Wrap Box 600 packaging machine. We have four of them at the moment. We have not customized them in any way, but they have served us to create packaging lines tailored to our needs," said Massimo Malagrinò, sales manager of Ortofrutta Malagrinò, a company that specializes in the production, processing, storage, packaging and marketing of citrus, stone fruit and vegetables, based in Corigliano-Rossano, in the Calabrian province of Cosenza. 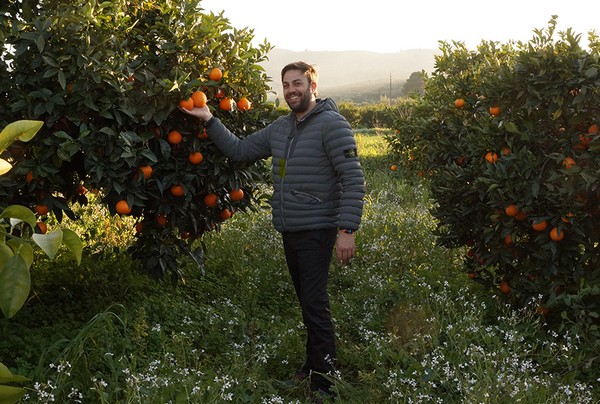 "Processing has gotten more and more robotized, and we did not want to be caught unprepared. We chose GNA for its competency in the industry and because its machines represent our internal production asset. All the work that used to be done manually to pack a 2 or 2.3 kg trunk is now done by the machine, alone. And this is an added advantage, as it goes to cover the labor shortage that we are increasingly experiencing, year after year," said Malagrinò.

Another added value of the Wrap Box, according to the sales manager, is the fact that it can use innovative and unconventional materials. "We believe in the values of eco-sustainability and therefore, starting this year, and particularly for the citrus campaign in the pipeline, we will be using a cellulose material for two of our GNA wrappers for our boxes. We have, in fact, purchased bobbins made of paper and linen/cotton yarn that will not only allow the product to transpire properly, but most importantly to show it." 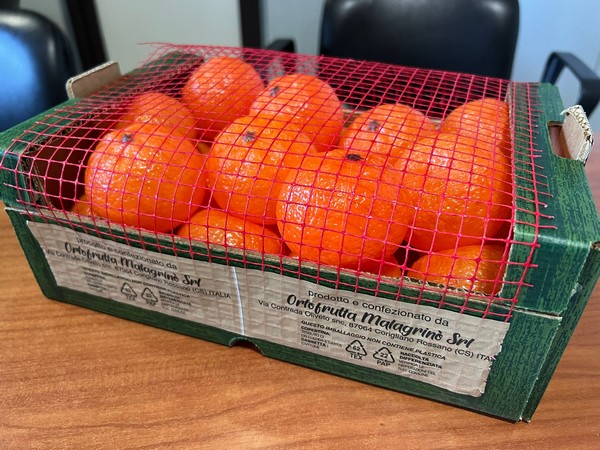 The Wrap Box 600 packing machine has enough flexibility that it can be used with a wide range of products. "In particular, it is used with small-caliber fruit and vegetables, such as clementines, and boxes ranging from 2 to 10 kg."

Ortofrutta Malagrinò is also wrapping up its stone fruit campaign and continuing with melons and vegetables. "Generally, we work with Italian, Polish, Croatian, and, in a more limited way, German supermarkets. It is not so much the ongoing conflict in Eastern Europe that worries us for the upcoming citrus season (clementines and blonde/red oranges), but the speculation in material costs that is taking place in Europe and Italy."

Wrap Box 600: the features
Among the main areas of application of the Wrap Box 600 is, precisely that, fruit and vegetables. It is a wrapping machine designed by the Bologna-based company GNA to hot glue on plateaux - of cardboard or wood - a micro or macro perforated film or a cover of extruded mesh+film or even cotton or linen mesh and paper. 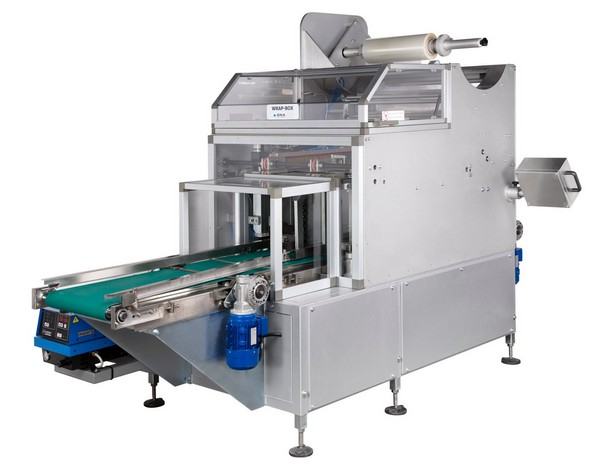 A PLC-managed control panel is used for visualizing all functions, parameters, and formats that are programmable according to the size of the trays (20x30, 30x40, 30x50, 40x60 cm). The plateaux format changeover is automatically operated by a programmable logic controller (PLC); changes in width, height and glue position are entered into the format, along with the length of the film, without making any manual adjustments. The machine packs up to 30 cartons per minute.

An investment for the future
"To my colleagues in the industry, I would recommend to invest in the Wrap Box 600 packaging machine, because the type of packaging it works with is that which is mainly demanded by Italian and foreign supermarket chains. Our goal, but also that of all companies, is to sell their references. With the Wrap Box 600 we have an extra boost," explained Malagrinò, "In addition, GNA has an excellent after-sales service and we are supported both remotely and on site.

If we talk about investments, one naturally thinks of the moment of crisis and price increases that businesses have been undergoing in the last period. "We are trying to absorb both the shock and its impact. There is a need to balance the budget and reach at least a break-even point for the next two years. We are not talking about having profit margins, because in such an economic situation it is already enough to not shut down. Let's invest in ourselves, in the hope/knowledge that there will be more favorable times; it has to be that way," concluded Malagrinò.