“We’re looking at what’s most important to add to the UK food system turning weather limitations to our advantage to grow local products indoors. By replacing crops that are normally imported, we can create more potential by farming vertically here,” says Graeme Warren, CEO of Vertegrow.

Moving from a container farm to a large-scale farm, the company aims to add value to the UK food production from Aberdeenshire, Scotland. 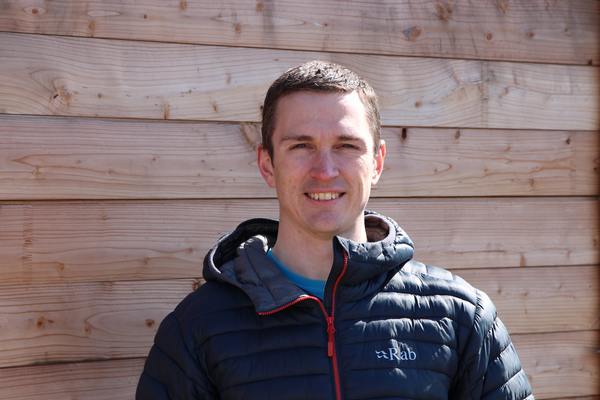 Local partner as a bonus
At this point, the farm consists of a 10-meter tall tower with 51 growing trays which has a total growing area of 300m2. Together with IGS, Vertegrow is now set to turn weather limitations on its head by adding nutrient-rich crops to the table.

“As IGS offered local hardware, software, and expertise, it was a great bonus. We’ve spent years looking at the right design of the facility, size, and more. It changed a few times, but once it was laid out, we’ve been able to set it up fairly quickly.” 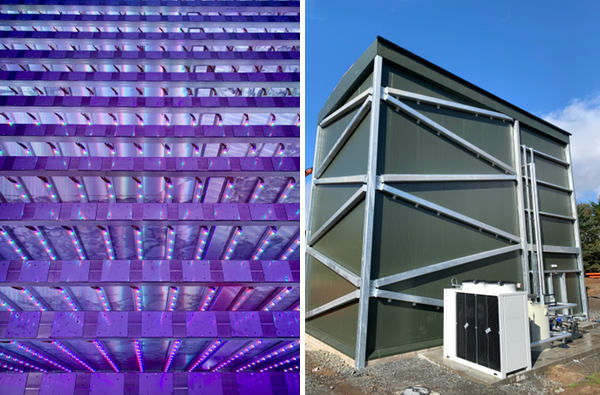 As Graeme shares, the long-term plan is to develop a second site in the South of Scotland, which will be closely located to off-takers to reduce food miles even more. Eventually, large retailers will be a focus of the agtech, whereas for now, food service is the main clientele. “The more experience we’ll obtain by growing and improving our yields and products, we’ll be able to expand our offer as well,” Graeme adds.

At this point, produce is sold locally at small retailers, farm shops, single-store businesses, and restaurants. Whereas most interest comes from food service. Graeme notes that as soon as Vertegrow can show the demand for its products, it hopefully opens up opportunities to roll it out to more off-takers. For the Aberdeen facility, produce will be sold to wholesalers and local shops in the area.

Filling the off-season products
Thus far, Vertegrow has been testing crops such as strawberries which they could produce off-season. Soon, they’ll start trialing production at a large scale, potentially using bee hives to pollinate them. There are various interesting crops the team is looking into, but the core crop range will stay microgreens, leafy greens, and herbs.

With the rainwater harvesting system, the farm is able to keep resource use low, as well as renewable energy purchased via a green tariff from grid generators. In the long run, Graeme desires to create a generator on-site through existing turbines to harvest wind energy or solar panels. On the gas side, there’s no need to look into a supply as they are using waste heat from the LEDs, with electricity being the easiest energy to “green” with renewables, says Graeme smiling. 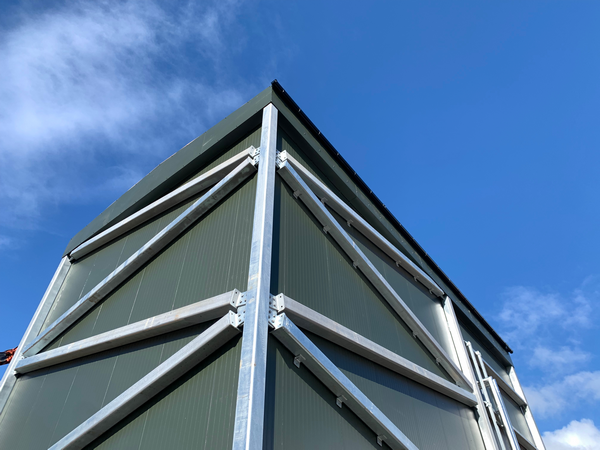 Effect of Brexit
“In a few areas, we can see that Brexit has affected local production in Scotland. For instance, import prices they’ve gone up significantly. Though, from a produce point of view, that’s to our benefit. The issues have become much more prevalent since Brexit as we’re speaking to our buyers who see local production as a huge benefit,” Graeme affirms.

From a labor point of view, the team is excited to add new jobs to the region in tech, data, and farming which could be a boost for the area as many are leaving for urban places to find those. Besides that, Vertegrow is in talks with local universities and agriculture colleges to figure out whether they could make their courses relevant to vertical farming. In this way, farms could meet the requirements of what they’re teaching.