Earlier this week, in Belgium, the first full-scale Rubis Gold apple harvest began. This golden yellow apple variety has already gained a foothold in France but is still relatively unknown in the Netherlands and Belgium. "We've been in retail with certain test volumes for the past two years already, and that went great," says Louis De Cleene of Devos Group, which holds the exclusive Rubis Gold distribution rights in the Benelux. 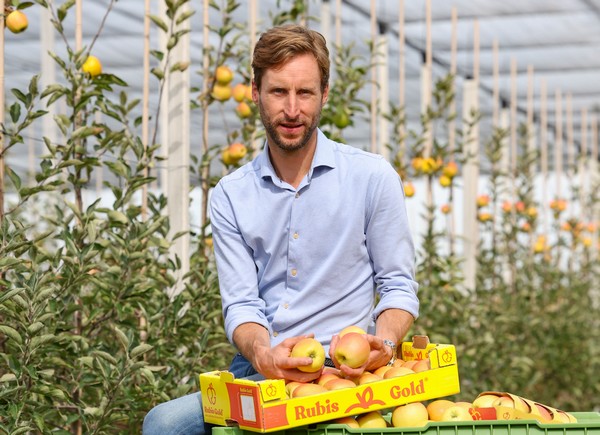 This Belgian cultivation and trading company now has about 30 hectares of these apples. "A group of specialists and traders, representing the golden yellow apple, introduced the Rubis Gold to France four years ago. Like us, they're family businesses that own the cultivation and trade. We can, thus, first deliberately set the apples, so we go through the teething problems and bear the associated risks. Then when we offer it to our growers, we can immediately share the Rubis Gold's full story." 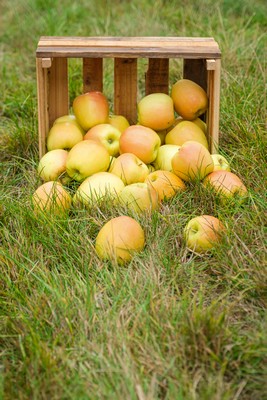 This group's accumulated knowledge helps the Devos Group with the cultivation of these apples. "That's managed centrally by specialists who know what they're doing. This season, that's resulted in an excellent quality apple," continues Louis.

"We grow almost entirely under hail nets, so the recent stormy weather didn't damage the apples. They also have hardly any heat damage. So, we can put a fantastic product on the market."

But Rubis Gold faces a battle in the region. "Belgian consumers aren't very familiar with golden apples, which they often perceive as not being crisp or firm. We, therefore, face the challenge of changing Northern Europeans' perception of yellow apples. With so many red varieties, consumers often can't see the wood for the trees, but this apple's color, texture, and flavor are distinctive," Louis explains. 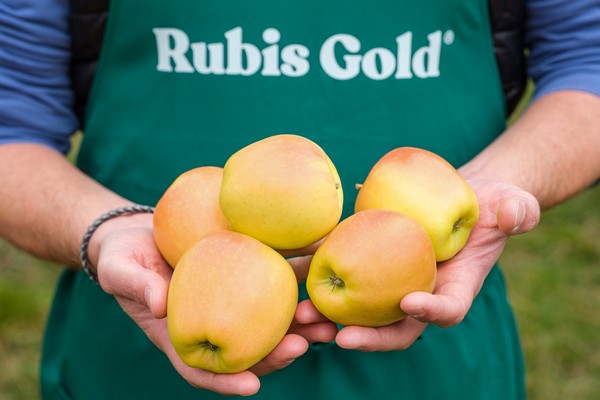 "It's also an apple in which we truly believe. The test volumes have already shown that once people taste this apple, they keep coming back for more. So, this season, they will again be a little more widely available. We expect to pick between 70 and 80 tons, so we can't possibly serve everyone yet. However, this is just the beginning. You don't want to flood the market; you want to expand steadily, keeping pace with demand. We're trying to market the product thoughtfully." 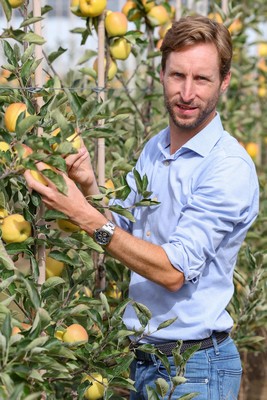 "The apple market's generally quite tricky," De Cleene admits. "There's far too much supply and too little consumption, but I think something new can provide the necessary relief. Rubis Gold could be that thing."

"It appeals to people and differs from what they're used to. I think its consumption will rise rapidly, and we believe this apple will soon become a fixture on the market," Louis concludes.