The Port of Constanta in Romania, located at the crossroads of the trade routes linking markets of the landlocked countries of Eastern Europe with the Caucasus, Middle East and Central Asia, has become a true cargo-transit hub for all kinds of transport.

Informall BG, a cargo analytical bureau in the Black Sea region, states that under normal market conditions, the annual container turnover growth rate of Constanta is at 2-3%. However, recent data shows that Constanta increased its laden container volume in H1 of 2022 by 10,4% YoY. 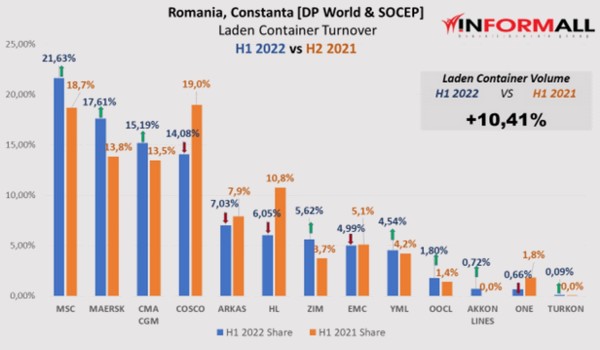 This is being caused by the war in Ukraine. Although Ukrainian container terminals remain blocked, a large share of container traffic destined to Ukraine is moving to Constanta followed by transit-truck or train delivery to a final destination in Ukraine.