Elnio Durán, Ambassador of the Dominican Republic to the United Kingdom and Northern Ireland:

Inflation has become a major global concern. The supply chain has been under pressure due to the successive exceptional events of the last two and a half years, and this has resulted in prices increasing to concerning record highs. The rise in all costs has had a strong impact on agriculture, and more specifically on the banana sector. According to Elnio Durán, Ambassador of the Dominican Republic to the United Kingdom and Northern Ireland, this staple product plays an important socioeconomic role in its production areas, and it is one of the main agricultural products exported by the Dominican Republic to the United Kingdom and the European Union. 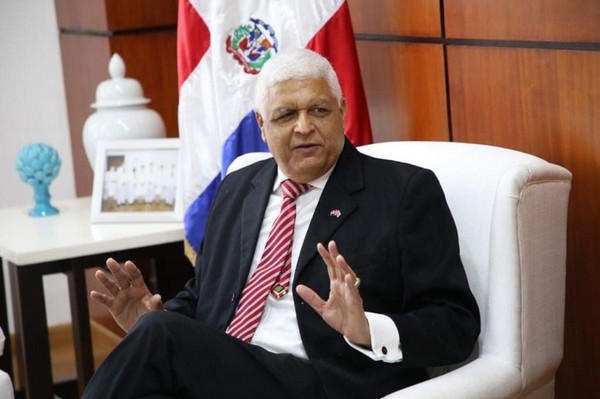 "Right now we are dealing with extremely high production costs, which have increased by 30-40%, but Dominican banana prices have remained stable over these last two years," said Elnio. In 2022, the cost of maritime transport in the Dominican Republic has increased by about 41% compared to 2018; land transport has become 58% more expensive, cardboard prices have increased by 14%, those of fertilizers are up by 57% and labor costs are 25% higher. A price survey conducted by the Dominican Embassy to the United Kingdom and Northern Ireland in major supermarket chains in London confirmed the stability of fruit prices. To be more specific, in the most critical months of 2022, from April to July, banana prices remained virtually unchanged, despite the fact that the CPI in the UK in July climbed to 10.1% and, in the case of food and beverages, the year-on-year rate amounted to 12.6%. 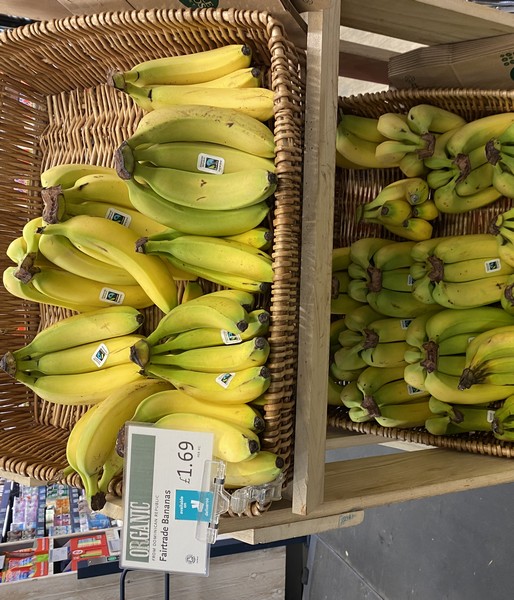 Photo provided by the Embassy.

"We hope the world will understand that it is impossible to keep banana prices at the same level in this situation of rising costs," he said. "It is also necessary to be aware of the strong social impact that bananas have globally in their production areas, which are generally vulnerable areas. Bananas are not a gourmet product; they are a social commodity. Agricultural producers have to deal with a number of risks that, in the Dominican Republic, and in Central America in general, are greater because of the climate. In the Caribbean, we are threatened every year by cyclones or hurricanes that can cause considerable production losses." 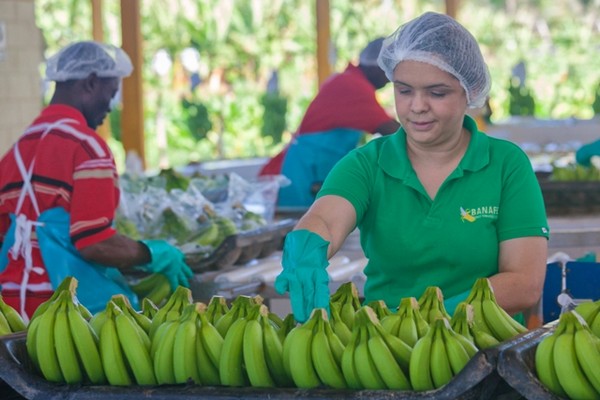 The negative impact on the profitability of producers due to the increase in costs, combined with stagnation in sales prices, is directly affecting these traditionally depressed areas in a negative way. Thus, if this situation persists, the pressure on the productive sector, which is also facing the difficulty of acquiring key production inputs, such as fertilizers, on the international market, could simply make the activity unsustainable.

"In the Dominican Republic there are about 1,800 banana producers. 1,500 of them are small producers, between 100 and 200 are medium producers and 100 of them, who cultivate about 100 hectares, could be considered large producers," said Elnio Durán. "We produce about 350-400 containers of bananas per week, the equivalent of about 350,000 boxes, and about 85% of the bananas produced in the country are organic, and a large part of both the organic and conventional productions is Fairtrade." 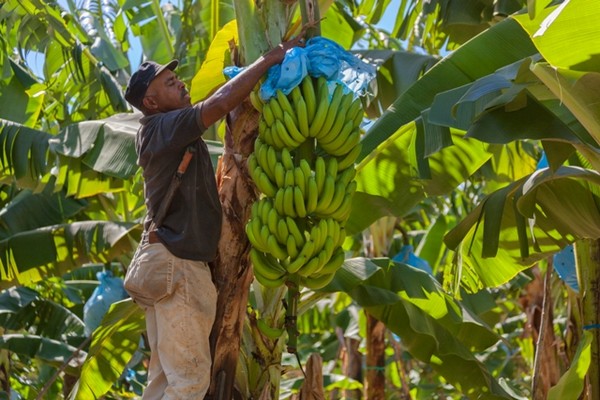 Dominican fruit has the certifications required by the demanding international market, with a strong focus on sustainability: GLOBALG.A.P., which is necessary to export; organic, for each of the destinations, and Fairtrade for all Fairtrade fruit, said Elnio. However, the very economic sustainability of the sector is at stake. "We must also remember that certifications have a high annual cost that is part of the production costs, but which isn't usually taken into account." 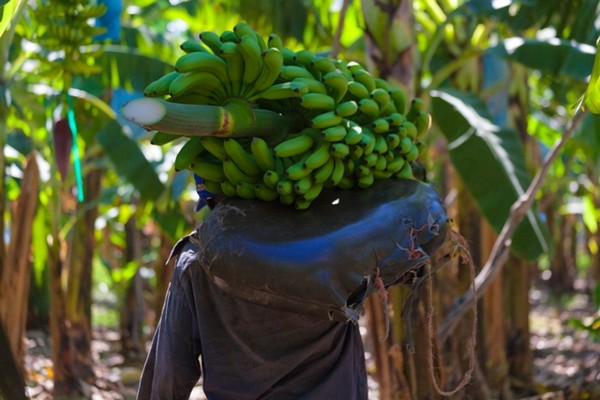 On average, as reported by the Embassy, a box of 18.4 kilos of conventional Dominican bananas costs approximately US$6.5, while a box of organic bananas costs US$7.5, the same as conventional Fairtrade bananas, and Fairtrade organic bananas cost US$9.5. A simple calculation shows the meager price producers are receiving for their fruit -including production costs- in the current inflationary context, and the existing difference with the final price paid by the consumer. This invites further consideration of the banana sector's request for a decent price, not only in the Dominican Republic, but in Latin America as a whole. "Only another 10 cents per kilo, an amount that wouldn't entail a great additional expense to European, British or American customers, would be helping protect a whole sector that has a very strong socio-economic impact." 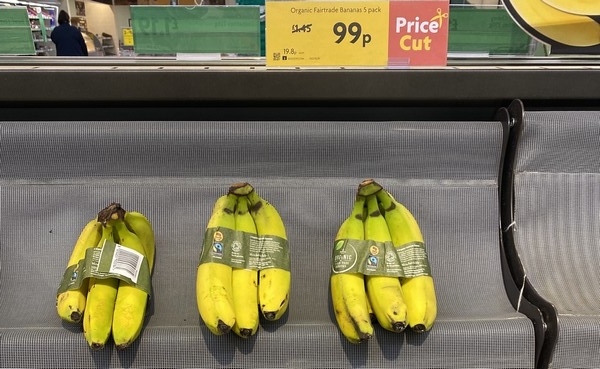 Photo provided by the Embassy

"Faced with this problem, the Embassy is considering organizing a summit where the ambassadors of all Latin American banana producing countries would be invited to discuss the price situation in the international market and find a possible solution," said Elnio Durán.