“Politics should never affect the sale of wild mushrooms”

Ahead of the start of autumn, this year's wild mushroom season has already begun in the Catalan Pyrenees -almost a month earlier than last year. Although it has been a very dry year, the latest rains have facilitated the growth of the first Boletus and Lactarius deliciosus of the season, said Isaac Petrás, of Bolets Petrás.

"Right now we have these two varieties of domestic mushrooms on the market. In about 15 days we will have about 10, and if all goes well, in 30 days there will already be 30 different varieties of mushrooms harvested in Spain available. However, making forecasts is very difficult, especially after a very dry season in which irregularities are likely to be expected."

The fact is that, while it has been raining in the Pyrenees, other regions where mycological species of great commercial value traditionally grow each season haven't had the expected rainfall. "Mushrooms are a wonderful organism, but also very capricious," said Isaac, "and very sensitive to the cycles of the earth and climate change. In fact, in recent years we have been noticing a change in mushroom growth patterns, and not only in Spain." 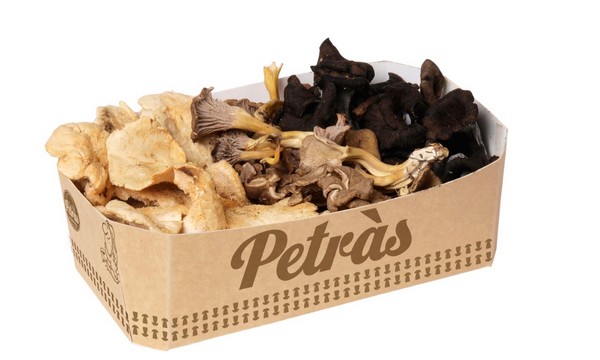 "For example, suddenly, in a small region of Catalonia or Aragon, a certain mushroom won't grow and we have to go and buy it in Sweden, or in Romania, where we have been working for a long time and even have a warehouse. About 4-5 years ago, the production dropped and harvesting work had to be done in Ukraine."

Eastern Europe is, in fact, an important mushroom supply area for Bolets Petrás, which, in addition to its facilities in Olesa, in Barcelona, has warehouses in Romania and Bulgaria; a country where it arrived 30 years ago as a pioneer in the Spanish wild mushroom sector.

"We market mushrooms all year round and we manage that by importing from 32 countries, 14 of which are in the Eastern European region. We bring in a lot of mushrooms from Ukraine, Russia, Belarus and Macedonia, and this year, even though we are managing to get products into our warehouses, things have become more difficult due to the war. Politics should never affect the sale of wild mushrooms, because they are very different issues, but the reality is that it is hurting us."

"This week, chanterelles cost twice the price recorded at the same time last year"
Isaac Petrás is currently managing the company that his grandfather founded in 1965, and which began with a humble stall in the Montserrat municipal market, which later moved to La Boqueria. In these 57 years, Bolets Petrás has grown to become a national leader in the sale of mushrooms, serving distributors, wholesalers and retailers; working with fresh, dried and frozen mushrooms, both cultivated and wild."

At the beginning we didn't even have refrigerated vans," said Isaac, "but we have managed to do things really well, with a slow and sustainable growth, until we have become what we are today. But what matters most is that we are very satisfied and happy with what we do." 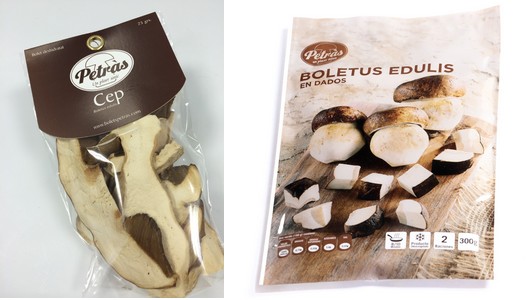 Three decades ago, we started working with new countries for the supply of wild mushrooms, and for the last 20 years the company has been using only cardboard for the packaging of its products, anticipating a trend towards sustainability that, in a few months, will be regulated by law in Spain.

"It is always difficult to make forecasts in the wild mushroom sector, which is still perceived as a complementary product, and this year we don't know what will happen with this huge inflation. For the time being, things are going well in the market. The demand is adequate for the price and everything is fine. Mushrooms such as the chanterelles (Cantharellus cibarius) have been twice as expensive as they were at this time last year. We don't know how the season will develop and everything will become clearer when the demand increases and the price shoots up," said Isaac, "although the season has started with very good prospects." 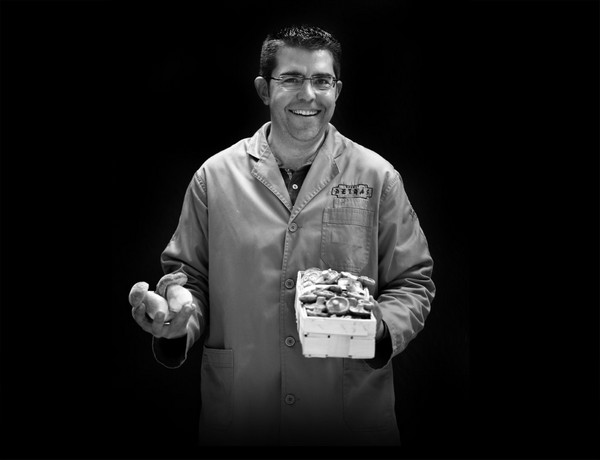 In addition to managing Bolets Petrás, Isaac Petrás opened the country's first edible insect store in Barcelona in 2003, and in 2009 launched the internationally awarded Petrás Beer.