Millions placed in lockdown across China, water crisis has not eased

Facing a tough business environment, with the reality changing on an almost daily basis, has become the new normal for many companies doing business in China. The last few weeks have brought a range of new challenges. Particularly the South and Southwest regions of the country have been hit, including the provinces of Sichuan and Guangdong.

Months of dry weather and heat have hit the region's hydropower capacity, forcing factories, offices, malls, schools, and other public venues to close or go without electricity for lighting or air conditioning. This during one of the hottest periods measured in China's history, with temperatures for weeks topping forty-plus degrees.

The city of Chengdu, with 16 million inhabitants, has gone into full lockdown. In addition, 70 other cities across China have implemented different levels of lockdowns. It is estimated that a total of 65 million Chinese are in total or partial lockdown. Covid cases have been reported in over a hundred cities, the highest number since the early days of the pandemic in 2020.

On top of this, a 6.8-magnitude earthquake reportedly hit Sichuan province on Monday afternoon, only 200 km from the city of Chengdu.

Travel between cities and provinces has been complex all Summer. Different regions require different quarantine restrictions, so there are delays on entry and return for business and other travel. In addition, there is always the risk that one's health code changes color, after which a period of forced home or hotel confinement follows.

In recent weeks, places including Shenzhen, Hainan, and Tianjin have all experienced different levels of Covid-restrictions. The situation in Hainan, a sub-tropical island in the South of China, caused thousands of tourists to be confined in their hotel rooms for two to three weeks. Ironically, many of these tourists traveled from Shanghai to the island, finally able to leave the city after months of confinement in March, April, and May. 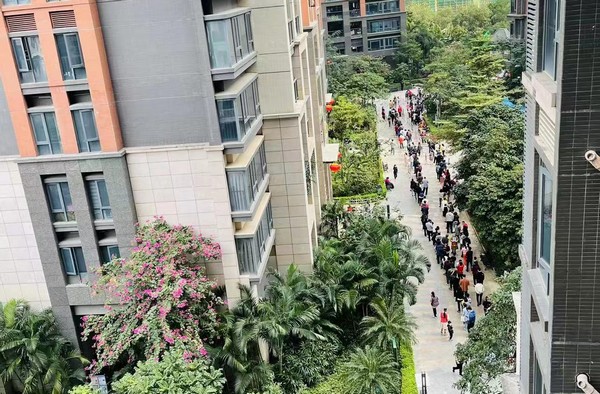 The reported, and very much hoped for, ease of quarantine and travel restrictions, for both international and national travel to China, and inter-regional travel within the country, have not materialized. As such, international flights remain scarce or very expensive.

Hebei province, the province surrounding the city of Beijing, has ordered millions of residents to stay at home until the end of the week. Tianjin, a port city near Beijing, will conduct mass testing on all its citizens.

The effects on the fresh produce trade are mixed. Hebei pear exporters faced problems, as they could not file the required shipping documents to export containers of fresh pears. However, there are no reports of recent Covid-related delays in the major ports of Shanghai, Tianjin, or Guangzhou, although daily testing routines to have access to the produce wholesale markets, remain in place. Containers prices are still high but have come down from even higher prices in the last two years. Importers in Shanghai and Guangzhou have not reported recent delays in container shipments.