"Thanks to acreage expansion, larger export volumes will be available to us"

The internationally operating Fairfruit Group has been harvesting the first pomegranates from Portuguese cultivation for about a week.

"Despite intensive irrigation in the Alentejo growing region, the ongoing drought has had a noticeable effect on our plants. In general, yields are somewhat below average and fruit sizes are slightly smaller than last year. On the other hand, we have been able to expand our cultivation capacity this year, which is why we will market more volume after all," says Pascal Felley, Managing Director of the Fairfruit Group.

The raison d'être for Portuguese pomegranates
Compared to the usual suspects in the pomegranate sector, such as Spain, Turkey and Italy, the market share of Portuguese exports has been relatively manageable so far, he says. Felley: "We are observing a certain demand for Portuguese products on the European export markets, not least because of their high quality standards. In this respect, Portuguese pomegranates have a raison d'être in the export scene alongside the established countries. Our task is to further exploit this export potential in the coming years and secure our place in the market accordingly." 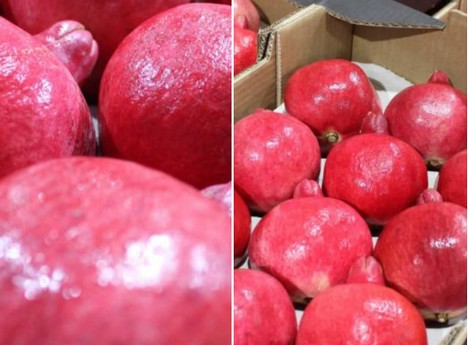 Fresh pomegranates of the Smith variety.

Further yield increase planned
In addition to marketing fresh pomegranates, Fairfruit Group is also involved in the production as well as distribution of pomegranate seeds. The trend is also undoubtedly upward in the industrial sector, Felley further said.

"Portuguese pomegranate production has developed rapidly in recent years. Currently, we cultivate a total of about 400 hectares and the total volume of our growers is expected to reach 1000 tons this year. The main varieties in cultivation include the Smith, Acco and Wonderful, but we are in the process of testing new varieties in cultivation. It should also be mentioned that most of the plants were planted only a few years ago, so full yields are not yet harvested. So yields will only continue to increase in the coming years." 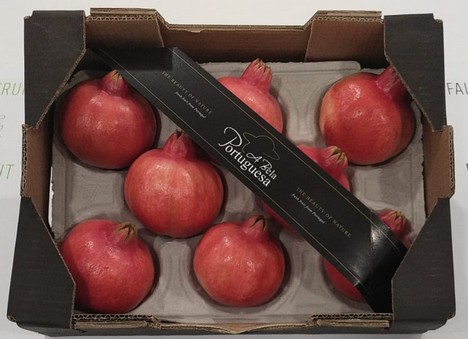 On the sales side, Fairfruit Group is also quite confident about the future. "On the one hand, the pomegranate is not an easy fruit and compared to other fruits, it is less suitable for in-between consumption. On the other hand, the pomegranate meets today's zeitgeist, as the fruit corresponds to the trend towards healthy nutrition. In this respect, we do not rule out that fresh consumption will eventually reach its limits, while demand for processed pomegranate products, such as juice and concentrate, will continue to develop."