Blue Whale is starting the harvest of its Fuji Primeur apples this week. “The Fuji Primeur is harvested in the southwest of France and sold only from September to the beginning of October. These sweet and juicy apples are particularly popular among French and Spanish consumers,” explains Marc Peyres, sales manager at Blue Whale. 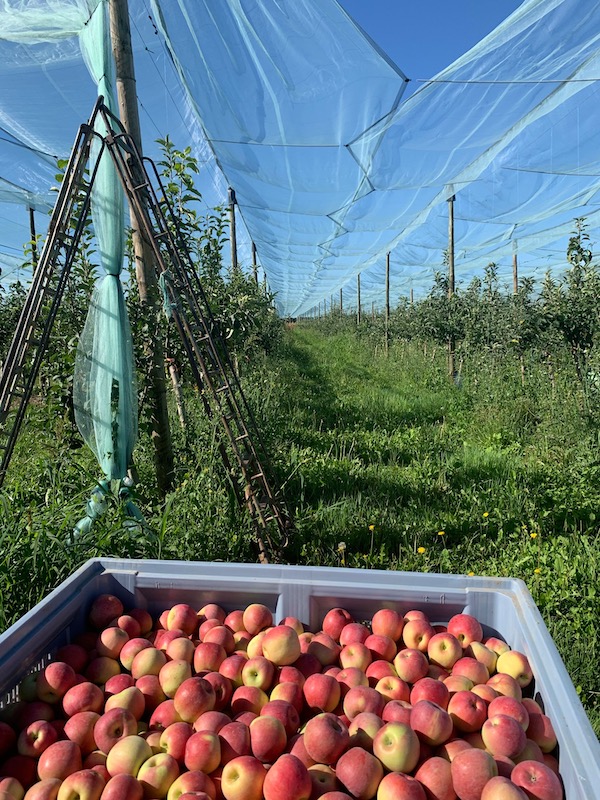 Despite the high temperatures, there is no negative impact on the quality. The size, coloration and sugar levels are good. “Almost all the orchards have now been mechanically trimmed which allows our Fuji to have a nice coloration, although less intense than in a year with lower temperatures,” explains Stéphanie Carminati, head of the Spanish/Portuguese market at Blue Whale.

“Without the trimming, we would have started a lot later in order to have a nice coloration, and the fruits would have been much more advanced in terms of ripeness.” 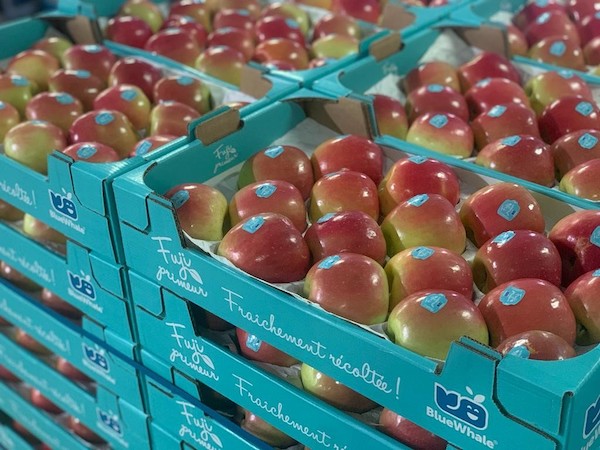 The 2022 Fuji harvest is looking very promising regarding the quality of the fruit, with volumes that are slightly inferior to last year due to some rotations. And although less intense than in previous seasons, the coloration of the fruit is still very nice.

“The Fuji has really found its place on the French market in recent years. It is now well known and very much anticipated by those who have tasted it before,” explains Marc Peyres.