"Plum year will be remembered as quite bumpy and turbulent"

The plum harvest in the Balkans is approaching the second half of the season. However, this year's season has been very slow, both in terms of procurement and marketing, according to Kristina D'Angelo, managing director of specialized trading agency for Balkan Fruit. Among other things, the constant oversupply, the unusually early start of the season and the omnipresent cost increases were to blame.

Balkan Fruit, based in Bretten, Germany, was founded this year and sees itself as a link between producers in the Balkans and the German sales market. D'Angelo: "My father used to run his own fruit farm in Serbia and is therefore familiar with the industry. Later, he focused more on trade. After I decided to follow in his footsteps, I then came up with the idea of starting my own trading agency. In principle, we offer the whole range of Balkan products - from pome and soft fruits to plums, apricots and sauerkraut in winter. Our sales markets are in particular the wholesale markets in southern Germany as well as convenience processors, whom we supply with raw produce." 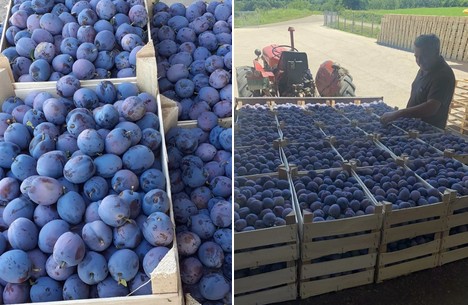 Over-supply characterizes this year's season
This year's plum season got off to an exceptionally early start, D'Angelo said. "In the first week of July - about 20 days earlier than usual - the first batches of Cacaks Schöne arrived already. Obviously, we couldn't fully store those volumes, so there was a hole until the next harvest wave."

The lack of demand complicated matters. "Due to the early start of the season, there was still too much domestic produce from Germany, which had a corresponding effect on the demand for Balkan plums. The market was also fiercely competitive in terms of price during the first phase of the season. Cacak's Schöne traded at 0.85 euros/kg, while prices normally are around 0.95 euros/kg. In this respect, the plum year will unfortunately be remembered as very bumpy and turbulent."

In connection with the relatively low price level, the high procurement costs this year are also particularly noteworthy, D'Angelo continues. "Transportation has become extremely expensive, which has a corresponding impact on fixed costs. Unfortunately, this also results in very little left for the grower at the end of the day."

At the beginning of the second half of the season, she said, there is still no talk of the market picking up. Due to a lack of demand, the marketing situation remains sluggish, according to D'Angelo. "Unfortunately, we also see little change in terms of prices. The current main variety, Stanley, is being offered at around €0.80/kg. We primarily try to place our goods in the fresh market, whether in retail or in wholesale. If the goods do not find a buyer, they are placed in the industry. With our finger on the pulse, we want to do justice to the idea of sustainability. This is particularly important to us." 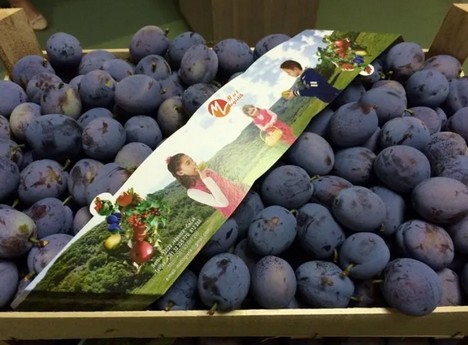 More export potential exists despite staff shortages
Despite the difficult 2022 season, the specialized importer sees further growth potential for fruit growing in the Balkan region. "The agricultural sector in the Balkans is struggling with an alarming lack of personnel, as it is very difficult to attract the younger generation to agriculture. The standard of living in rural areas is very low in the Balkan countries compared to urban areas, which in turn is partly related to EU membership. If these challenges can be overcome to some extent, I am quite positive about the future. Because I see more export potential, not only in plums, but also in soft fruits."