The Greek pears have almost been fully harvested for the season, says Paris Karastergios, import-export coordinator for Greek produce exporter Kastargiou P. Bros S.A.: “We have finished harvesting our pears with about 90% picked, with only a few batches of smaller fruits remaining. At the moment, the picking continues with the varieties that are going to be used mostly for canning purposes, Highland, Sissy and Williams pears. Quality wise, this season the Greek weather was favourable for pears. There were no major damages by frosts during blossom, which was our major issue last year. Moreover, there was no rainfall during the picking period, which lasted from 20/07 to 22/08, and the temperature didn’t exceed 35 degrees Celsius, thus we didn’t have any sunburned pears either. This all means that the production was higher than last year’s campaign by approximately 15-20% in all three of our main varieties.” 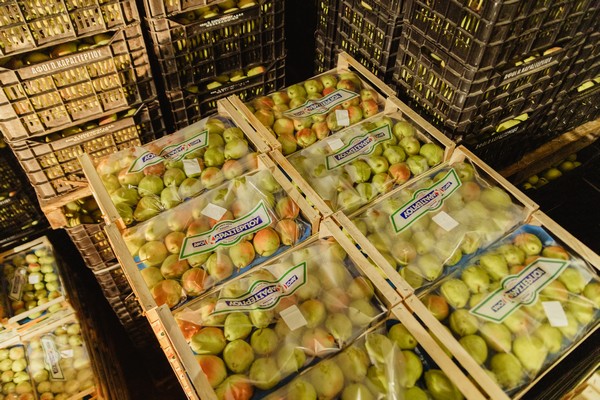 “Our main varieties for export are Coscia, also known as Ercolini, and Santa Maria. We also offer Blanquilla pears, which are maybe not as known in the northern part of Europe. However, it’s the bestselling pear in the domestic market, and it’s highly appreciated in Israel as well. In terms of volumes, we work more with Santa Maria pears, and then Blanquilla. Coscia is a variety that’s not cultivated as much compared to previous years, because most growers replace it with Santa Maria,” Karastergios explains.

“Different varieties do better in different destinations; with Santa Maria to be appreciated both in Europe and Middle East. We export all of our varieties to Israel and Jordan, while Santa Maria is also exported to the Czech Republic, Bulgaria, Lebanon, and Saudi Arabia. Coscia is highly appreciated in Saudi Arabia and in the UAE, where we started exporting to this season.”

As with a lot of other European countries, Greece is also dealing with a shortage in labor. It has resulted in higher costs for the harvest, but Kastargiou got it all done in the end: “The major challenge for our growers up to this point was to find workers for the harvesting process. In every region in Europe, there is a significant lack of personnel for picking. This is no different for Greece, as most of the workers that were picking fruits last year, didn’t come to Greece at all, or preferred other jobs, mostly into tourism. This issue led to delays in picking, and higher costs which in turn led to higher prices as well. Eventually, the growers had to find workers from some of the refugee hospitality centres that are located near to our production region, and the picking has come to an end.” 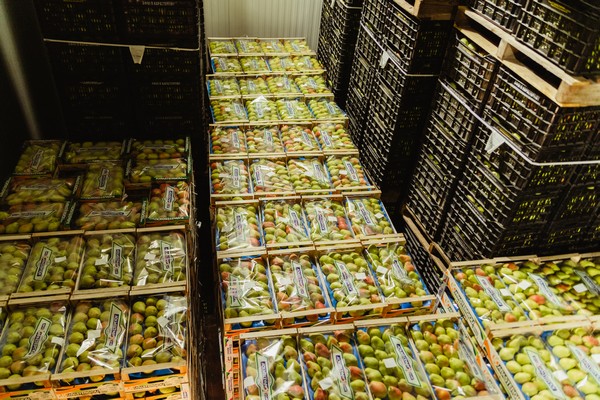 Kastargiou would really like to see their pears reach new destinations this season. “We are already trying to enter the market of Oman with Santa Maria and Egypt with Coscia pears, while we are strengthening our relationships with our loyal clients in Israel. Another interesting market for Santa Maria is Germany, where Santa Maria pears are consumed early autumn, before they switch to Conference pears. The season will be in full swing during September-October, and it will last until February for Santa Maria and late May for Blanquilla, so we have time to discuss with potential clients the possibility of working together.” Karastergios concludes.

“Finally, we are working on expanding our products calendar with a couple more varieties, like Williams Bon Chretien, which is a pear with long shelf life and resistance to longer transit times, in order to reach Far East destinations.”