As Hans Lehar, Managing Director of OGA/OGV Nordbaden recently informed us, plums and damsons have established themselves as an important mainstay for the company, in addition to asparagus, sweet corn and soft fruit.

"In this area, we have developed very strongly in recent years. The season runs until September/October, possibly even November. In the process, we also purchase imported goods from Eastern Europe, which we have been trading on a large scale for years," says Lehar. He also talked to us about the necessary use of plastics in the food industry and why he believes a Europe-wide solution for climate protection and sustainability standards in the fruit and vegetable industry is necessary.

2,000 tons of plums from Eastern Europe
The company sources up to 2,000 tons through its own operations in Serbia and Poland, as well as imports from countries such as Hungary, Bosnia-Herzegovina and Moldova. "A few years ago, we started a project with plums from the Balkans together with the German Society for International Cooperation (GIZ). We provided aid in the certification of farms and were able to establish a great many contacts. We have always enjoyed a good working relationship with these farms. We are planning to expand our product range with some of the producers," Lehar continues.

4,000 tons of plums from Germany
From its own German production, the company offers up to 4,000 tons of plums. "We sell the plums in various containers to both food retailers and wholesalers. In some cases, we also supply destoning companies as a preliminary stage for bakeries. An own processing was once planned years ago. Due to a completely new branch of business and high investments, we refrained from doing so. We don't currently have any processed goods in that sense, apart from peeled asparagus, which is already supplied to us peeled by the growers," says Lehar. While he is less concerned about the supply of goods, he sees a potential problem for the industry with new demands from the trade. 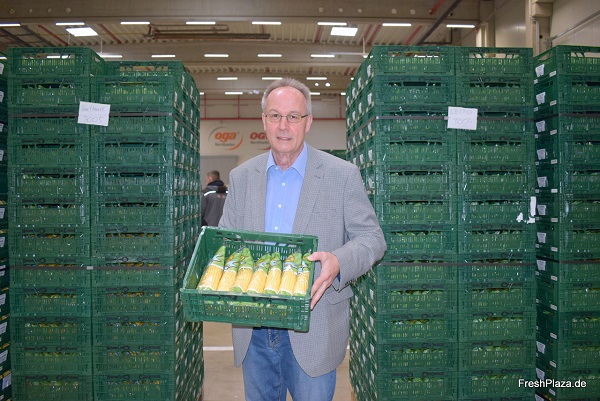 Managing director Hans Lehar with a crate of sweet corn

Appeal for uniform and Europe-wide climate protection and sustainability standards
Meanwhile, he said he was concerned that suppliers could face a similar situation on the issues of sustainability and climate protection as they had previously faced on the issue of crop protection. "Before every retail group defines its own specifications again and demands implementation from suppliers, it would be better to find an industry solution at European level," Lehar said.

"We have already inquired with our associations at the state and national level whether there are already corresponding activities. Freshfel Europe has been representing the approach via Brussels since January to find an industry solution for the fruit and vegetable sector at European level, with which all parties involved can work in a uniform and meaningful way."

"We need to work in partnership with our customers to find a solution that meets the specific circumstances of the fruit and vegetable industry. I would like to see a consensus between producers/suppliers and the trade on these fundamental issues and not have us facing different specifications and deadlines. We should all have learned from the problems of different definitions of permissible plant protection active ingredients. And this is where the industry associations and the food retail sector are called upon." 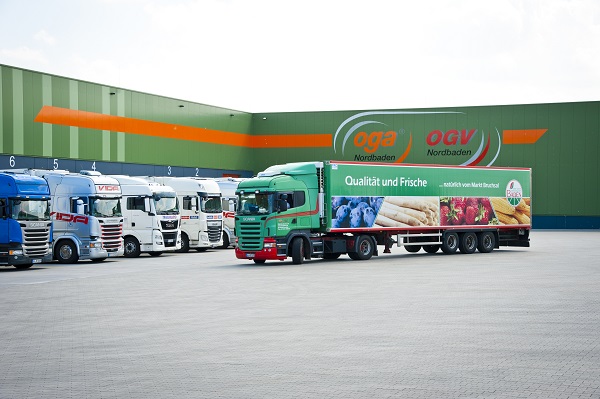 Putting the "Made in Germany" label in the foreground
He is also critical of the focus on marketing strategies that put more emphasis on individual regions and federal states instead of promoting German products as a whole. "Almost every federal state has its own marketing agency or company; everyone wants to create their own mark. I think this is now completely excessive, and the competition that has arisen between regions is hurting producers. Different packaging, films and labels are needed and cost-saving larger order quantities are no longer possible. In the case of imported goods, it makes no difference at all which region the goods come from. There one speaks of Spanish strawberries, grapes from Italy or Argentine blueberries."

consumer would prefer this regionality, I think in many cases is not an accurate statement. If one were to ask for German origin in surveys, I think we would have the same survey result. Price and quality are decisive. If then the country of origin is also correct, everything is fine. Our Federal Association of Producer Organizations for Fruit and Vegetables is taking the path of promoting Germany as a whole and raising awareness of the 'Harvested in Germany' label again. It would be desirable if a rethinking process took place in the industry," says Lehar.