The Limalexia's (Limgroup) lovely, large fruit is why Dutch strawberry grower Mark van Aert largely abandoned the Elsanta variety. "It simply doesn't satisfy people's wishes anymore. These fruits are so small, especially during a hot summer, that the labor costs to pick them now outweigh the benefits," he says. Now Van Aert grows Limalexia on just under ten hectares, in an open field, on ridges with white foil. "I first tried a few boxes and loved it immediately. It's now for the fourth year that I'm growing Limalexia on a large, serious scale." 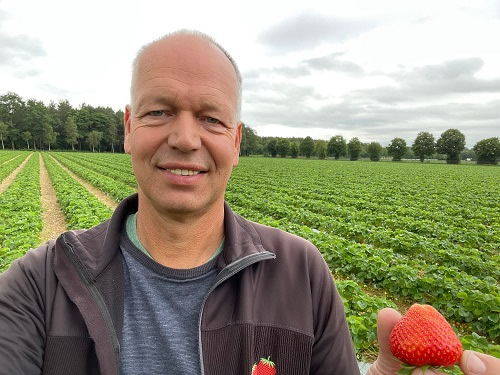 A size larger
Mark has zero regrets about switching to Limalexia. "On average, the fruits are one size larger than those of Elsanta. That means about ten percent extra production. Also, large strawberries fetch much better prices," he explains. These nice, large fruits are because of the flowering spread. "With Elsanta, the flowers all open simultaneously, which taxes the plant enormously. But, with Limalexia, the flowering is spread over the flower branch. As I pick the first fruits, the last flowers still have to open."

Van Aert is also happy with Limalexia's flavor. "It's really super aromatic. Where Elsanta tastes fresh and a bit sour and Sonsation tangy, Limalexia's sweet aromatic flavor stands out. Consumers love how it tastes," he says. That unusual flavor is why Van Aert made a case to his buyer, Veling Hoogstraten, to start trading Limalexia. "That's going extremely well." 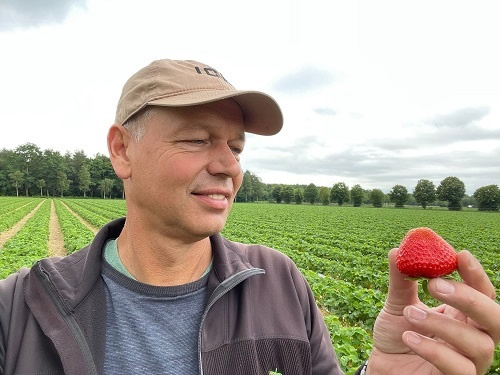 Not all sales channels are open (yet) to this variety. "I can recommend Limalexia to every open field grower, but it's important that your cooperative wants to market this variety. So it has to be in consultation with the sales organization. If they stick to the conventional varieties, it will be difficult," Mark advises.

Waiting bed plants
He considers Limalexia an alternative for, particularly, full soil cultivation. "It's mainly the waiting-bed plants that make the difference. I've tried Limalexia on trays in the greenhouse and racks, but then they're not distinctive enough. Elsanta are then of an acceptable size. If the market prefers Elsanta, it makes things tough, even though Limalexia gives more kilos."

Limalexia has one area of concern: its susceptibility to Botrytis. "This variety likes warm weather. So with the changing climate, this is an excellent variety for the future. But if the weather is cooler, Botrytis isn't far behind," Van Aert says. He tries to solve this by providing the crop with more targeted nutrition. "There is T-tape near my beds. That prevents the crop from getting unnecessarily wet. That already makes a significant difference. I give the plants a lot of potassium, which makes them stronger and more resistant to Botrytis," he concludes.