Producers of the Protected Geographical Indication (PGI) Poma de Girona expect to harvest 88,500 tons of apples this year. The figure is 13% lower than in 2021, when a total production of 101,750 tons was reached, the highest figure since the PGI was created. 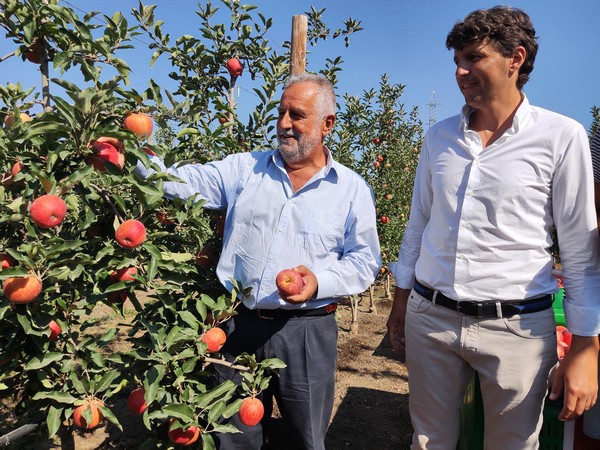 Journalist and writer Rafel Nadal, left, guest at the start of the 2022 Girona apple harvest

The production in 2022 could be one of the three highest in the last decade. As a result of the warm weather this year, there should be "sweeter" apples, but some varieties "won't acquire a reddish tone that easily." For years, Girona growers have been applying different techniques to adapt to and cope with climate change, such as installing nets to prevent sun damage, searching for varieties adapted to hot climates, replacing original fertilizers and plant covers. Poma de Girona, which this year has reached almost 2,000 hectares, has officially kicked off the harvest in an event at IRTA-Mas Badia, in the Catalan municipality of Canet de la Tallada, with journalist and writer Rafel Nadal as special guest. 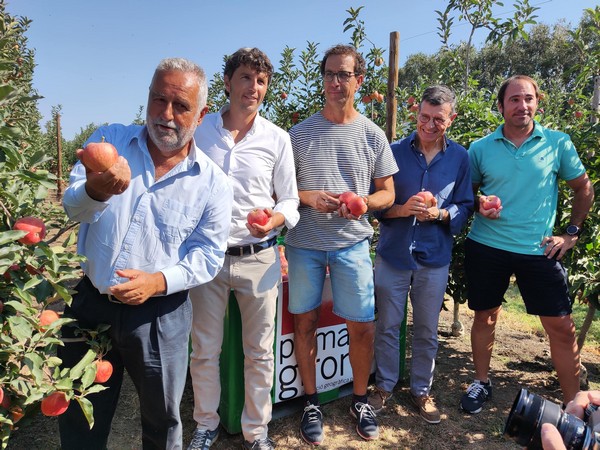 Poma de Girona is made up of 78 producer families from the companies Girona Fruits, Giropoma Costa Brava and Fructícola Empordà. In 2021, they reached a total production of 101,750 tons of apples, the highest on record. In 2022, the production is not expected to exceed that record, but up until November the prospect is to harvest 88,500 tons, according to data from the Catalan Fruit Business Association (Afrucat). This would be the third highest figure in the last decade (behind those of 2021 and 2014).

"It will be a big production. Despite the difficulties in the coloring of bicolor varieties, a good quality apple is expected in terms of sweetness and average fruit size," says Joan Bonany, director of IRTA-Mas Badia. The production of Poma de Girona is very important for Catalonia and Spain. It accounts for 39% of Catalonia's production and almost 20% of Spain's (1 out of every 5 apples produced in Spain are from Girona).