"We can supply organic apples twelve months a year"

South Tyrol is not only a popular vacation destination, but is also home to a pioneer in the cultivation of organic apples. The Association of Val Venosta Fruit and Vegetable Producers (VIP) is one of the largest producers of organic apples in all of Europe. We spoke with Barbara Gamper at Biofach about the development of VIP's organic apple segment. 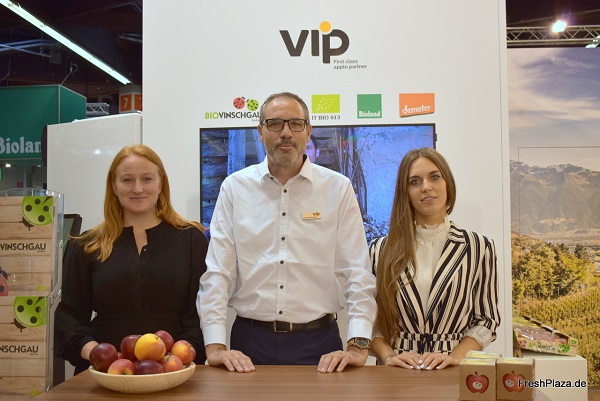 Good harvest - but ten percent less than last year
"The harvest for 2022 will start in mid/late August and run until about October/November. We expect a yield of 40,000 to 42,000 tons. The volume will be about ten percent lower than last year. We had a few hailstorms last year, but overall we are satisfied with both the quality and the quantity," says Gamper. 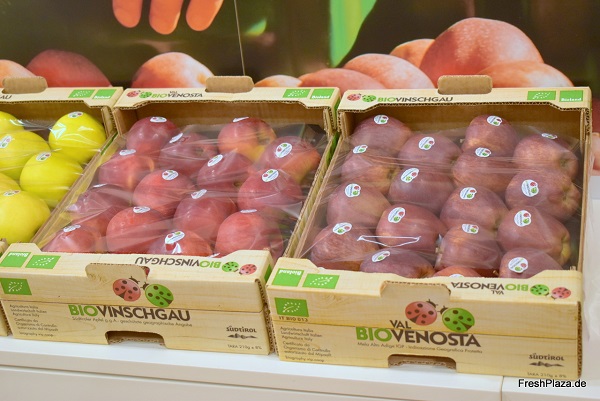 280 organic producers
The producers' cooperative from Val Venosta consists of a total of 1,600 producers, 280 of whom practice organic cultivation. "We at VIP take care of storage, sorting, packaging, as well as marketing and selling the products. In recent years, 30-40 organic producers have been added annually. Currently, there is only a slight growth. The share of organic acreage is currently 20 percent. I think it will settle at that 20 percent for now," Gamper says.

"We market our apples worldwide. The main markets for us are Germany and Scandinavia, but of course also our home market Italy. Considerable quantities are also sold to England and Spain, and smaller quantities worldwide. There are major regional differences in terms of interest in certain varieties. For example, sweet apples tend to be consumed in the south, while tart varieties are more popular in the north."

Sustainable packaging
"Not to use plastic if we can avoid it, that's the motto for the packaging of our apples," Gamper says. To sell its apples, the company uses fruit trays made of 100 percent cardboard or grass paper, among other materials. "The great thing about this packaging is that the apples are transported gently and at the same time plastic can be completely eliminated. The machines for this packaging have been with us for four years," Gamper said. "We would like to do without plastic more and more and are conducting research on this accordingly. But our claim always remains that the apples should remain protected in the end, especially in terms of shelf life, transport, but also how they are prepared on the shelves."

Year-round supply of apples
"The cultivation of organic apples has a long tradition in Val Venosta. A special feature of ours is that we are able to supply organic apples twelve months a year - making us a reliable partner and supplier," says Gamper.

The main variety in Vinschgau's organic cultivation is Gala. Gamper: "We grow a large number of traditional varieties. In addition to this, a great many new contract or club varieties are added. In organic cultivation, resistant or multi-resistant apple varieties are currently a big topic. On this wall (see picture below) you can see the most important varieties, which are subdivided according to their respective flavors, among other things." 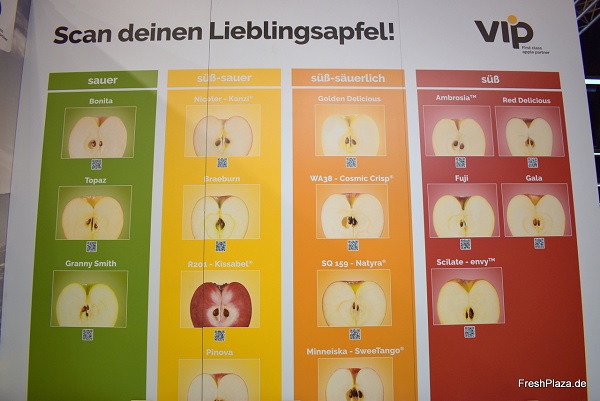