"This year, there will be hardly be any Paraguayo peaches in Europe from late August”

In general, the consumption of certain species of stone and pome fruit has shown a surprisingly downward trend this year, despite the supply levels. In Lleida, one of Spain's main stone fruit and pear producing areas, activity in the sector is much lower than usual, given that the frosts have barely spared 30% of the harvest.

"Although Extremadura's stone fruit campaign is also underway at the moment and its volumes do not usually drop until early August, the Ebro valley, in Catalonia and Aragon remain the country's main producing areas and, therefore, they are the ones with the power to set the campaign's trends," says Albert Carnicé, commercial director of Copa Fresh, a stone fruit and pome fruit producer and marketer located in Mollerussa, Lleida. 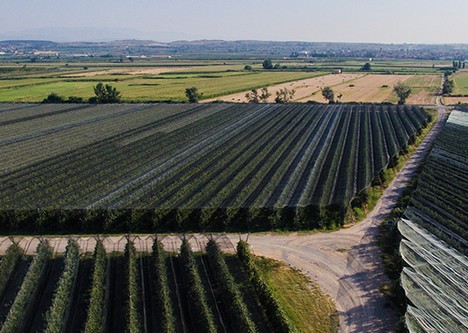 But this year, these growing areas have lost 70% of their production to frosts. "It seems that it's becoming more and more common to have very warm springs, with temperatures above 20 degrees that accelerate the flowering of the trees. Then, suddenly, temperatures drop when the flowers are open and fully exposed. If this happened once, it would be a one-time occurrence, but when it happens 3 years in a row, with such a uniform impact on the area, we are talking about a trend. The sector is investing in systems to protect itself from frost, but it feels like bailing water out from a sinking ship using buckets. Climate change has become a serious problem for this sector, which is the engine of the economy in the area," he says.

This year, therefore, activity is low in the sector, with many packing houses closed that have transferred their production to larger ones, causing more production to be concentrated in fewer entities. "With the fruit supply that there is, we assume that by mid-August everything will have been harvested and that we will not be able to hold the fruit in the chambers as we usually do in other years in order to extend the campaign. As of August 25, there will hardly be any Paraguayo peaches in Europe," says Albert.

Meanwhile, the other Mediterranean producing countries, namely Italy, France, Greece, Turkey and Hungary, have fruit available. "This is putting us in a weak position in the market, as it is preventing us from being competitive. Prices are higher, but consumption of certain species of stone fruit is down by around 25% this year across Europe," says Copa Fresh's commercial director. "One of the most surprising and inexplicable cases is that of apricots, whose production is low across Europe and whose prices have gone up, but not by much."