Genesis Innovation and Viveros Hernandorena have joined forces to launch the new persimmon variety "Ribera Sun". The aim is to provide added value to the persimmon market, which is thirsty for varietal innovation and novelties to expand and improve the current supply. The new variety, which aims to relaunch the persimmon sector, has been granted plant variety protection. 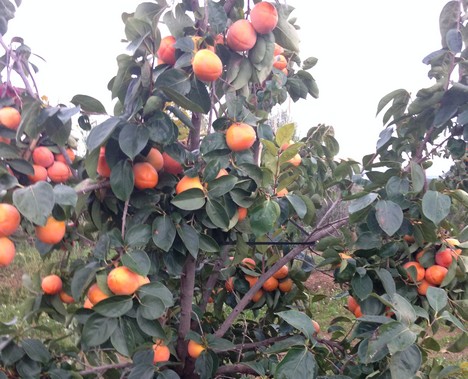 The persimmon sector has suffered a slowdown in recent years, going from 400,000 tons in 2019 to 300,000 in 2021. Many fields have been abandoned due to the cotonet pest (which has caused an increase of up to 30% in production costs) or the low prices growers receive for the fruit.

"It is essential to improve the current supply with new varieties that can help relaunch the persimmon sector, as until now it has remained almost entirely devoted to the Rojo Brillante," says Mateu Chilet, head of development at Genesis Innovation. 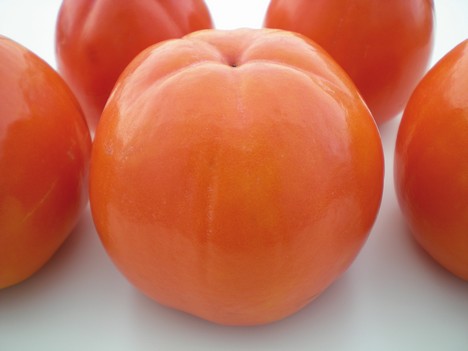 The Ribera Sun variety is a natural mutation of the Rojo Brillante discovered in the municipality of Benimodo, in the region of La Ribera Alta (Valencia), the location par excellence of persimmon cultivation in Spain. After several years of monitoring, the variety was submitted to the Spanish Plant Variety Office for registration and protection as a new plant variety, a title that was eventually granted in January 2022 for the next 30 years.

"Ribera Sun is helping to decongest the current supply and to bring forward the start of the campaign with commercial calibers by up to two weeks. The tree has good vigor and produces high quality fruit of a very attractive appearance, with a reddish, crisp and juicy flesh and a very sweet flavor. Its spherical shape is another improvement over the Rojo Brillante, as Ribera Sun fruits fit better in the box, greatly improving the appearance of the finished product. It is also very well suited for post-harvest treatments to eliminate its astringency and does not have or induce the appearance of seeds in other varieties," says Mateu Chilet. 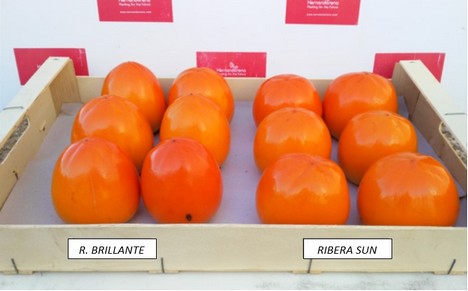 "With this new variety we are also making a clear commitment to sustainability, thanks to its lower water and fertilizer requirements, based on the initial trials carried out. It also achieves a higher productivity per hectare compared to the Rojo Brillante. These aspects are fundamental, given the very high awareness about environmental protection and sustainability," says Chilet.

The number of hectares to be licensed will be limited and in line with real market needs, in order to avoid situations of overproduction, as well as to try maximizing the value of the variety among producers and the various agents in the value chain. 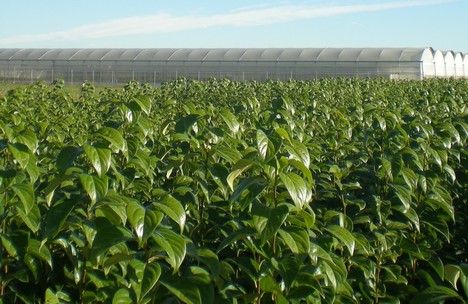 The project has been carried out by Viveros Hernandorena, a prestigious Valencian nursery and leader in Europe when it comes to the reproduction and management of persimmons, as far as quality and volume are concerned. Hernandorena is in charge of the exclusive multiplication of the plant material of the new Ribera Sun variety and is "offering the solid guarantee that growers will be able to obtain the best quality," says Chilet.