Another busy month has started for Spanish fruit and vegetable exports, led in the region of Andalusia by Almeria's productions. "So far, the weather is making the campaign fall somewhat short in terms of production volumes for products such as cucumbers, early tomatoes or zucchini. In November there was a week with low temperatures that took a toll on the plants' growth, and perhaps the current situation is a consequence of that cold period. However, at this point we have handled around 35% of our expected production volumes and there is still a long season ahead," says José Miguel López, president of the Almeria-based cooperative Hortamar. 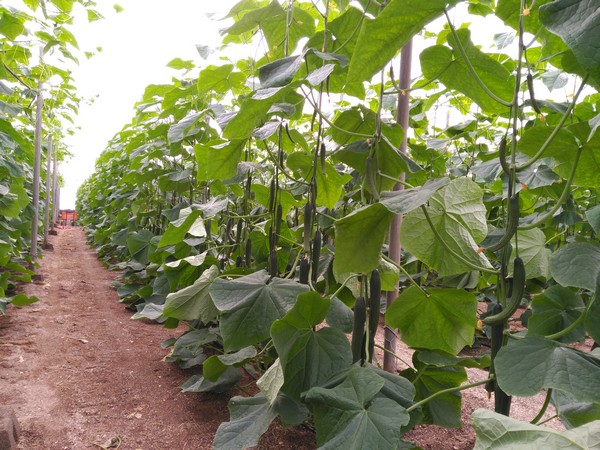 "As for prices, in week 5 they have rebounded after a slight drop in the previous week, and they are still better than those recorded in the first part of the campaign, and even last year. However, we've had to deal with a huge increase in the price of inputs. Fertilizer prices have increased by up to 100%, those of cardboard by 30% and those of plastic by 35%, and in mid-January, one of the most important irrigation communities of Almeria's Poniente has raised the price of the cubic meter of water to 0.45 Euro as a result of the high cost of energy, necessary to extract water from wells," says José Miguel. "This means that the price of well irrigation water is practically the same as that of desalinated water." 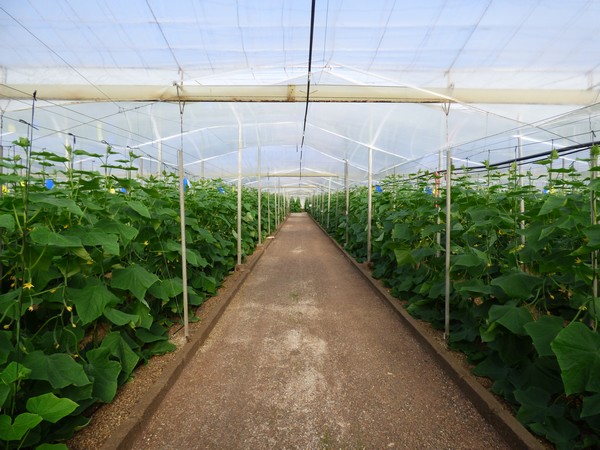 "Faced with this situation, we hope that the prices of our production will remain stable, to be able to make up for all these increases at the end of the campaign, and that the thousands of producers in the province will continue to be able to live from agriculture. The current logistics crisis and the problems caused by the stranding of the container ship in the Suez Canal should help us realize how dangerous it would be if we stopped producing here in Spain and our food supply depended on bringing the fruit and vegetables we consume from elsewhere," said the president of the cooperative.

45 years of history
This year, it will be 45 years since Hortamar was founded in Roquetas de Mar. In its long history, the cooperative has witnessed the development of protected agriculture in the province of Almeria, which, since its beginnings in the early 60's, has come to take more than 32,500 hectares, according to Cajamar data. Technological and varietal advances have allowed the province to become a leading supplier of vegetables and fruit in the European Union (bringing Spain to the top of intra-EU fruit and vegetable trade). 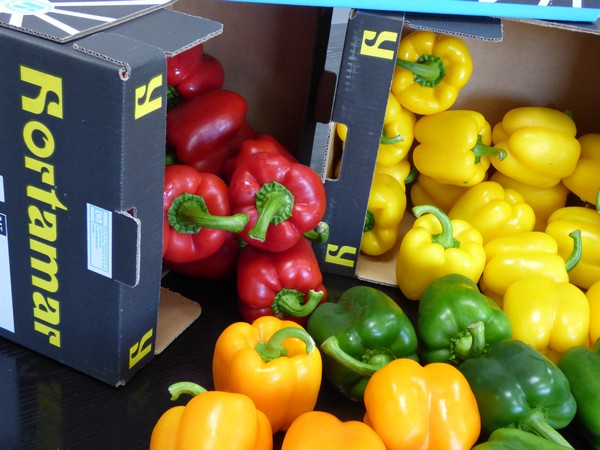 "My father was one of the partners who, in 1977, founded the Hortamar cooperative for the marketing and export of tomatoes. In the beginning they worked in the domestic market and sent their products to Perpignan," says José Miguel, who was 7 years old at the time. "Today we have more than 200 members and we are present in major supermarkets all over Europe, including Lidl, Edeka or Mercadona. Our most important products are Almeria cucumbers, of which we produce 15 million kilos; and plum tomatoes and bell peppers, both with 10 million kilos per year. We also produce Palermo peppers, hot peppers, the specialty white bell pepper, which is highly appreciated in Germany by the Turkish community (although this year we have not planted it for the winter season), eggplants and papaya." 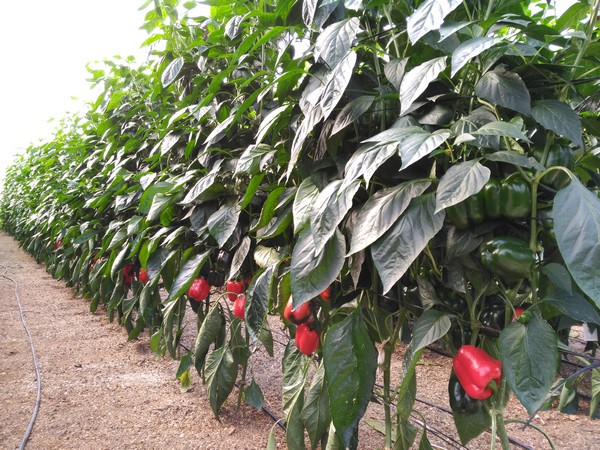 "Despite the fact that tomato has been a key crop for Hortamar, and the one for which the cooperative was founded, in recent years production costs, mainly labor costs, have caused the crop to lose ground in favor of others, mainly bell peppers, because we are not able to compete with the productions of third countries, which are obtained paying wages of 7-8 Euro per day, which is what we pay here for an hour of work." 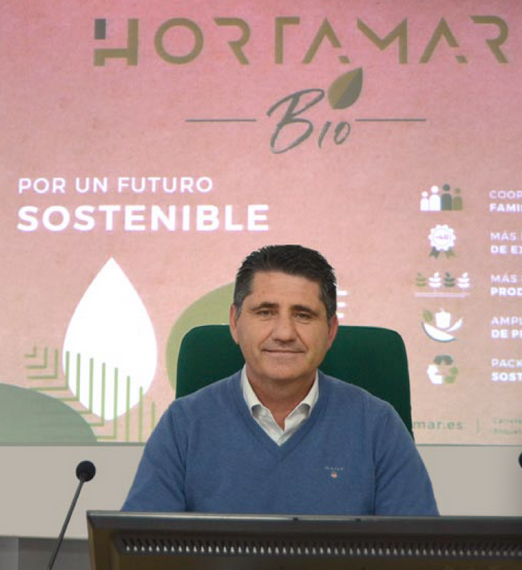 "In the spring season we produce watermelons, melons and sweetcorn. As regards watermelons, last year's season was difficult, with very low prices that in some cases did not even cover the production costs. Perhaps that is why we are seeing slightly less watermelon being planted and this year there is a tendency to start the transplanting earlier," says José Miguel López (on the photo).

New facilities for organic production processing
Hortamar has the Hortamar Bío line of organic vegetables, which will soon arrive to the company's new facilities.

"Four years ago we opted for organic farming. It has been well accepted by our members and our customers, and in a few weeks, our new 2,000 m² facilities, intended exclusively for the handling and packaging of our organic production, will become operative," says the president of the cooperative. 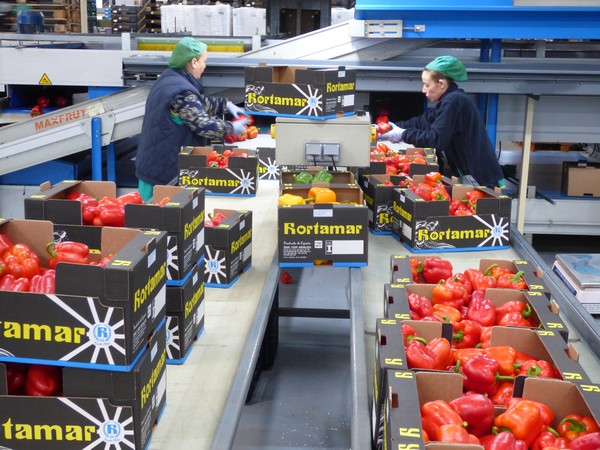