A quick overview on some seasonal fruit and vegetables references

The production areas between Licata and Palma di Montechiaro of the Italian company Bio Hortus, managed by Antonio Morreale, have just opened the European production season. The Sicilian fruit and vegetable season has not been touched by the bad weather of the last days, unlike other areas of Italy. The melon season has begun in mid March, with the premature netted variety cultivated under polytunnels, and it will continue until June. 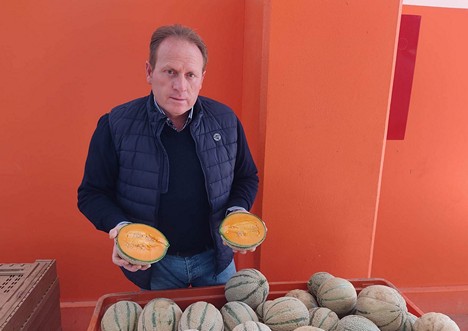 "Usually, until the first harvests take place, the product available on the shelves are of non-European origin. The melons that are prior to the Italian ones are Senegalese and Moroccan. The Sicilian cantaloupe, like the other types of melons, this year has grown optimally. The setting has occurred in a natural way and the fruits are growing and ripening".

"Consumption is currently slow due to weather conditions that are still rather harsh for this time of the year. Even if prices are satisfactory, it must be stressed that we are in the settling phase of the commercial campaign, which is a delicate moment due to the many different factors influencing the market. To date, wholesale prices for the large-scale retail trade have been 2.20 euros/kg and lower". 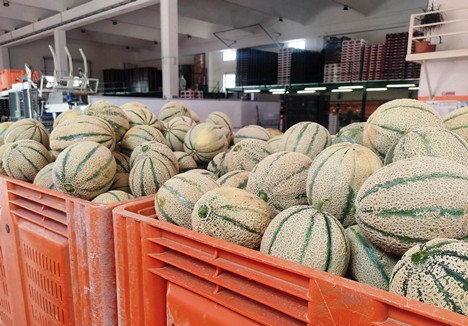 "With regard to melons, our mini watermelons will soon be available, which are also cultivated both under polytunnels and in open fields. Their seasonality is almost identical to that of yellow melons and runs from the end of April to September. In May we will start the yellow melon season (polytunnel and open field), ending in October".

Meanwhile, the bell pepper and courgette seasons continue
"This year we are experiencing a rather favorable season with peppers that have nearly reached and exceeded 2.50 euros/kg, although now we are experiencing a price drop. It is a truly unprecedented season and we are happy about it. But if we're enjoying it, it's because others are suffering, and that dampens the festive mood. The Spanish product has completely failed and that means our Iberian colleagues are not doing well. In a more just world, all farmers should earn enough to honor the sacrifices they make," explained Morreale. 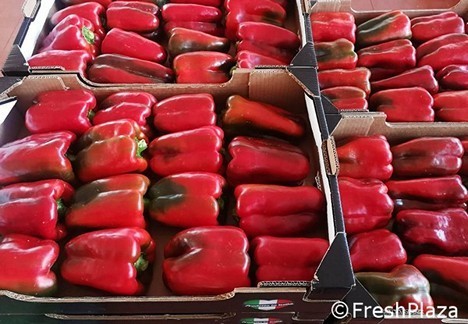 "The situation is different for courgettes, which are experiencing a commercial season at an all-time low. The average, in recent weeks, has not exceeded 0,25-0,30 € cents per kg, with major consequences for single-crop farmers. The causes are to be found in an overproduction in both Italy and Spain, due to a greater ability to manage the New Delhi virus. Last but not least, our most important productions also include table tomatoes, especially the smooth round and oxheart varieties.