Marked increase in pomegranate demand, but logistics are challenging 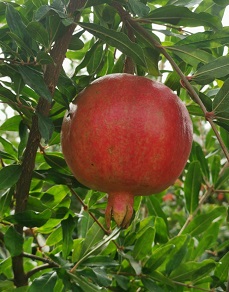 The South African pomegranate season has, in the Western Cape where 72% of South Africa’s production is based, moved from the early Herskovits to the Wonderful harvest. Yields are up after the ideal growing conditions that have been so beneficial for the Cape’s other fruit crops, and industry body POMASA is hoping it carries through to the Wonderful crop whose harvest started at the end of last week and will run into early next month.

There have been a lot of enquiries from Northern clients into class 1 fresh fruit to fill the supply gap.

On the processing side, it’s noticeable that retailers have increased their orders for processing pomegranates. “The customers we’ve spoken to, who supply all of the major retailers in the UK, say that there’s been a general decline in demand for many fruit categories but for pomegranates they’ve seen a marked increase in demand,” says Carnel Geddes, chairperson of the Pomegranate Producers’ Association of South Africa (POMASA). “The good properties of pomegranates are becoming more widely known.”

The first South African pomegranates are on the water to a combination of markets in Europe and the UK, the Middle East (a market that has seen a 1,720% growth over the past eight years and now takes more than half of South Africa’s pomegranates) and the Far East. 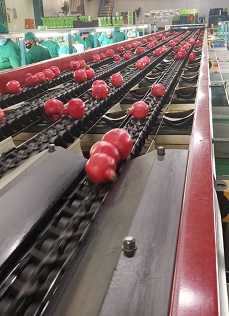 However, there is a constraint regarding packing facilities for Western Cape pomegranates. Packhouses are full of plums that can’t be loaded due to container shortages, restricting their ability to accept new fruit.


Pomegranate growers are having to take their bins and packed pallets to other cold stores – and in the Western Cape cold stores are rapidly running out capacity – adding time and transport costs.

Moreover, the worldwide lack of available shipping equipment has had an effect on pomegranates felt all the way to the farm.

“We also ship timber and there are no containers, anywhere, and that’s because of Covid,” she says, referring to the boom in orders from the US which is currently absorbing all of the world’s container supply.

“Luckily the good thing about the Wonderful is its shelf life, so it can keep well, even if there are small delays, but we are worried. Last year we really had to think out of the box, trucking our fruit to Port Elizabeth and Durban, to try and catch ships there because Cape Town was so congested. Now this time round, it’s not so much that the harbour is congested, it’s that the shipping lines don’t have equipment and empty containers.”

There are packed pomegranates that should have been loaded by now, but are still held in cold stores (adding to storage costs and shortage of space). 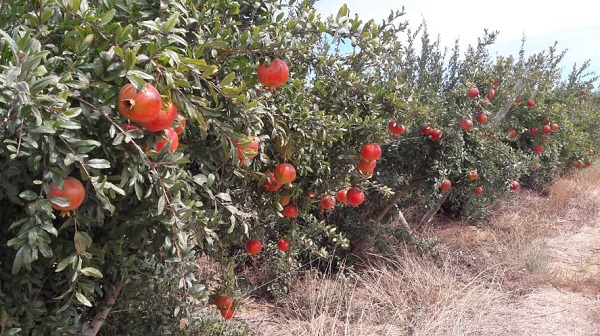 From 2018 to 2019 total exports for fresh and processing jumped by 44%, but slipped back with 6% to just over 1.5 million 3.8kg equivalent cartons exported in 2020; the drop was mainly because of the negative effect of the drought that the Western Cape had experienced, but also due to more fruit being sold to local processing companies (who process locally, but export the arils).

Pomegranate exports to the UK have seen a fourfold increase, while the pomegranate trade with Russia and the Indian Ocean Islands has doubled.

A video on managing false codling moth in South African pomegranate orchards, produced in conjunction with the Citrus Academy