A year ago, wholesaler BioTropic launched the project 'Reusable packaging for bananas' and it now relies on EPS reusable crates, especially developed for bananas. From now on, its bananas will be packed, ripened and delivered in reusable crates. This step is intended not only to reduce packaging waste, but also to protect the quality of the banana.

One folding crate can be used over 40 times. This saves raw materials for 40 cardboard boxes - which means that around 200,000 boxes do not have to be produced each year, saving resources, forests and the environment. Packaging waste will also be reduced, as the previous cardboard boxes were single-use items. 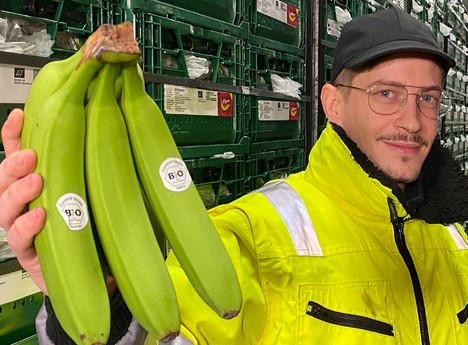 Folding crates ensure optimum fruit protection
BioTropic obtains its organic bananas from the Dominican Republic. Since 2007, it has had its own cultivation project there called 'Milagros' - a producer group consisting of several local members. At the packing station, the fruits are now packed in the green folding crates and loaded up for transport to Europe.

Volker Schmidt, operations manager in the Dominican Republic, explains: "The folding crates have already proved their worth. The bananas are better protected during transport because the crates are quite robust." At the same time, the folding action also means that they take up much less space than a cardboard box, allowing them to be stored more efficiently in the packing station. 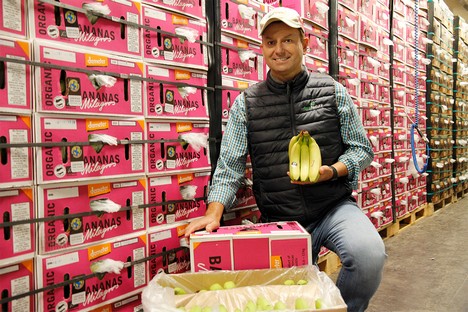 Advantages along the value chain
"The savings effects continue in our banana ripening facility," says  Sascha Suler, operations manager at BioTropic's Duisburg office. "Because of the many air holes in the crates, the natural ripening gas -ethylene- can reach the fruit more easily. The same advantage occurs during storage; less energy is used to control the temperature."

Using stickers affixed to the bananas, end consumers can scan a QR code that takes them to a recent YouTube explainer video. There, they can learn details about organic banana ripening and the background on switching to the reusable folding crate.