India has great potential when it comes to bananas

India is the leading banana producer worldwide. In 2019, volumes almost reached 30.5 million tons, i.e. 26.02% of the global production. Quantities are mostly absorbed on a domestic level, and very little is exported especially when it comes to Europe.

Leonardo Kabir Chhabra, a young Italo-Indian who founded his own company together with Marco Fiore, explains that "India is the leading banana producer worldwide but has never managed to export bananas to Europe like Central and Latin American countries such as Costa Rica, Colombia, Ecuador, Peru. The main market at the moment is the Middle East".

"Studies conducted in India revealed that this is due to various reasons. First of all, the Indian laws safeguard small producers, making it impossible to purchase more than 7 hectares. What is more, in some states companies cannot purchase agricultural land."

"In addition, in order to reduce production costs, Indian producers do not use fertilizers or crop protection products. This is of course a plus but, since producers employ organic cultivation techniques but have not studied them, the produce does not appeal to the European market."

Logistics is a further obstacle. "Indian bananas are tastier and sweeter than those currently exported to Europe, meaning they ripen earlier and can only withstand short transfers with constant monitoring between harvesting and loading. The cold chain must not be interrupted and humidity levels must be optimal. This sophisticated process discourages local exporters from sending produce to Europe."

Indian bananas in Italy
Considering all these factors, Kabir Chhabra and Fiore decided to produce Indian bananas suitable for the European markets. They boast a similar appearance, but are tastier than the fruits currently commercialized in Europe and free from residues. 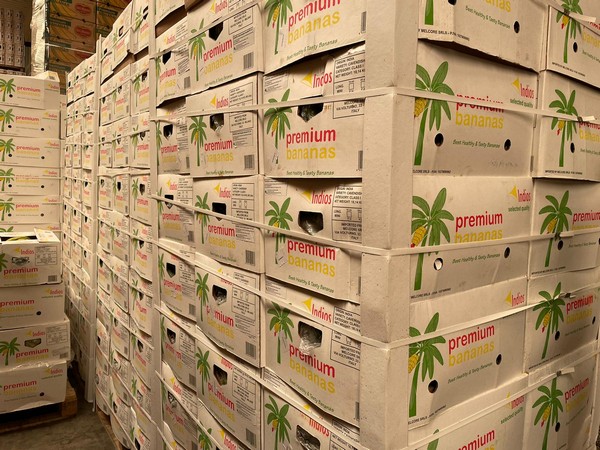 "We curated the plant and studied the soil, the balance of biological and chemical processes between plants and nature and the life cycle of the harmful and useful insects present in the local ecosystem. We created a favorable habitat for useful insects and consolidated a process to produce bananas that are appealing for European consumers and that contain all the nutrients provided by the soil and organic fertilizer."

"On February 10th, 2021, we brought our first container to Italy. We are now working on improving the sorting process, increasing hectares and continuing with shipments."