Organic asparagus supplies into the US are currently coming from central Mexico, where growers are reporting generally favorable conditions. One of the growers, Pampa Store, grows organic asparagus in Mexico for most of the year, and have just acquired more land with the aim of producing year-round.

"Pampa Store is currently producing in Bajio, Central Mexico during the window of April to September," said Hugo Flores of Pampa Store. "This is followed by production in the Constitution Valley from September to December. Shortly we´ll have production from Piedras Negras, Coahuila, Mexico."

"Our organic asparagus season extends from April to December covering nine months of supply to the US market," he continued. "We are constantly working to bridge the current gap we have from January to March. With that purpose and in order to meet our customers’ needs for year-round supply, Pampa Store has recently purchased 300 ha in the north-east of Mexico, bordering with the state of Texas, USA." 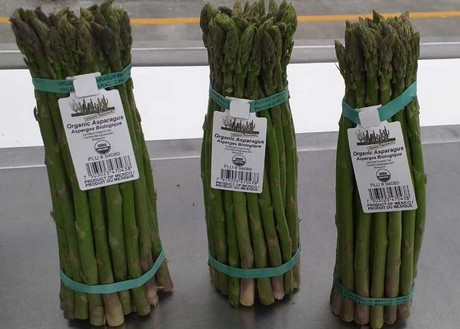 Growing demand
Pampa Store is clearly seeing increasing demand for organic asparagus, which is prompting the company to expand its supply. It's not just organic where the growth is happening either, with conventional asparagus also seeing growth.

"The asparagus market in the US appears to be strong, with good demand for both organic and recently conventional asparagus as well," Flores shared, adding that the volume produced does vary through the year. "The volume varies depending on the growing region and weather conditions. On average we are shipping two to three full truck loads per week and expect to keep similar volume this season. Our own plantations will definitely help us continue growing the supply volume in the following years." 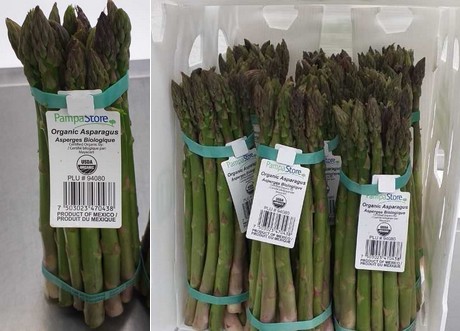 Packaging and distribution
For the most part, Pampa Store ships their organic asparagus in bulk configurations, but Flores mentioned that the company also has customized options available. "Our main presentation and the most standard is 5 kg/11 lbs box containing 11 bundles of 1 lb net each," he said. "We also work and pack in customized packing formats which vary according to the market. The product is shipped to the US mostly by truck which helps us optimize our sales prices while keeping high standards of quality of our product."

Flores also shared that last October, the CEO of Pampa Store, Federico Piccone, had been invited to discuss the 'Situation and Evolution of Asparagus in Mexico', as part of the framework of International Asparagus Days, a three day event held in Cesena Fiera, Italy.

"Asparagus is one of the core items of Pampa Store," He concluded. "We are proud to have an experienced team in growing and exporting asparagus both organic and conventional."