For some of the Polish apple farmers, the season is setting up to be a disaster. After two periods of heavy frost preceded by a dry period with hardly any rain, large chunks of the apple crops have been destroyed. Although the produce is already considered an actual apple, the fruit has dropped from the tree too early and is not suited for consumption.

Mohamed Marawan of SaraFruit said: “We have a lot of problems with the apple crops right now. When the frost hit Poland, we tried to protect our apples with spray that would protect them against the freezing temperatures. This did not result in the saving of our produce though. For my own farms, we’re losing about 85-90 per cent of the harvest. Some trees will only give us four apples, so there is no way farmers can make a profit. Prices will be exceptionally high and most of the apples will probably be used for the local market, rather than for export. We don’t know what the farmers will do to keep themselves afloat, but we’re trying to protect the apples that we do have from sickness to the best of our abilities.” 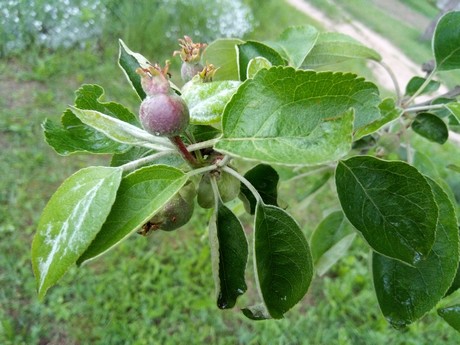 Anna Litwin has had experience in the apple trade for many years and also sees a devastating season ahead: “Although the regions close to me, Warka, don’t have it as bad as others, we still believe that about 30 to 40% of the harvest will be wasted. However I’ve heard from other regions losing between 80 and 95 per cent of their crops. The Gala and Champion varieties have minimal losses, while the Ida Red and Golden varieties are the big losers. Poland is a huge apple producing country though, so I’m sure we’ll have some produce left for export. But it’s going to be a very difficult season for apple growers.”

“After the second wave of frost hit us, we were optimistic. Of course there were going to be damages, but we sprayed the fruit with chemicals to protect them from further damage and everything seemed fine. However now we see the fruits have fallen from the tree. Our farms are located in the center of Poland. Some of the farm-owners I’ve spoken with claim they have lost 100% of their crops. Insurance companies are assessing the damages, however it’s not that bad everywhere. There are quite a few farms where crops are still available. Our assessment is that Poland will have about 40% of the crops surviving, where the rest is too damaged. It’s a sad sight to look at the orchards as it is very hard to even find a couple of apples.” said Emilia Lewandowska, sales manager for Fruit-Group. 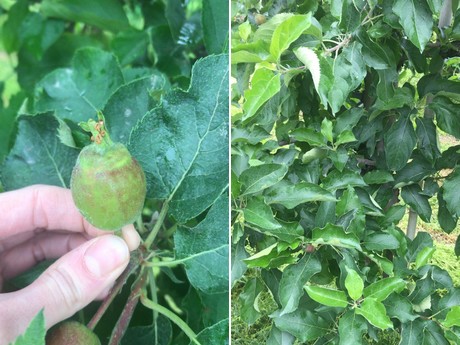 For some exporters it is still unknown what the damages will be. Timur Almaszy, export manager of Bart-Ex trade expects to have a full damage report in a week or two: “Until we get that damage report we are guessing at best. Of course we’re going to have losses, but whether we’re talking about 20, 30 or even 40% is very hard to say. Other regions might have it a lot worse than us, as we are located in the East of Poland.”

The NFO reports a minimum harvest for Polish apple growers. Miroslaw Maliszweski is the president of the Association of Polish Fruit Growers, he also thought the damages of the frost would be manageable: “We see now that the trees are dropping the fruits in large numbers. Our information shows that the harvest won’t just be significantly smaller than last year, but also less than the annual average and smaller than the previous frost pestered season in 2017.”