The center of Poland is yet again dealing with frost. Although the temperature varies per orchard, some have measured a temperature of -6 degrees Celsius. The frost has taken its toll on the fruits, leaving some apples and pears all black. The total damages have yet to be determined.

For Polish apple exporting company Fruit-Group the past few days have been a possible nightmare. Only a few weeks ago there was heavy frost across multiple regions in Poland. Although the situation didn’t seem too dire in terms of damages, this next wave of frost could potentially have real consequences for the growers. 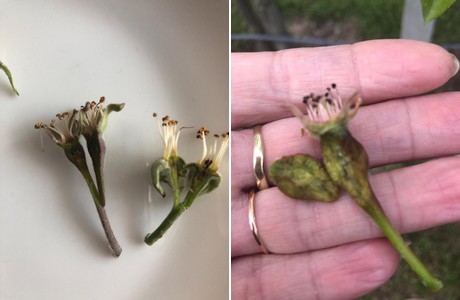 “In our region there was definitely more frost than in the other regions, we’re in the middle of Poland. The frost itself wasn’t too much of an issue, but the level of frost was very high. On our orchard we saw temperatures of -6 degrees Celsius, 15 kilometers further the temperature was -4. Some of our pears have turned completely black, the same can be said for a part of the apples. How big the actual damage is, is hard to determine. In June the flowering should start and we’ll have a better idea of what the volume of the harvest will be. But I think we can expect a lower yield than last year in plums, pears, sour and sweet cherry productions.” Emilia Lewandowska, office manager for Fruit-Group. 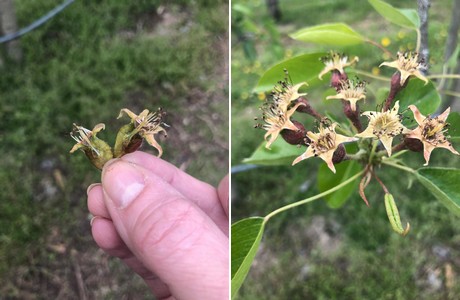 There was a frost alert for most of Poland, with the exception of the Northern regions, which are close to the sea. During the frost Lewandowska's father, the CEO of Fruit-Group, decided to make use of a heating machine: "We use a machine that warms up the soil and trees surrounding it during frost. This will hopefully help the flowers avoid any more frost damages. However there will for sure be various amounts of damages to pears, apples, sweet cherries and plums. To what extend is hard to say, we will simply have to wait and see.” Lewandowska concludes.