"Everyone was talking about a big El Nino, but for grapes I don't see a big issue"
Blueberries
The Peruvian blueberry export is still going strong. Rob Cullum from Pacific Produce, the European marketing arm of Peruvian producer La Calera, said they could keep supplying the European market through January and February. "We have programs set up until Christmas, although we may continue to ship in January and February depending on what Chile does. Argentina have been experiencing big quality problems this season and the Chilean season is running later than normal and are having issues with the weather." 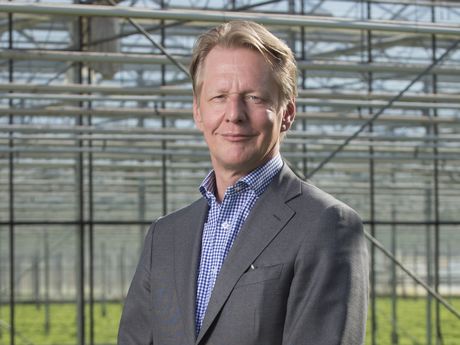 The deployed strategy of The Greenery, focussing on intensive chain collaboration with Retail and cost control, will not be changed.

Jaguar: joint efforts to promote Conference pears in China
Jaguar the Fresh Company has had a representative office in Shanghai since 2013. The company supplies wholesalers, retailers and a number of online shops including eGuo, Yiguo and Fruitday. Coco Zhu is the representative of Jaguar in China.

“Our strategy is that volumes of imported fruit traded by retailers will increase. In Europe, Jaguar has long-standing experienced supplier supermarkets. This knowledge we want to export to the Chinese market,” explains Coco.

New cherry orchards to Blossom in Tasmanian highlands
A section of Tasmania’s dry southern Midlands will soon be transformed into a lush cherry orchard thanks to a new irrigation project and state-of-the-art greenhouse.

An extensive irrigation scheme throughout Tasmania has paved the way for cherries to be grown more extensively throughout the state. While the Derwent and Huon valleys has become famous around the world for their cherries, many parts of Tasmania have been too dry to set up new orchards. The new orchard which will be planted at an elevation of between 400-450m will also mean that the harvest will be one of the latest in the southern hemisphere.

Bananas worst affected by Indian floods
The Tamil Nadu region of India is experiencing major flooding at the moment following the wettest November in a century.

The banana farmers in the region are taking the biggest hits from the downpours and are not able to get a good price for their bananas. Farmers are not willing to sell the bananas at these low prices and are not sending the bananas to market. This has led to many being destroyed.

"Lemon and pineapple prices drop considerably"
There have been Spanish lemons at importer Zeghers since the start of October. There was space on the market then, the supply from overseas had stopped. The Spanish lemon season started with high prices. "They have dropped considerably since then," says Peter Maes of Zeghers. "The price was 2 Euro back then, and is now between 1.20 and 1.40 per kilo."

Why didn’t Russia ban Turkish lemons?
After the Russian jet crisis in Turkey, Russia closed their doors to Turkish fresh fruit and vegetable exports. After the revelation of the banned products list, a lot of attention has been paid to the fact that lemons are not on it.

UK: Christmas sprout supply escapes storm damage
The border region on the east coast of Scotland got off lucky last weekend as storm Desmond battered the UK. Kenny Blair, Sales and Operations at Drysdales, the biggest producer in the area, said they were left pretty much unscathed.

"We got off lucky this time. Our Brussels sprout harvesting is right next to the sea at this time of the year, so we are not greatly affected by the frost over the Christmas period," explained Blair.

Rungis wholesale market signs contract to assist Russia
Rungis, the wholesale market that supplies the Paris region in fresh products has signed a contract for it’s first expansion outside of France. Rungis will lend it’s expertise and brand to it’s future equivalent in Moscow.

As the South African grape season gets underway the overall, total crop quality is very good with favourable weather conditions in all regions according to industry body SATGI.

"The Northern Province and Orange River regions are well into their harvest and
indications are that the crop estimate will favour the lower end of the overall total estimate."

A new variety of apple from New Zealand is set for widespread growth over the next few years as consumer awareness and demand increases around the world.

The Plumac variety – which has been developed by McGrath Nurseries from the Waikato district of New Zealand – has had a controlled release world-wide over the past few years, selling under the registered apple brand KORU®.

Australia lychee growers get set for first US shipment
Australian lychee growers are preparing for their first shipment of fruit to the US this December.

The shipment will see the start of a three-year pilot program exporting lychees to the continental US (except the state of Florida).

Seven Fields Managing Director Richard Byllaardt says the mangoes have been bred to solve a lot of the common issues of the popular Kensington Pride variety.


"Army has to protect drivers in Calais"
Marcel van Bruggen is the transport manager at ABC Logistics and is in the TLN committee that will discuss the situation at Calais on the 17th of December with the English, French and European authorities. According to Marcel, it is sorely needed: "Before the summer we would drive through the Channel tunnel with two or three trucks a day. Like many colleagues, the transport is now going through Hook of Holland. The camps at Calais are starting to become more and more permanent and the number of 'inhabitants' is growing day by day. The migrants are becoming increasingly aggressive and are increasingly attacking the drivers with baseball bats, stones and knives. This is why TLN is supporting the plans of the council of Calais to use the army to vacate the camps and protect the drivers."

Golden Wing Mau focuses on production, storage, packing, import/export and retail. The company is one of China's leading players in the fresh produce industry. GWM has a prominent network outside China since Capespan bought a 25% share in the company in 2010. Joyvio is the fresh product brand of the investment firm Legend Holdings and a prominent kiwi and blueberry producer in China. In addition, the company has invested in agriculture assets abroad, including farms in Chile.

Grape volumes down 20 – 25 % from early Namibian area
Betel fruit are harvesting Ralli Seedless, Autumn Royal, Sugarone, and Desert Seedless at the moment. “Later this week we will start with Dan Ben Hannah, Red Globe, and if we’re lucky, the first Thompson, but it will probably come in next week,” says Bertus Swart.

Collapse Chinese retailer Fruitcamp
Overnight a dozen of Fruitcamp stores have closed down in Guangzhou. Behind the closure emerges a funding crisis that runs from the top of the company down to its suppliers. The company has allegedly filed for bankruptcy today on December the 17th.

South African grape estimate reduced by a further 1 million cartons
The South African Table Grape Industry (SATI) has again reduced the 2016 estimate for the second time in a week.

The association confirms that the early regions 2015/2016 table grape crop is significantly lighter than expected as a result of the Orange River Valley indicating a total crop of between 18.0 and 18.5 million cartons, which is significantly lower than the original estimate for the region and is predominantly ascribed to an early season, smaller berry size and particularly warm and dry weather conditions.

"A lot of money is still spent on Christmas, just less on fruits and vegetables"
It’s almost Christmas and fruit and vegetable traders have more to do this week than usual. But it is no longer the Christmas rush it once was. “Around 15 years ago you would really see people buying volumes and request specialties, which are now available all year round. They are no longer just eaten at Christmas,” says Peter De Blaeij of De Blaeij, who have locations in the Netherlands and Belgium. “People now order more from the caterer and have it delivered to their home. There is still a lot of money being spent, just less on fruits and vegetables. You do notice that the prices of certain products go up a bit. For instance, you were paying a few Euro less for lychees a few weeks ago compared to now.”

Apple grower Simon Easton says the damage looked worse than in 2014, when hail and storms hit the region in November.