There is just one letter difference between Hoya and Hola, but it was enough for banana giant Fyffes to bring competitor Chiquita to court. Hoya and Hola are both used as labels for bananas which is confusing, according to the Irish multinational. Recently, a judge made a statement on the case.


The brand HOYA has been registered in the category fresh produce by Fyffes since the 80s. Two registrations were added in the 00s, where the brand was placed in a diamond in an oval. This brand is used on the European market. 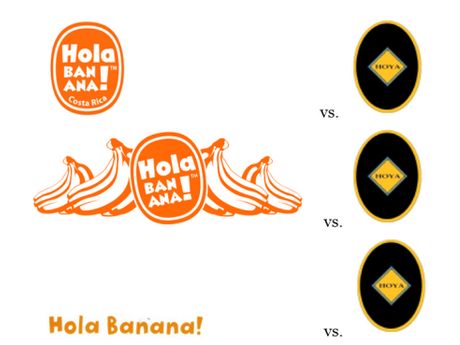 Chiquita sells bananas with the labels Chiquita and Consul on the same European market. In 2015, the brand 'Hola Banana!' was presented, which would be sold by the Brothers Van Aarle from Schijndel amongst others. The introduction of the new brand was announced on our websites, after which Fyffes decided to write a complaint.


On 29 March 2016, Fyffes commanded Chiquita to quit using the brand 'Hola Banana!' in a written letter. Eventually, a judicial process was started in court to decide the matter. Fyffes demanded that Chiquita stops using the brand. Chiquita is infringing on trademark rights, according to Fyffes. The arguments are as follows: Chiquita uses the brand 'Hola Bananas!' for a similar product as Hoya of Fyffes. The addition of 'Bananas!' has little value, because the brand distinguishes itself with 'Hola'. Hola and Hoya are very similar which could lead to confusion with the customers.


Chiquita reacted with the statement that Fyffes has not been using the brand Hoya in Europe for five years. The volume that is sold is quite small and for the most part used for export outside the EU. In addition, Chiquita did not think it convincing that the bananas would be bought by consumers. The invoices that Fyffes supplied showed that the deliveries were to wholesalers and ripening installations.


The Court in the Hague passed judgement in the case and decided that Fyffes was in the wrong. The similarity between the two labels is not sufficient, not even phonetically. Besides, Fyffes could not prove that there was any financial damage, according to the court.