In the first week of December, Giddings Fruit’s first Chilean blueberries of the season arrived in the US. The start of the season was slow and delayed due to a growing season that was impacted by low temperatures early on. In addition, there was some rain several weeks ago and more recently, the weather has been hot, impacting some of the varieties. “Some varieties are just better able to withstand the heat than others,” says Helena Beckett with Giddings Fruit USA. “The effect of the weather events varies by region as Chile has many micro-climates,” she added.

Despite the impact of these weather events, Beckett is looking forward to a better season compared to last year in terms of quality. In addition, volume is expected to be at least flat or up from last season. This also holds true for exports to the US. “The last two seasons were very complicated due to Covid. Labor shortages and logistics delays really affected shipments,” she said. “We don’t foresee that this year and expect supply, freshness, and quality to be excellent, bringing customers back to the stores to buy more.” 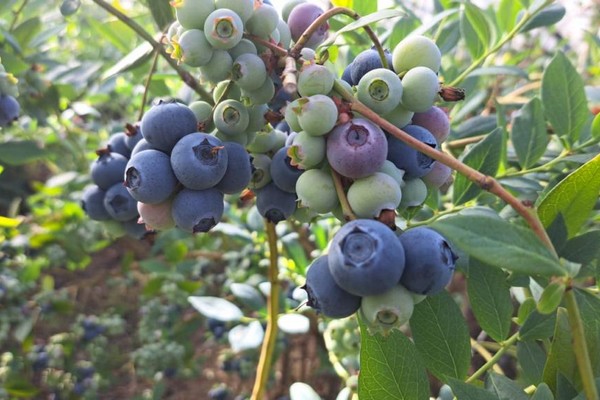 Demand for blueberries is anticipated to be at its best right after the holiday season. “Early January, consumers return to pre-holiday routines and focus on healthier eating and more exercise. Blueberries fit well with a healthy diet.” This peak in demand happens to be around the time supplies from Chile are peaking. Harvest of Chilean blueberries is expected to continue until early February, with arrivals completed by early March.